Bringing the War in Afghanistan to a Responsible End

May 27, 2014 at 4:20 PM ET by David Hudson
Twitter Facebook Email
Summary:
President Obama delivers remarks on the United States' next steps in Afghanistan, and how "we will bring America's longest war to a responsible end." 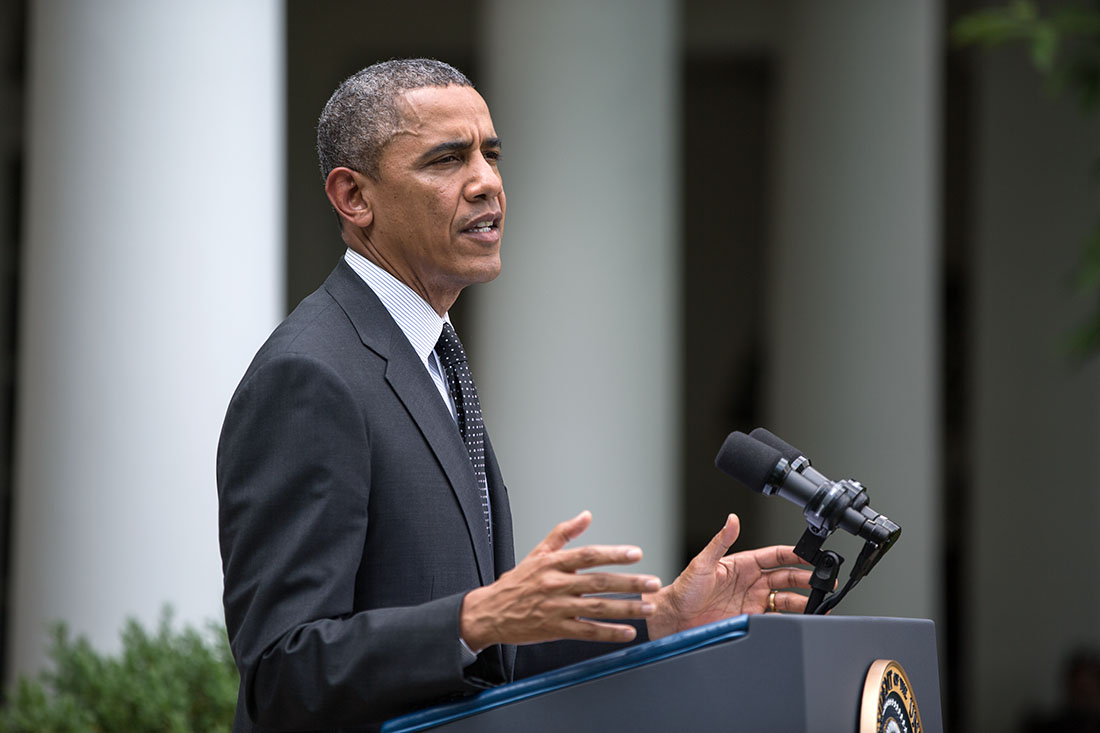 President Barack Obama delivers remarks regarding Afghanistan to the press in the Rose Garden of the White House, May 27, 2014. (Official White House Photo by Pete Souza)

This afternoon, in the White House Rose Garden, President Obama talked briefly about the United States' next steps in Afghanistan, and how "we will bring America's longest war to a responsible end."

Over the last several years, we’ve worked to transition security responsibilities to the Afghans. One year ago, Afghan forces assumed the lead for combat operations. Since then, they’ve continued to grow in size and in strength, while making huge sacrifices for their country. This transition has allowed us to steadily draw down our own forces -- from a peak of 100,000 U.S. troops, to roughly 32,000 today.

The President announced today that 22,000 more troops will return home by the end of the year, ending the U.S. combat mission in December 2014.

At the beginning of 2015, and contingent upon the Afghans signing a Bilateral Security Agreement and a status of forces agreement with NATO, 9,800 U.S. service members will remain in different parts of Afghanistan, together with our NATO allies and other partners.

That number will almost be cut in half by the end of 2015, and our remaining troops will be consolidated in Kabul and on Bagram Airfield. And by the end of 2016, the U.S. military presence in Afghanistan will draw down to a normal embassy presence in Kabul, along with a security assistance component, as we've done in Iraq.

I think Americans have learned that it’s harder to end wars than it is to begin them. Yet this is how wars end in the 21st century -- not through signing ceremonies, but through decisive blows against our adversaries, transitions to elected governments, security forces who take the lead and ultimately full responsibility. We remain committed to a sovereign, secure, stable, and unified Afghanistan. And toward that end, we will continue to support Afghan-led efforts to promote peace in their country through reconciliation.

We have to recognize that Afghanistan will not be a perfect place, and it is not America’s responsibility to make it one. The future of Afghanistan must be decided by Afghans. But what the United States can do -- what we will do -- is secure our interests and help give the Afghans a chance, an opportunity to seek a long, overdue and hard-earned peace. 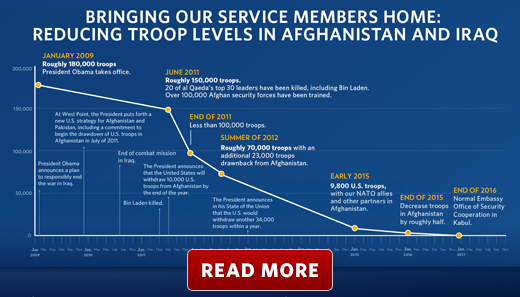