Of Selfless Sacrifice and Shared Burdens

May 27, 2014 at 5:51 PM ET by Koby Langley
Twitter Facebook Email
Summary:
Clara Gantt waited to be reunited with her husband, a veteran of World War II and the Korean War. She waited, and waited, and waited -- never to remarry. An American story of timeless love and loyalty was shared by the President during his Memorial Day remarks this year at Arlington National Cemetery. 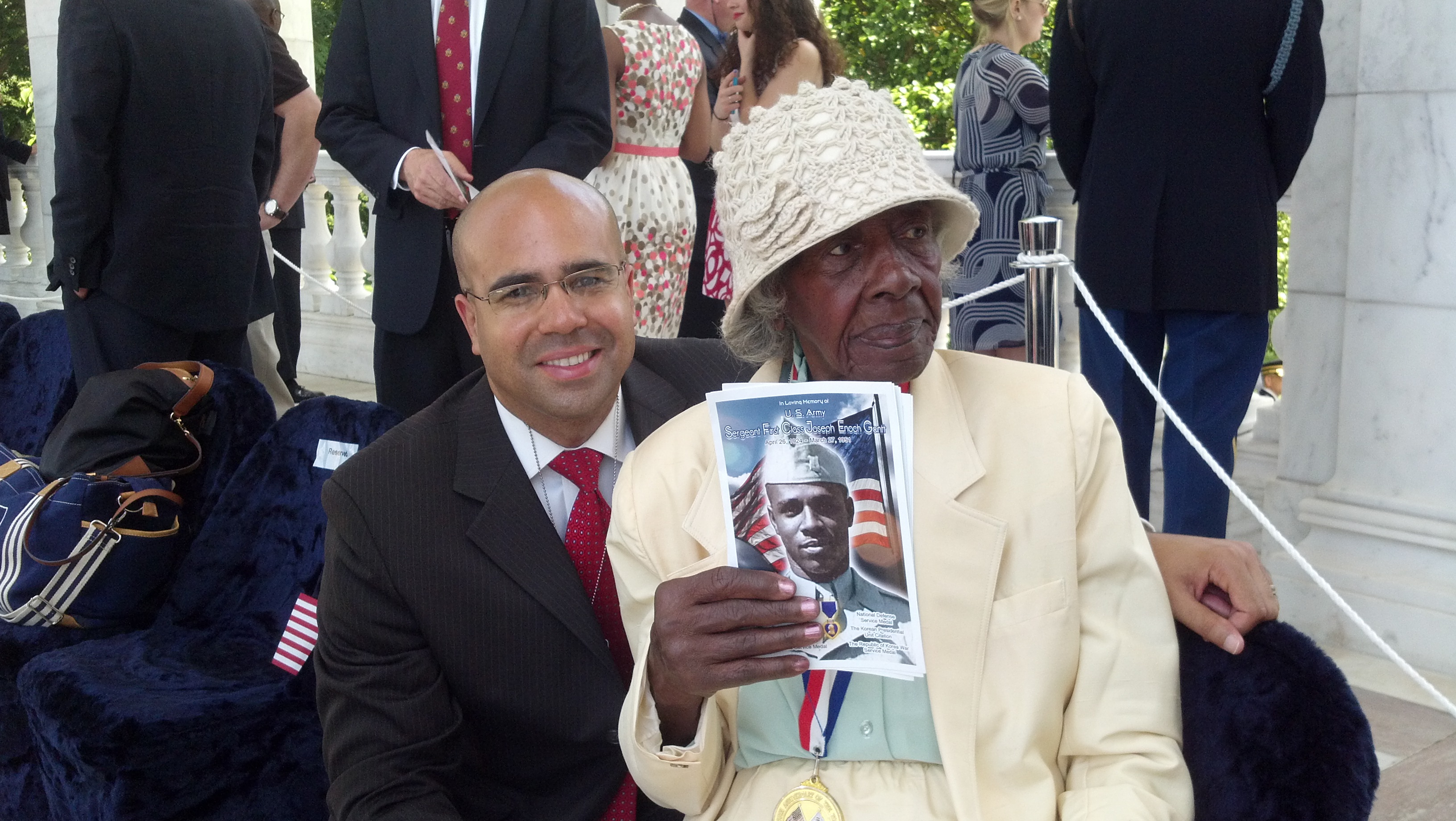 Clara Gantt waited to be reunited with her husband, a veteran of World War II and the Korean War. She waited, and waited, and waited -- never to remarry. An American story of timeless love and loyalty was shared by the President during the annual Memorial Day remarks at Arlington National Cemetery yesterday.

I was able to sit down with Ms. Gantt and her nephew for a special trip to Washington, D.C. to meet with the President over a Memorial Day breakfast, as well as other gold star families and several Veteran and Military Family Service Organizations.

Ms. Gantt was elated at the chance to meet the Commander-In-Chief, and shared the story of her husband, who was captured in the Korean War, and presumed dead. For more than 60 years, the remains of the war hero, who was posthumously awarded the Bronze Star Medal with Valor, were never identified nor returned to the United States.

President Obama shared the story of Clara and Joseph with all of America yesterday, at the Arlington National Cemetery Coliseum:

We draw strength as well from the love of the spouses of the fallen. Sergeant First Class Joseph Gantt was a young man but already a veteran of World War II when he met Clara Edwards on a train headed to California. He spent two years courting Clara before she finally agreed to marry him. Then, when Joseph deployed to Korea, he told his young wife to remarry if he didn’t come back. She told him no. He had a hard enough time getting her to say yes in the first place, she said. He had waited two years for her; she’d wait as long as it took for him to come home.

When Joseph went missing in action, Clara waited -- she waited 63 years. Meanwhile, our country continued to work to bring home the missing from all our wars. And then, last December -- last December -- his remains finally identified, Joseph returned home to be laid to rest. Clara never remarried during those 63 years. And now 96 years old, she was there to welcome him home. And we are honored to have Clara Gantt here with us today.

Clara took to her feet, all 96 years taking in the moment when the President spoke her name, and was met with a thunderous applause as she clutched to the dog tags around her neck.

In that moment, on this Memorial Day, we were all reminded of the best in all of us, of the sacrifices that are made by not only those who gave the last full measure of devotion, but of those left behind to carry their memory. Yesterday that burden was lifted and shared by all, if even only for a moment, by the collective American spirit, that never gives up, and that never leaves the fallen behind, that never forgets.

Koby Langley is the Director of Veteran, Wounded Warrior, and Military Family Engagement at the White House.