New Report: The All-of-the-Above Energy Strategy as a Path to Sustainable Economic Growth

May 29, 2014 at 11:30 AM ET by Jason Furman, Jim Stock
Twitter Facebook Email
Summary:
The United States is producing more oil and natural gas; generating more electricity from renewables such as wind and solar; and consuming less petroleum while holding electricity consumption constant. These developments have had substantial economic and energy security benefits, and they are helping to reduce carbon emissions in the energy sector and thereby tackle the challenge posed by climate change.

The U.S. energy sector is undergoing a profound transformation. The United States is producing more oil and natural gas, is generating more electricity from renewables such as wind and solar, and is consuming less petroleum while holding electricity consumption constant. As detailed in today’s report from the Council of Economic Advisers, these developments have had substantial economic and energy security benefits, and they are helping to reduce carbon emissions in the energy sector and thereby tackle the challenge posed by climate change. These trends have been supported and advanced by President Obama’s All-of-the-Above energy strategy.

1. Decades-long trends in energy use are being reversed. The U.S. is the world’s leading producer of petroleum and natural gas, surpassing long-standing petro-states Saudi Arabia and Russia. Accompanying these increases has been an unexpected turnaround in petroleum and gasoline demand; while industry-standard projections by the Energy Information Administration from as late as 2006 suggested ever-increasing consumption of oil and gasoline, U.S. gasoline consumption has fallen by 5.5 percent since 2007, or nearly half a million barrels per day. At the same time, production of renewable energy has increased rapidly.  Since 2008, electricity production generation from wind has tripled while solar generation is up more than ten-fold. 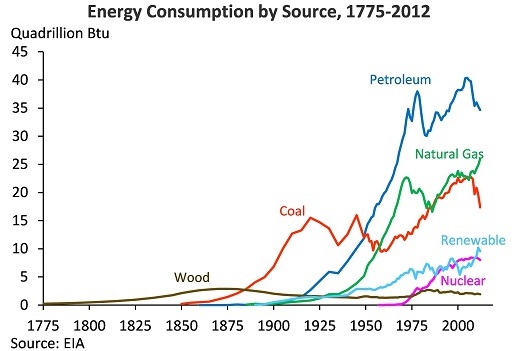 2. The energy sector has provided key support to the recovery from the Great Recession. Rising domestic energy production has made a significant contribution to GDP growth and job creation. The increases in oil and natural gas production alone contributed more than 0.2 percentage point to real GDP growth in both 2012 and 2013, and employment in these sectors increased by 133,000 between 2010 and 2013. Tens of thousands more jobs have been created in the solar and wind industries. These figures do not account for all the economic spillovers, so the overall impact on the economy of this growth in oil and gas production is even greater. 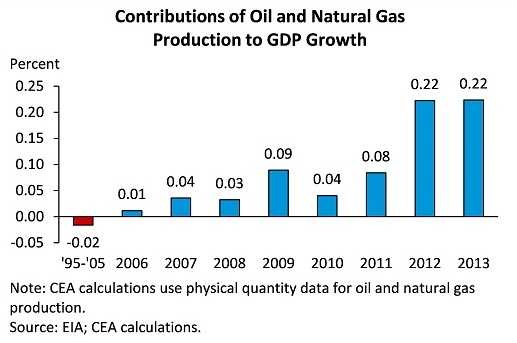 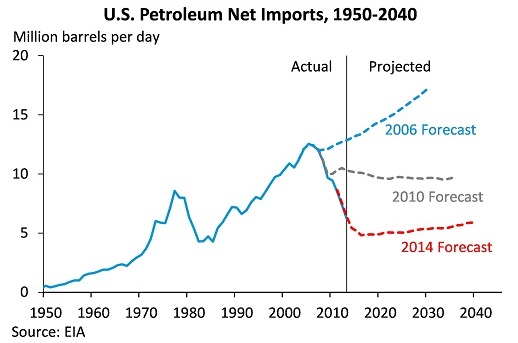 4. Natural gas is already playing a central role in the transition to a clean energy future. Natural gas is comparatively cleaner than many other sources of energy, and the Administration is supporting its safe and responsible development. Looking further ahead, developing natural gas generation infrastructure now prepares for future widespread deployment of renewable electricity generation. Developing base load natural gas infrastructure today facilitates its use tomorrow for peak demand and renewable backup generation. 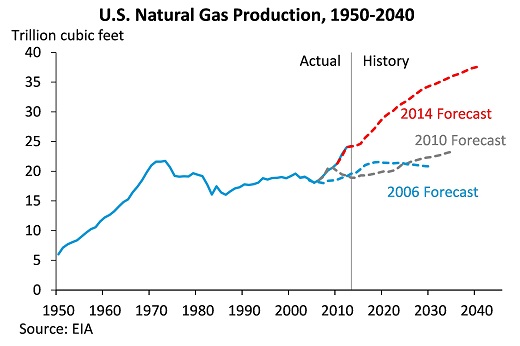 5. The energy revolution also includes a dramatic increase in the use of renewables but more needs to be done to support low- and zero-carbon emissions sources of energy. Government support, increasing competitiveness of wind and photovoltaic electricity production, and renewable portfolio standards that many states have adopted have together increased the share of electricity generated by non-hydro renewables from roughly 2 percent in 2007 to 6 percent in 2013. The Administration backs support for renewables, including the renewable energy production tax credit, and supports early deployment projects aimed at bringing down the ultimate market price of renewables. 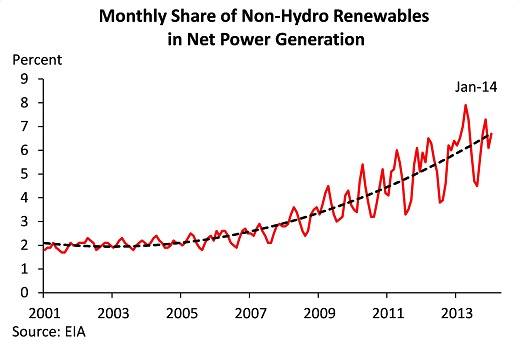 6. The United States is becoming more energy-efficient. The amount of energy used to produce a dollar of real GDP has declined steadily over the past four decades, and today stands at less than half of what it was in 1970. Moreover, consumption of petroleum including motor gasoline has declined significantly as fuel efficiency standards continue to rise. 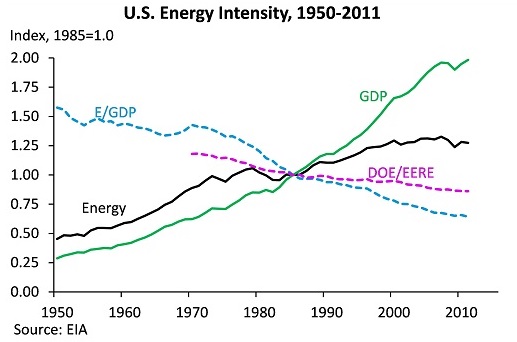 7. The United States has reduced its total carbon pollution since 2005 more than any other nation on Earth, though much more work remains to address this critical imperative. While energy-related CO2 emissions have fallen 10 percent from their peak in 2007, recent projections suggest that emissions could begin to increase again. In his 2013 State of the Union address, the President again called on Congress to pass legislation that would provide a market-based mechanism for reducing emissions. Absent a market-based solution, a central goal of national energy policy is to develop and to deploy low-carbon technologies that the market would not otherwise undertake because of the externality of greenhouse gas emissions. 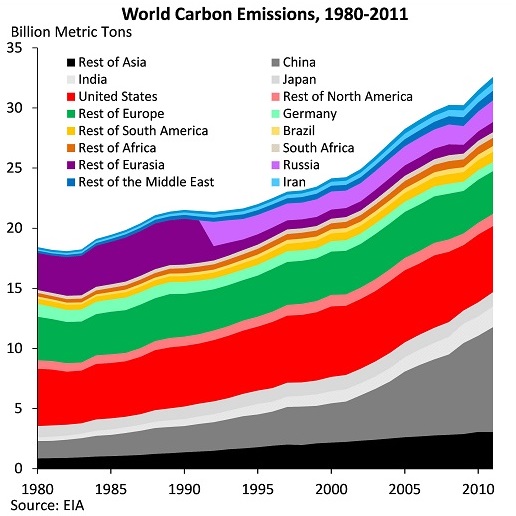