May 29, 2014 at 6:18 PM ET by David Hudson
Twitter Facebook Email
Summary:
President Obama hosts the the Healthy Kids and Safe Sports Concussion Summit at the White House to raise awareness and increase efforts to curb concussions and traumatic brain injuries. 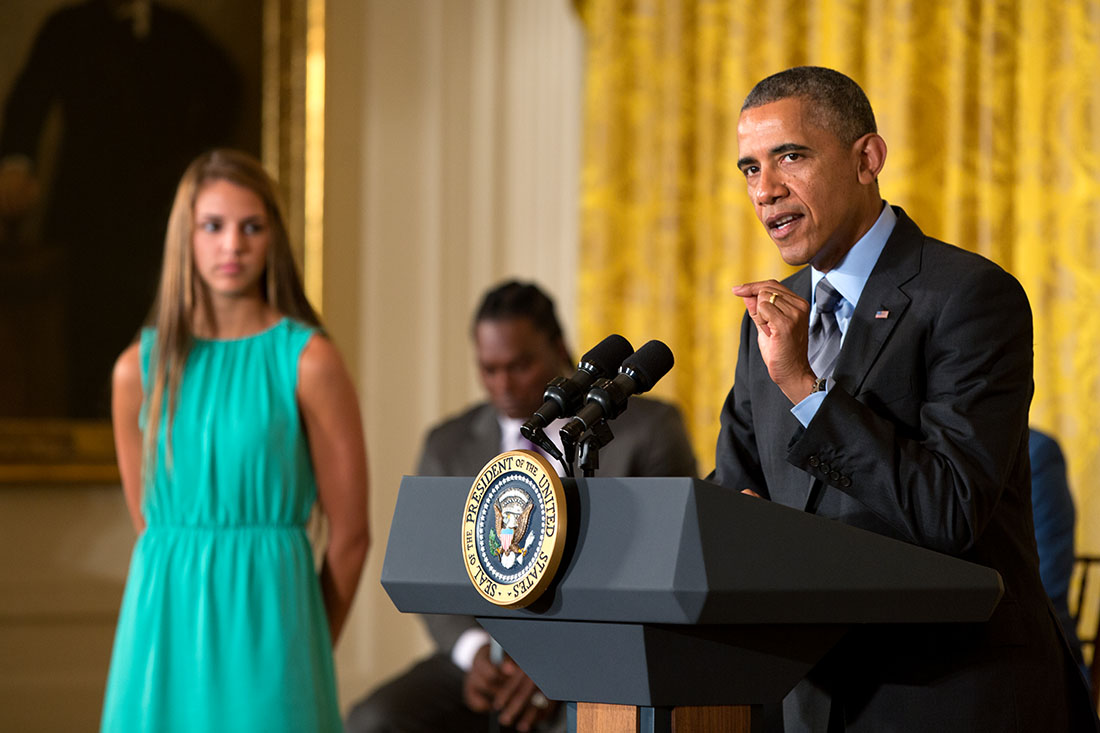 Whether he's on the court for a pick-up game of basketball, or filling out his March Madness bracket, President Obama doesn't hide the fact that he's an avid sports fan. And as a parent with two young daughters, he also realizes the importance of protecting our kids' health and safety.

To help ensure children's safety in sports, the President hosted the Healthy Kids and Safe Sports Concussion Summit this morning at the White House to address the growing risk of concussions in youth.

According to the Center for Disease Control, kids and young adults make nearly 250,000 emergency room visits each year as a result of brain injuries from sports and recreation. And that doesn't include visits that young people made to their family doctor, or those who don't seek any help.

President Obama addressed this alarming trend in his remarks today, urging caution and highlighting new research efforts focusing on brain injuries. He also highlighted a number of commitments by key stakeholders to expand our knowledge of concussions and give parents, coaches, clinicians, and young athletes the tools to prevent, identify, and respond to concussions.

Being a devoted participant and spectator of sports, President Obama is committed to providing a safe and enjoyable environment for our kids and young adults. As he said this morning, "That's what today is about -- is to give parents the information they need to help their kids compete safely."

"Sports teach us about teamwork and hard work and what it takes to succeed not only on the field, but in life." —Obama #HeadsUp4Safety