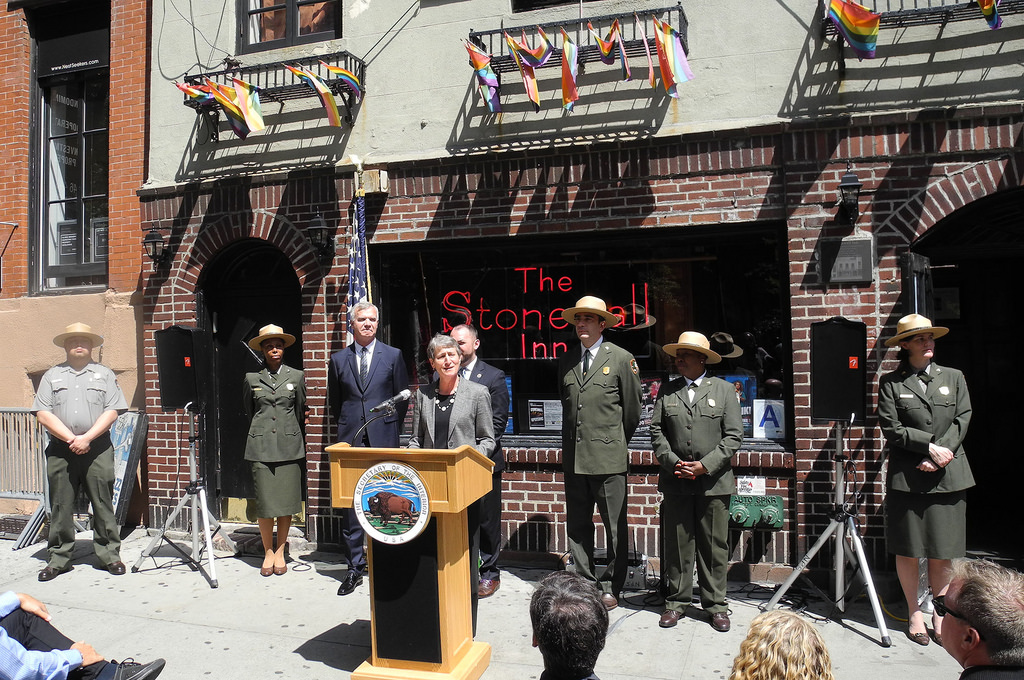 Ed. note: This was originally posted on the Department of the Interior website. See the original post here.

The men and women who serve in the National Park Service joined our organization to be part of something special, and all of us, no matter what our role, help bring America’s stories to life for our visitors. One of my priorities as we look toward the Service’s centennial year in 2016 has been to ensure that the stories we tell represent the diversity of the American experience and share stories that are relevant to all Americans. To help meet that goal, we have developed a series of heritage initiatives to explore ways that we can increase recognition of underrepresented groups in the National Park System through our interpretation and education programs and expand their inclusion in the National Register of Historic Places and the National Historic Landmarks Program. There is a wealth of information about NPS Heritage Initiatives available here.

Today, Secretary Jewell announced the latest NPS heritage initiative, which will focus on lesbian, gay, bisexual, and transgender (LGBT) Americans. The announcement took place outside the Stonewall Inn in New York City, which was the site of a riot in 1969 that is widely recognized as a catalyst for the civil rights movement in the LGBT community. The Secretary was joined by Tim Gill, founder of the Gill Foundation. The Gill Foundation's generous donation through the National Park Foundation provides major funding the LGBT theme study, which will form the cornerstone of the heritage initiative. As with our prior heritage initiatives focused on Asian American Pacific Islanders, American Latinos, and women’s history, the LGBT Heritage Initiative will focus on one of the primary story lines that the National Park Service tells – the American struggle for civil rights.

Following on today’s announcement, we will host a meeting on June 10 in Washington, DC to develop a framework and focus for the LGBT theme study with a group of more than a dozen of the nation’s most respected researchers and preservationists who have expertise on LGBT history and culture. There will be a public component of this meeting, too, allowing interested members of the public to hear about the initiative and share their thoughts about it.

The National Park Service has a responsibility to protect, preserve and tell the stories of some of our nation’s most iconic places, and as part of that responsibility, it is our job to be sure that Americans never forget where we’ve been, where we are, and what we aspire to be as a nation. I am excited to see how the outcomes of the LGBT Heritage Initiative and theme study will allow us to share a more inclusive version of our uniquely American experience.

Jon B. Jarvis is the Director of the National Park Service.