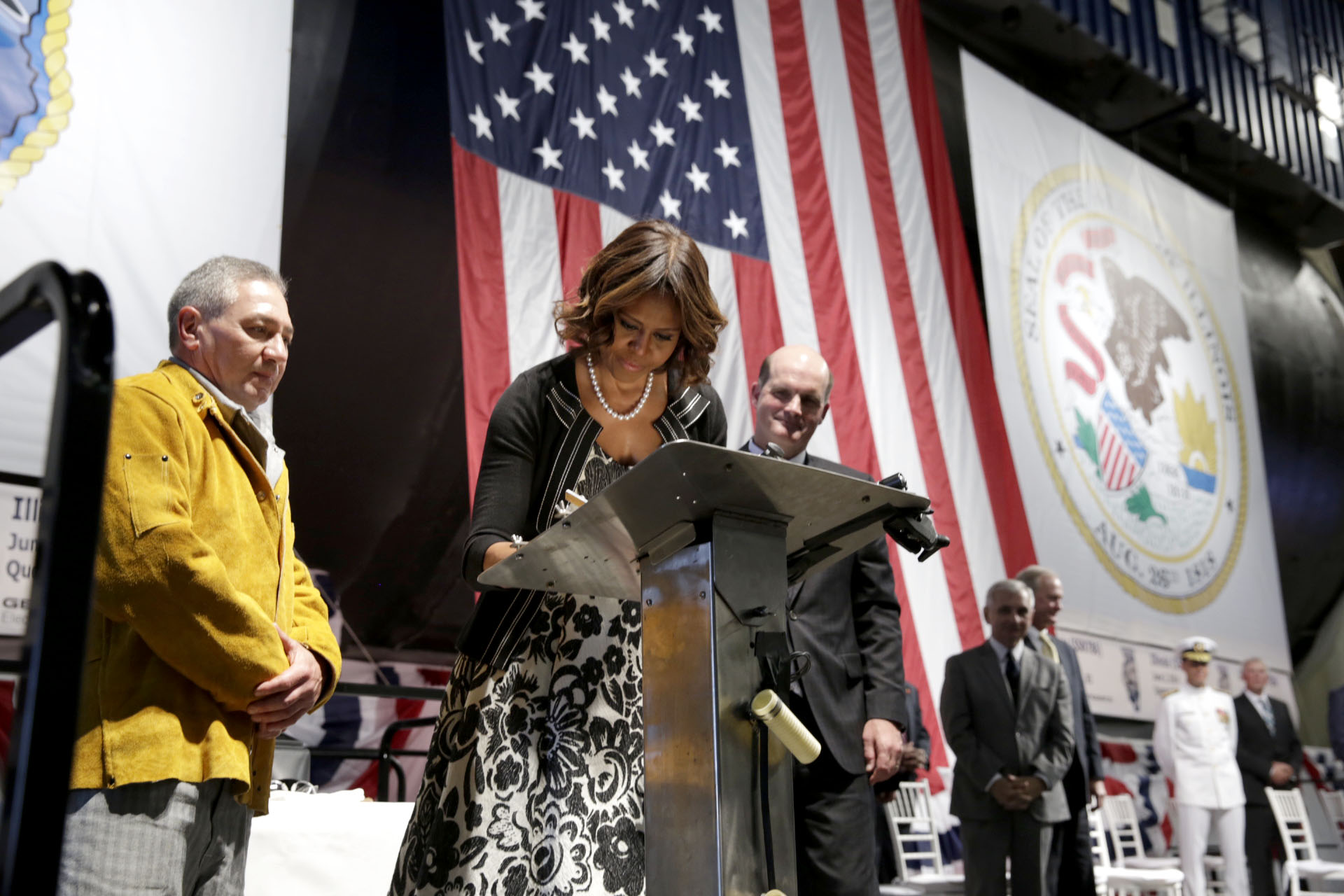 As official sponsor of the future USS ILLINOIS, the First Lady inscribed her initials onto a steel plate to be welded as an enduring reminder of her special connection with the submarine and its crew.

Today, in Rhode Island, First Lady Michelle Obama participated in a keel-laying ceremony of a new U.S. Navy submarine called the Illinois. She is the official sponsor of the USS Illinois and has chosen her daughters, Malia and Sasha, to be her maids of honor. In this traditional role, the maids of honor lend symbolic support to the sponsor in her ceremonial duties.

As the sponsor, the First Lady is participating in one of the Navy’s oldest and most hallowed traditions. Sponsors are selected to instill their spirit into the heart of a Navy warship. Additionally, the sponsor is the ceremonial link between the submarine, her crew, and the submarine’s namesake.

In her remarks as the sponsor of the Illinois, the First Lady highlighted the service and sacrifice that all Navy submariners and their families have made for our great Nation.