Day 1: The President Touches Down in Poland, Starting Four-Day Trip to Europe

June 3, 2014 at 6:45 PM ET by David Hudson
Twitter Facebook Email
Summary:
President Obama lands in Warsaw, Poland -- his first stop on a four-day trip to Europe in which he will also visit Belgium and France.

Early this morning, President Obama landed in Warsaw, Poland — his first stop on a four-day trip to Europe in which he will also visit Belgium and France.

Shortly after he landed, the President took part in an arrival ceremony at Warsaw Chopin Airport with President Bronisław Komorowski of Poland. "It is wonderful to be back in Poland," President Obama said, adding that the country is "one of our great friends and one of our strongest allies in the world."

It is a special honor to be here as Poles celebrate the 25th anniversary of the rebirth of Polish democracy. And this year also marks the 15th anniversary of Poland’s membership in NATO. I’m starting the visit here because our commitment to Poland’s security, as well as the security of our allies in Central and Eastern Europe, is a cornerstone of our own security and it is sacrosanct. 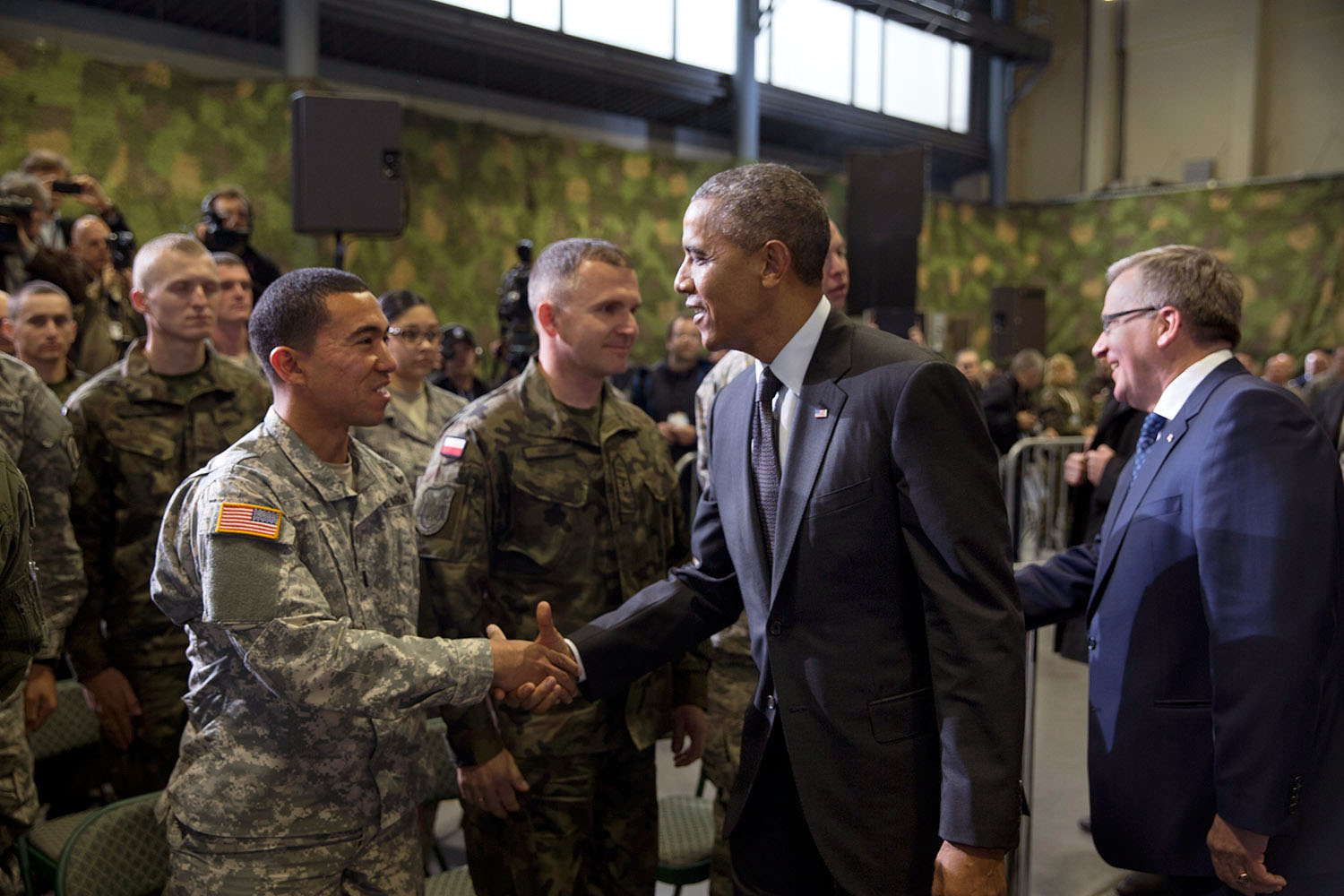 After leaving the airport, the two Presidents headed to Belweder Palace to participate in a bilateral meeting, followed by a joint press conference in which President Obama announced a "new initiative to bolster the security of our NATO allies here in Europe."

Under this effort, and with the support of Congress, the United States will pre-position more equipment in Europe. We will be expanding our exercises and training with allies to increase the readiness of our forces. And I know President Komorowski is a great champion of the effort to modernize the Polish military and we welcome the announcement that he just made about an even greater commitment.

We’ll increase the number of American personnel -- Army and Air Force units -- continuously rotating through allied countries in Central and Eastern Europe. And we will be stepping up our partnerships with friends like Ukraine, Moldova and Georgia as they provide for their own defense. I’m calling on Congress to approve up to $1 billion to support this effort, which will be a powerful demonstration of America’s unshakeable commitment to our NATO allies.

President Obama said that he and President Komorowski "focused mostly on the situation in Ukraine" during their meeting, and that they "agree that further Russian provocation will be met with further costs for Russia, including, if necessary, additional sanctions." 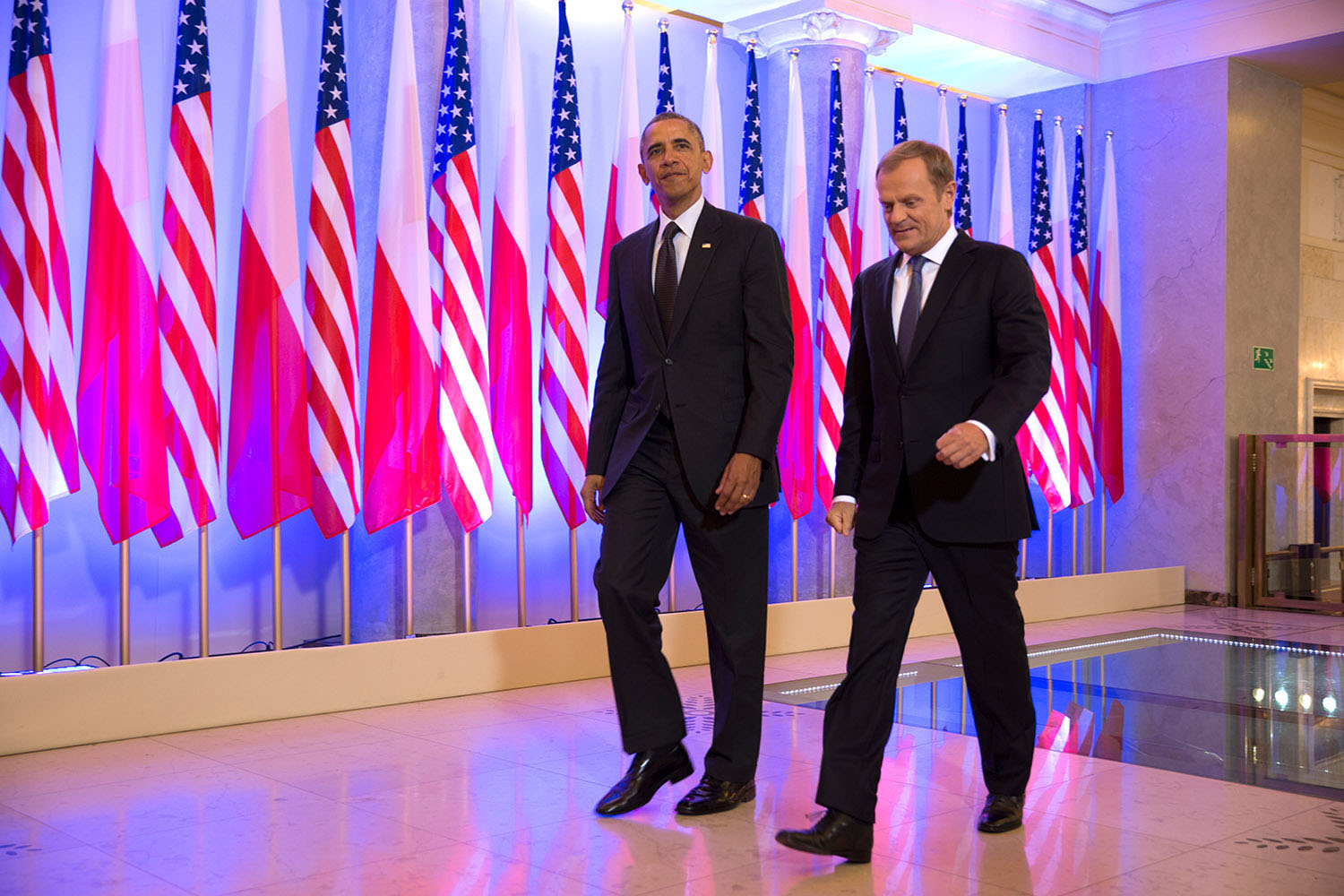 President Barack Obama and Prime Minister Donald Tusk of Poland walk to a bilateral meeting after posing for photos at the Chancellery of the Prime Minister in Warsaw, Poland, June 3, 2014. (Official White House Photo by Pete Souza)

President Obama then participated in another bilateral meeting with Prime Minister Donald Tusk at the Polish Chancellery, after which they delivered statements to the press. Discussing the situation in Ukraine further, President Obama talked about the important role that Poland will have to play in "sharing the lessons of its own success" — specifically as it relates to energy.

We highlighted the need for greater energy security in Europe, which Prime Minister Tusk has championed, but we also agreed that it’s going to be critical for Ukraine to embark on effective efforts to reform its energy sector and diversify its supply of natural gas. Just to give one example, Ukraine’s economy requires about three times as much energy to produce the same amount of output as Poland’s does. And it’s very hard for Ukraine then to be competitive and to be successful if, in fact, it is that inefficient when it comes to energy. So these are areas where I think we can make great progress. Donald’s ideas on how Europe can reduce its energy risks by diversifying, investing in renewables, and upgrading energy infrastructure are ones that I think are important for everybody to listen to.

Later in the afternoon, President Obama and President Komorowski hosted a meeting with Central and Eastern European leaders at the Presidential Palace in Warsaw, before President Obama attended an official dinner at the Royal Castle to honor Poland's Solidarity movement. 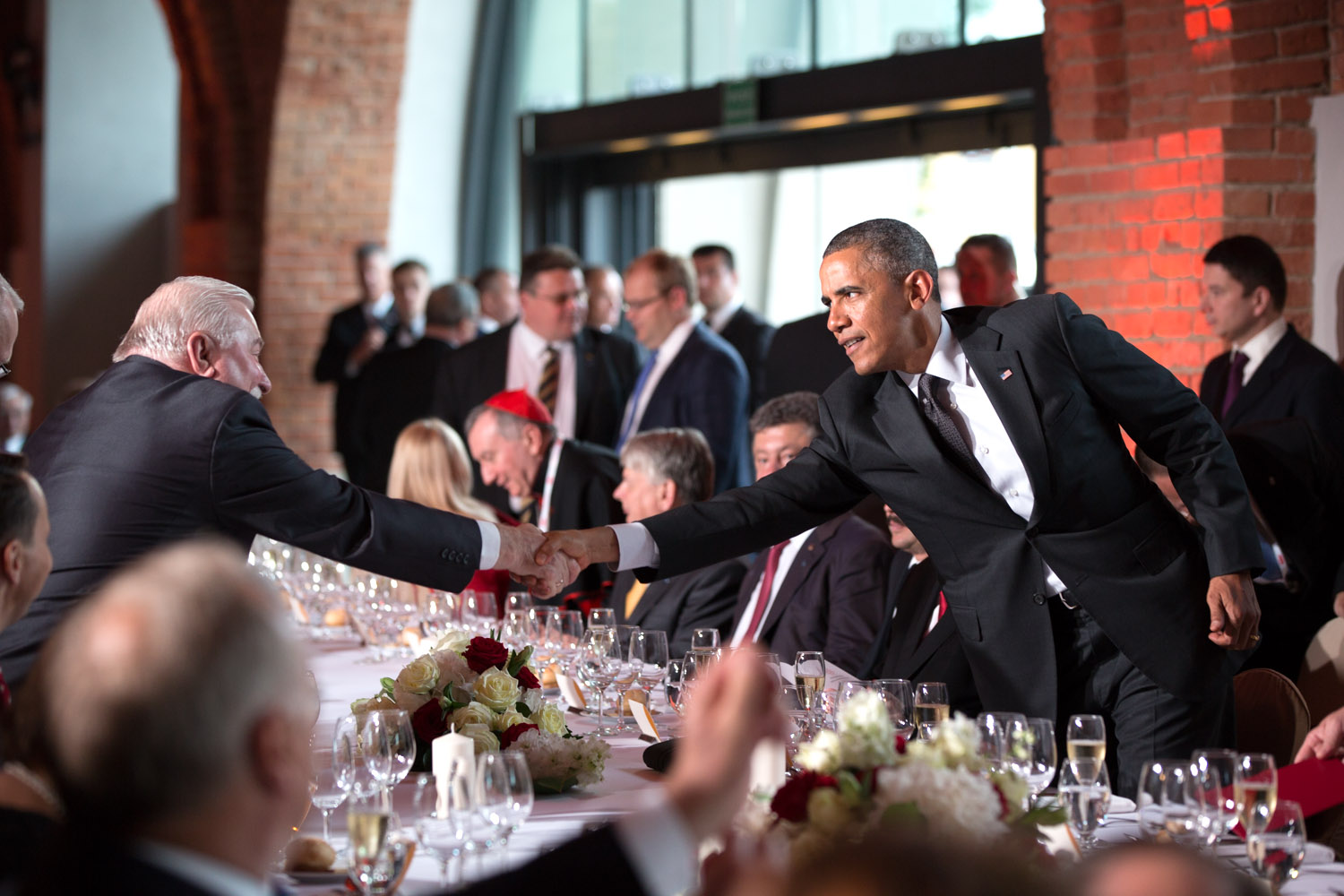