Wrap Up: A Hackathon Here at the White House

June 3, 2014 at 2:53 PM ET by Ezra Mechaber
Twitter Facebook Email
Summary:
We invited our We the People Write API beta testers here to the White House for a hackathon as part of the second annual National Day of Civic Hacking.

Here at the White House, we've been busy working to develop a Write API for We the People, our online petitions platform.

The API (which stands for Application Programming Interface) is a set of methods that will eventually allow people to sign White House petitions using new technologies, and on sites other than WhiteHouse.gov. While We the People already has more than 14 million users, we want to open up the platform -- and make it even easier to petition the White House.

That's why, last week, we invited our Write API beta testers here to the White House for a hackathon -- a chance for civically minded technologists, developers, and open-data enthusiasts to code projects based on the API -- as part of the second annual National Day of Civic Hacking. 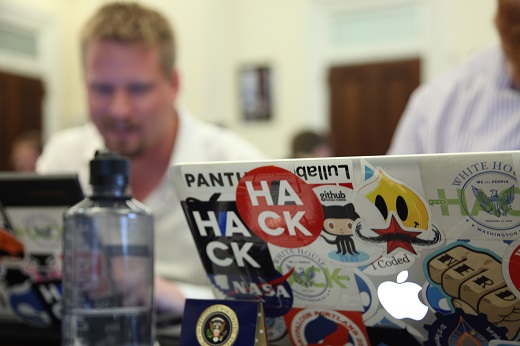 Our beta participants came from across the country to work on their projects here at the White House. It's always incredible to see what people build with the tools and technologies we release, and this hackathon was no exception. We saw some truly amazing demos at the end of the day -- integrations with existing third-party sites, plugins for popular website platforms, and innovative ways to sign and organize around petitions.

Check out the Storify to see more from the event, and stay tuned for more announcements about the API:

The Write API we’re working to develop, when released, will complement our already-released Read API -- which has provided powerful new tools to anyone who wants to analyze the data behind We the People. You can learn more about that here.

Check out some of the projects from the hackathon here and on GitHub: