Day 2: The President Wraps Up His Visit to Poland

June 4, 2014 at 5:47 PM ET by David Hudson
Twitter Facebook Email
Summary:
On the second day of his trip to Europe, President Obama meets with Ukrainian President-elect Poroshenko, commemorates the 25th anniversary of Polish Freedom Day, and heads to Belgium for the start of the G-7 Summit. 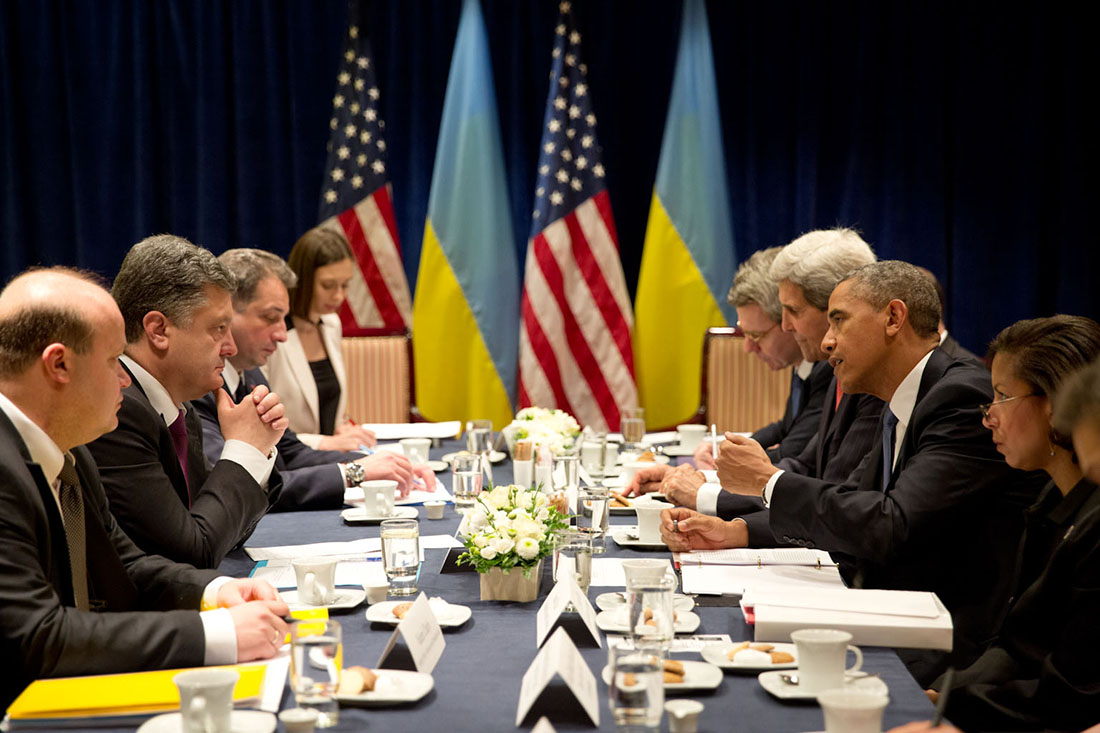 Kicking off the second day of his trip to Europe, President Obama took part in a bilateral meeting with Ukrainian President-elect Petro Poroshenko in Warsaw, Poland.

In remarks following the meeting, President Obama said that they discussed the President-elect's plans to bring "peace and order to the east," along with the need for the international community to step up and support Poroshenko's efforts:

The challenge now for the international community is to make sure that we are supporting Petro’s efforts. And the United States has already stepped up in a number of ways. We’re supplementing the assistance that the IMF is providing with $1 billion in additional loan guarantees, and we’ve discussed additional steps that we might take to help during this reform and transition process. We’ve discussed additional steps that we can take to help train and professionalize the Ukrainian law enforcement and military so they can deal with some of the challenges that are still taking place in certain portions of the country. And, in fact, today we announced some additional non-lethal assistance that we can provide -- things like night vision goggles that will help a professional Ukrainian military force do its job.

And finally, we discussed how in my meetings today with the G7 and tomorrow with the G7, as well as conversations that I’m having with other European leaders, it’s important for the international community to stand solidly behind the efforts of Petro to broker with the Russians a process whereby Russia no longer is financing or supporting or arming separatists on Ukraine’s sovereign territory, and that a unified international community that is clear that that is a violation of international law and that is willing to back up those principles with consequences for Russia should Mr. Putin not seize this opportunity to develop a lawful and better relationship with his neighbors -- that that has to be part of our mission over the next several days. 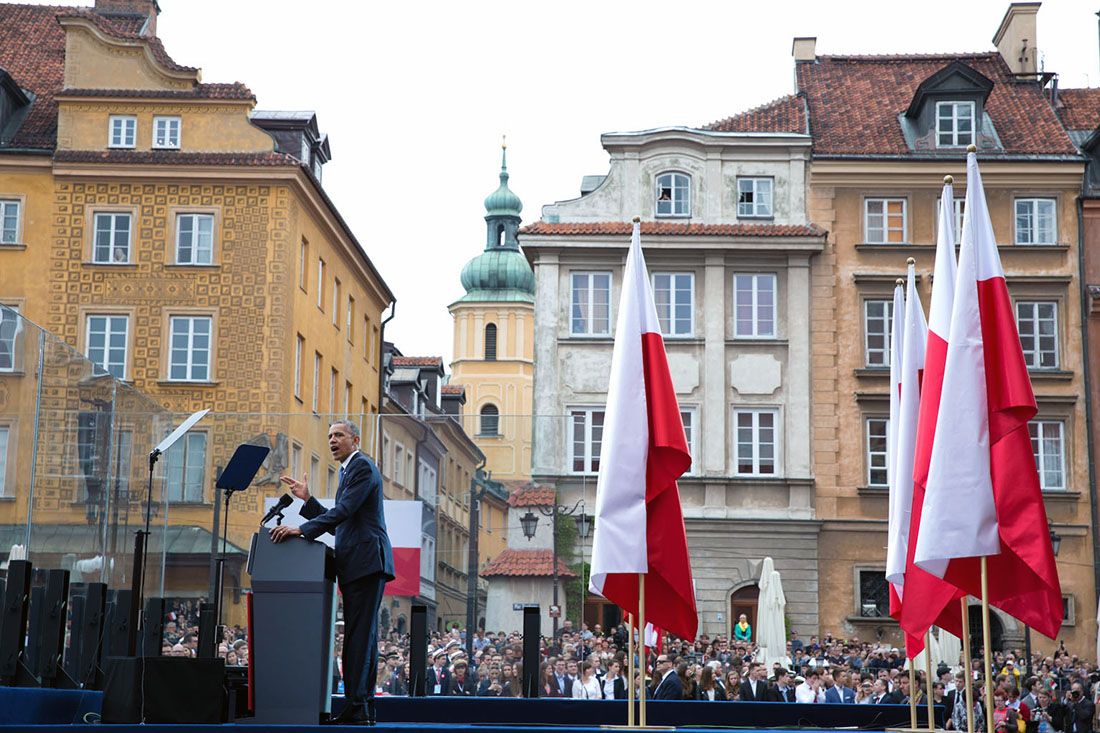 Later in the morning, the President spoke at Castle Square in Warsaw, Poland, at an event commemorating the 25th anniversary of Polish Freedom Day. The holiday marks the unexpected 1989 victory of Poland's Solidarity movement — and in his speech, the President remarked on how the victory kicked off "revolutionary change" across Europe.

Twenty-five years ago today, we witnessed a scene that had once seemed impossible -- an election where, for the first time, the people of this nation had a choice. The Communist regime thought an election would validate their rule or weaken the opposition. Instead, Poles turned out in the millions. And when the votes were counted, it was a landslide victory for freedom. One woman who voted that day said, “There is a sense that something is beginning to happen in Poland. We feel the taste of Poland again.” She was right. It was the beginning of the end of Communism -- not just in this country, but across Europe.

The images of that year are seared in our memory. Citizens filling the streets of Budapest and Bucharest. Hungarians and Austrians cutting the barbed wire border. Protestors joining hands across the Baltics. Czechs and Slovaks in their Velvet Revolution. East Berliners climbing atop that wall. And we have seen the extraordinary progress since that time. A united Germany. Nations in Central and Eastern Europe standing tall as proud democracies. A Europe that is more integrated, more prosperous and more secure. We must never forget that the spark for so much of this revolutionary change, this blossoming of hope, was lit by you, the people of Poland.

After the Freedom Day event, the President traveled to Belgium, where he met with King Philippe and Prime Minister Elio di Rupo at the Royal Palace of Brussels later in the afternoon. He then headed to the Council of the European Union for the start of the 2014 G-7 Summit, which began with a leaders' working dinner on foreign policy issues.

The President will participate in additional G-7 meetings tomorrow before he leaves for France, the final stop on his four-day trip.