Every Hero Deserves a Home

June 4, 2014 at 6:47 PM ET by Ryan Hughley
Twitter Facebook Email
Summary:
No one who has served America in uniform should go without a safe, stable place to call home. When HUD released its annual Homeless Assessment Report in 2013 it was estimated that roughly 58,000 veterans—enough to fill Dodger stadium—were homeless on any given night across the country. 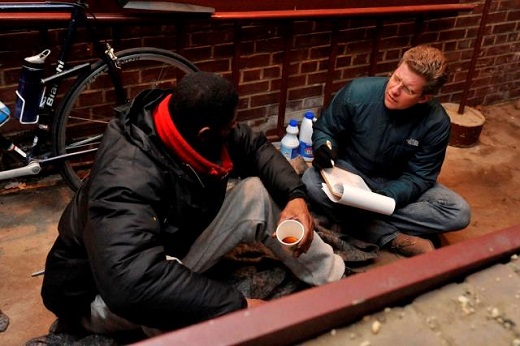 Ed. note: This is cross-posted on the U.S. Department of Housing and Urban Development's Official Blog. You can find the original post here.

No one who has served America in uniform should go without a safe, stable place to call home. When HUD released its annual Homeless Assessment Report in 2013 it was estimated that roughly 58,000 veterans—enough to fill Dodger stadium—were homeless on any given night across the country. Though that figure represented an 8 percent decline in veteran homelessness from 2012, the number of veterans sleeping on the streets remains simply unacceptable.

And while veteran homelessness has fallen 24 percent since 2010, there’s so much more to be done as we work to end veteran homelessness completely by the end of 2015. That’s why on Wednesday, June 4, First Lady Michelle Obama, HUD Secretary Shaun Donovan and Acting VA Secretary Sloan Gibson, announced the creation of the Mayors Challenge to End Veteran Homelessness.

During the announcement at the East Room of the White House, Secretary Donovan said, “Over the years we’ve proven we can house anyone. Now, our charge is to house everyone."

At the heart of this work is helping our nation’s veterans. These brave men and women have given so much of themselves to protect our lives and liberty. It is only right that we give back to them. Together, we can give our nation’s veterans not just shelter and support but also new hope for the future.”

The Mayors Challenge has brought together over 75 mayors as well as county and state officials across the country that are committed to ending veteran homelessness in their communities by 2015 with the help of federal, local and non-profit resources. Ending veteran homelessness is our duty as a nation. We owe it to the men and women who have served this nation to ensure that there are no veterans sleeping on our streets and that every veteran has access to permanent housing.

With the help of the network that has been created by the Mayors Challenge, should veterans become homeless or at-risk of becoming homeless, communities will have the capacity to quickly connect them to the help they need to achieve housing stability. Only when veteran homelessness is eradicated can we say that our country has achieved its goal.

For more information on the Mayors Challenge or to see how you can personally get involved please visit HUD’s webpage.