June 4, 2014 at 6:07 PM ET by Commander Cara LaPointe
Twitter Facebook Email
Summary:
First Lady Michelle Obama announces a challenge by more than 80 mayors, county commissioners, and governors to end veteran homelessness in their communities by the end of 2015. 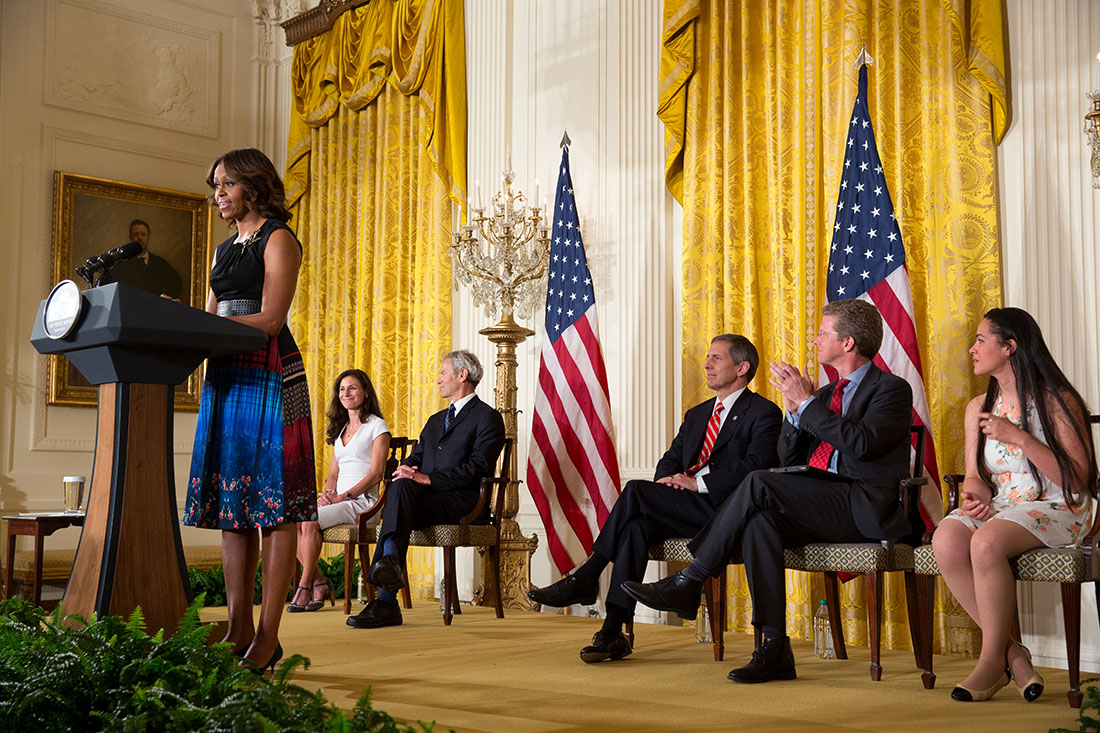 First Lady Michelle Obama speaks at event to announce, as part of the Joining Forces initiative, the Mayors Challenge to End Veteran Homelessness, in the East Room of the White House, June 4, 2014. (Official White House Photo by Amanda Lucidon)

Over the last three years, there has been a remarkable 24 percent decrease in homeless veterans, but with 58,000 homeless veterans across the nation, more still needs to be done. The Mayors Challenge will help us get there by involving federal, state, local and community organizations in this “eminently solvable problem.”

In her remarks, the First Lady highlighted the efforts made so far across the country on this important issue, but she also challenged all Americans to step up and help end veteran homelessness.

Outlining specific ways that people can help in their own communities – such as starting a donation drive to support veteran housing efforts, or calling the mayor’s office and urging him or her to join in the Mayors Challenge – the First Lady made clear that everyone can make a difference on this issue.

“Just like it’s our country’s duty to bring back all of our men and women from the battlefield,” the First Lady said, “we’ve also got a duty to make sure that every single veteran has a place to call home when they get here – and for the rest of their lives.”