Day 4: The President Commemorates the 70th Anniversary of D-Day

June 6, 2014 at 5:42 PM ET by David Hudson
Twitter Facebook Email
Summary:
President Obama travels to Normandy, France to commemorate the 70th anniversary of D-Day, and pays tribute to the American and Allied forces who fought during the D-Day landings in June of 1944.

Earlier today — the last day of his current trip across Europe — President Obama traveled to Normandy, France to commemorate the 70th anniversary of D-Day.

After meeting with World War II and post-9/11 U.S. veterans, the President attended the 70th French-American Commemoration D-Day Ceremony at the Normandy American Cemetery and Memorial at Omaha Beach. In his remarks, he paid tribute to the American and Allied forces who fought during the D-Day landings in June of 1944.

"I’m honored to return here today to pay tribute to the men and women of a generation who defied every danger -- among them, our veterans of D-Day," President Obama said. He went on to thank the people of France for their generosity to Americans who have come "over the generations — to these beaches, and to this sacred place of rest for 9,387 Americans."

At the end of the war, when our ships set off for America, filled with our fallen, tens of thousands of liberated Europeans turned out to say farewell, and they pledged to take care of the more than 60,000 Americans who would remain in cemeteries on this continent. In the words of one man, we will take care of the fallen “as if their tombs were our children’s.” And the people of France, you have kept your word like the true friends you are. We are forever grateful. 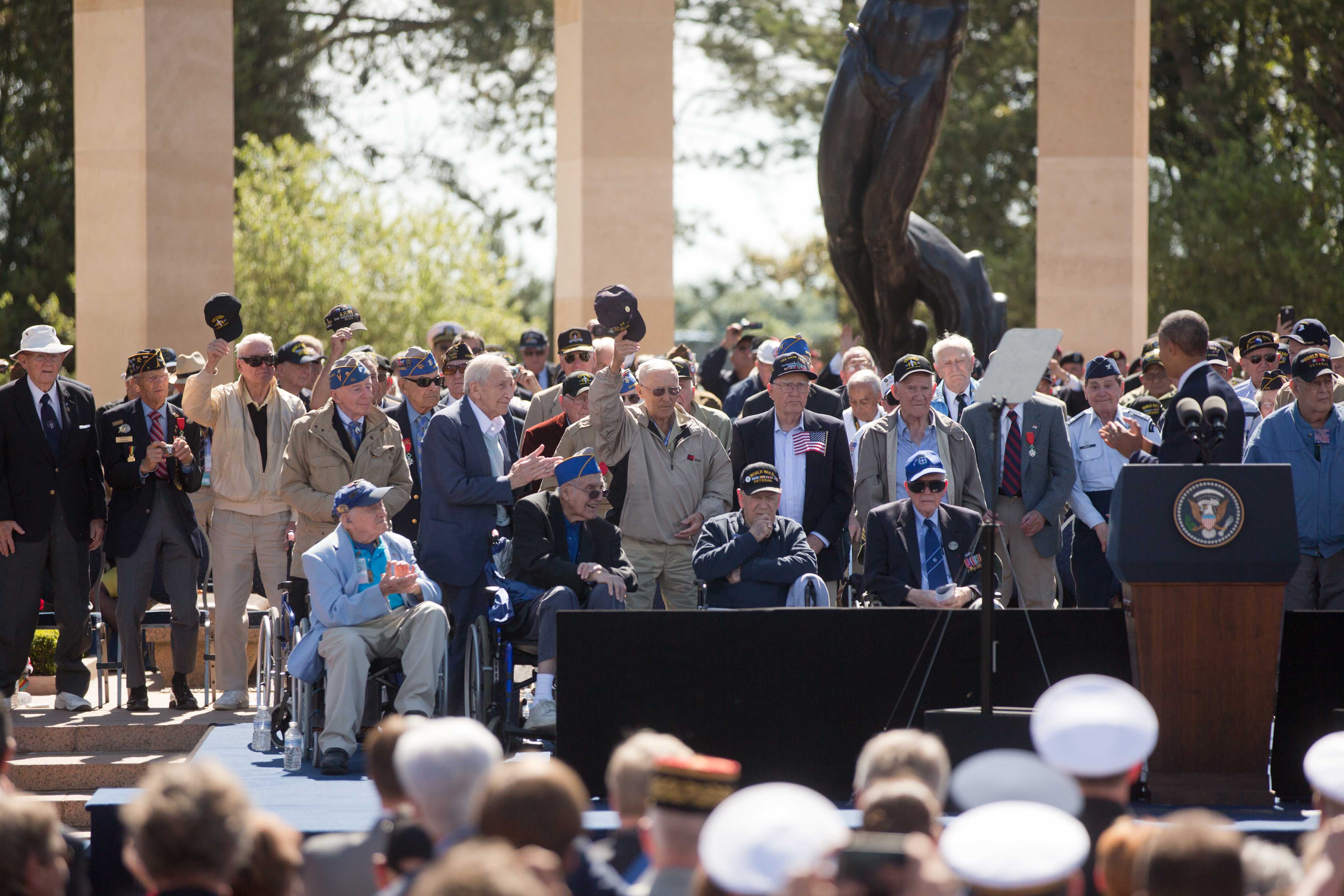 Describing Normandy as "democracy's beachhead," the President explained how our victory in World War II "decided not just a century, but shaped the security and well-being of all posterity."

We worked to turn old adversaries into new allies. We built new prosperity. We stood once more with the people of this continent through a long twilight struggle until finally a wall tumbled down, and an Iron Curtain, too. And from Western Europe to East, from South America to Southeast Asia -- 70 years of democratic movement spread. And nations that once knew only the blinders of fear began to taste the blessings of freedom.

None of that would have happened without the men who were willing to lay down their lives for people they’d never met and ideals they couldn’t live without. 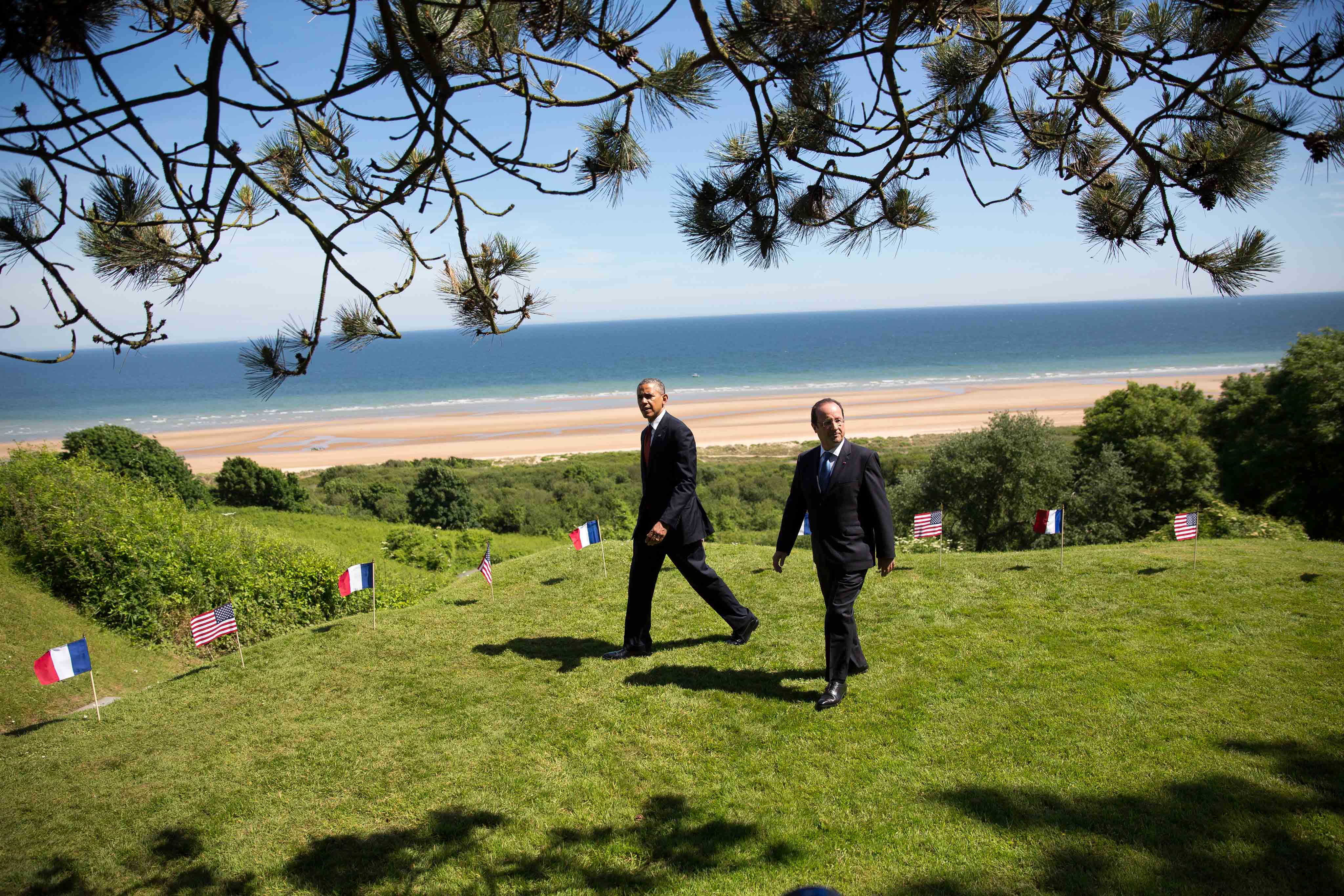 Later in the afternoon, the President headed to Sword Beach, Ouistreham, to attend the official international 70th D-Day commemoration ceremony, before departing for the United States.