June 6, 2014 at 9:30 AM ET by Jason Furman
Twitter Facebook Email
Summary:
Job growth exceeded 200,000 for the fourth straight month in May, and businesses have now added over a million jobs so far this year.

Job growth exceeded 200,000 for the fourth straight month in May, and businesses have now added over a million jobs so far this year. This month’s report continued the trend of steady job growth. While the consistent pace of job gains means the economy has come a long way in recovering from the Great Recession, the President believes that more can and should be done to strengthen economic growth and expand economic opportunity. Continuing to press ahead using his executive authority wherever possible, the President will hold events next week focused on ways to take action to improve college affordability and support working families.

1. The private sector has added 9.4 million jobs over 51 straight months of job growth. Today we learned that total nonfarm payroll employment rose by 217,000 in May, mainly reflecting a 216,000 increase in private employment, slightly above the 197,000 average pace over the last twelve months. The three-month moving average of 229,000 is the highest in over a year. 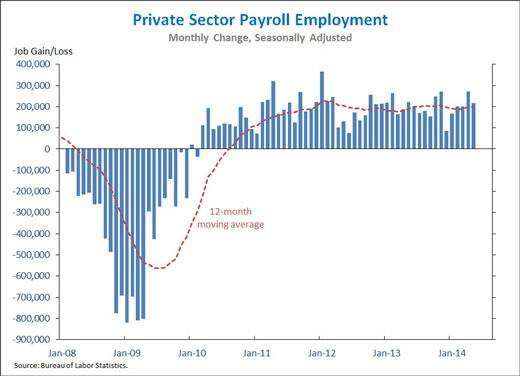 2. Nominal hourly earnings rose 2.4 percent over the twelve months ending in May, up from 1.9 percent over the preceding twelve month period, and likely continued to exceed year-over-year inflation. The average production and nonsupervisory worker made $20.54 an hour in May (nominal), and data on real wages will be available with the release of the consumer price index for May on June 15. While the real wage gains seen in recent months are an important sign of progress, there is still a long way to go to make up for the years of stagnation that preceded the financial crisis. The President continues to push for steps that would raise wages, including an increase in the minimum wage that many states and companies have already decided to undertake. 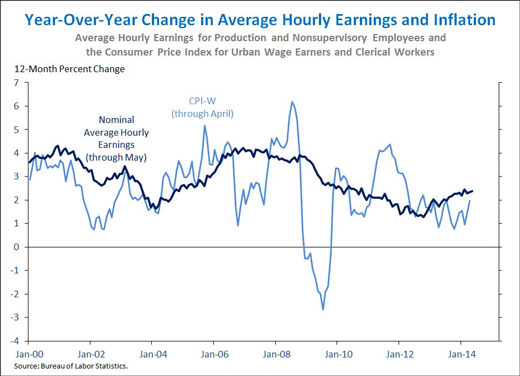 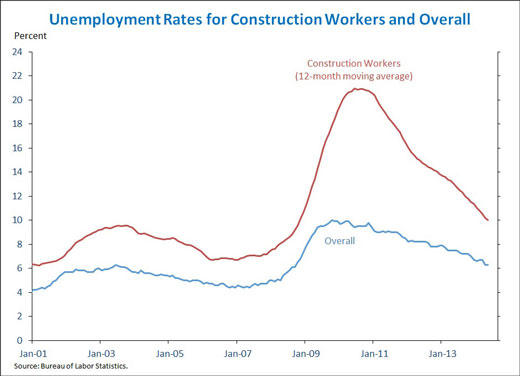 4. The unemployment rate for college graduates age 25 and older was 3.2 percent in May, compared to 6.5 percent for workers with only a high school diploma. While unemployment rates continue to trend down for workers of all educational backgrounds, the economic benefits of going to college remain substantial. On Monday, the President will hold an event at the White House to discuss steps to make college more accessible and affordable, a key element of the President’s broader agenda to act where he can to expand economic opportunity. 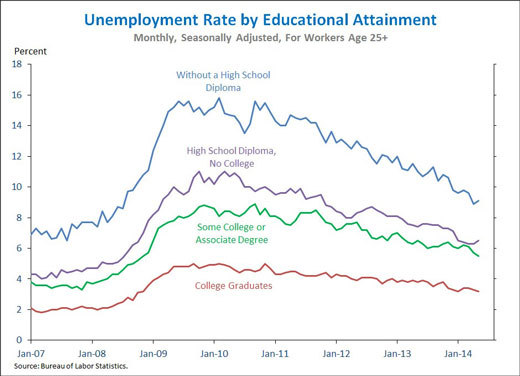 5. The pattern of job growth across industries in May was very consistent with recent trends. Looking across the 17 industries shown below, the correlation between the most recent one-month percent change and the average percent change over the last 12 months was 0.86, suggesting that job growth in May does not appear to reflect any outlier performance in a single industry or handful of industries. Health care and social assistance had a stronger-than-average month, adding 55,000 jobs, as did transportation and warehousing, which added 16,000 jobs. Job growth in most other industries was squarely within the range observed over the course of the recovery. 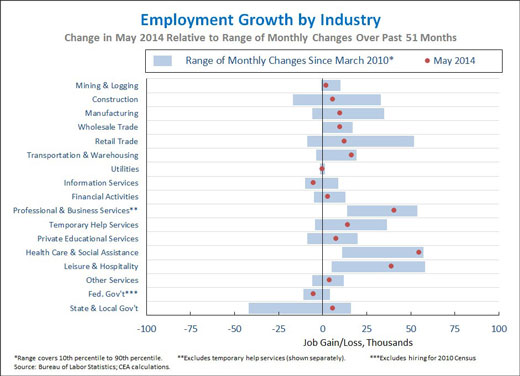