It was a busy morning at the White House today, as President Obama signed two bills into law — the Water Resources Reform and Development Act (WRRDA), and the 65th Infantry Regiment Congressional Gold Medal.

In his remarks, the President first explained how the Water Resources Reform and Development Act will "put Americans to work modernizing our water infrastructure and restoring some of our most vital ecosystems."

As more of the world’s cargo is transported on these massive ships, we’ve got to make sure that we’ve got bridges high enough and ports that are big enough to hold them and accommodate them so that our businesses can keep selling goods made in America to the rest of the world.  Meanwhile, many of America’s businesses ship their goods across the country by river and by canal, so we’ve got to make sure that those waterways are in tip-top shape.

And this bill gives a green light to 34 water infrastructure projects across the country, including projects to deepen Boston Harbor and the Port of Savannah, and to restore the Everglades.  And with Congress’s authorization, these projects can now move forward.  So this bill will help towns and cities improve their commerce, but it’s also going to help them prepare for the effects of climate change — storms, floods, droughts, rising sea levels — creating more adaptability, more resilience in these communities.

Although investing in infrastructure has historically garnered bipartisan support in Congress, the President noted that hasn't been the case over the last few years. As such, he hoped that the passage of WRRDA would set a positive precedent for additional work on our nation's transportation infrastructure — noting the urgent need for Congress to pass a bill to put Americans to work repairing our crumbling roads and bridges.

"I just want to be clear," the President said. "If Congress fails to act, then federal funding for transportation projects runs out by the end of the summer," which would put more than 100,000 active projects and nearly 700,000 jobs at risk. 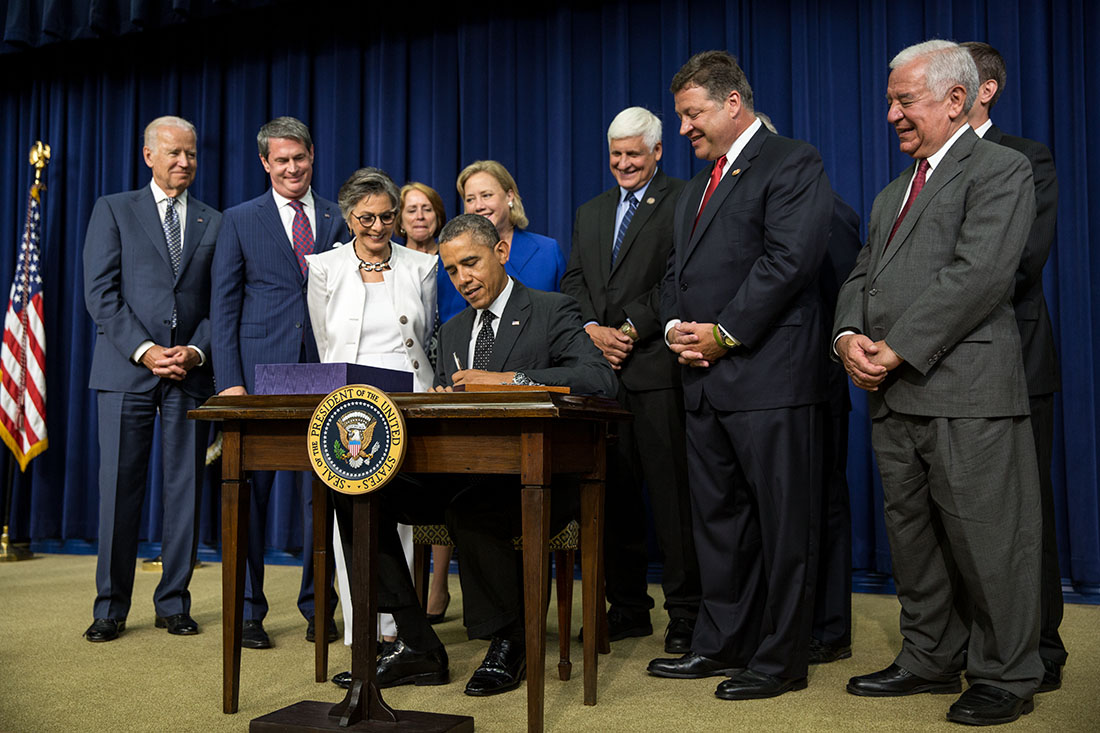 The second bill presented the Congressional Gold Medal to the 65th Infantry Regiment, U.S. Army — also known as the "Borinqueneers."

The unit, comprised mostly of soldiers from Puerto Rico, distinguished itself in service during World War I, World War II, and in Korea. As President Obama noted, segregation "set them apart from their fellow soldiers — but their courage made them legendary."

So on behalf of the American people, we want to thank all the Borinqueneers for their extraordinary service.  You’ve earned a hallowed place in our history. 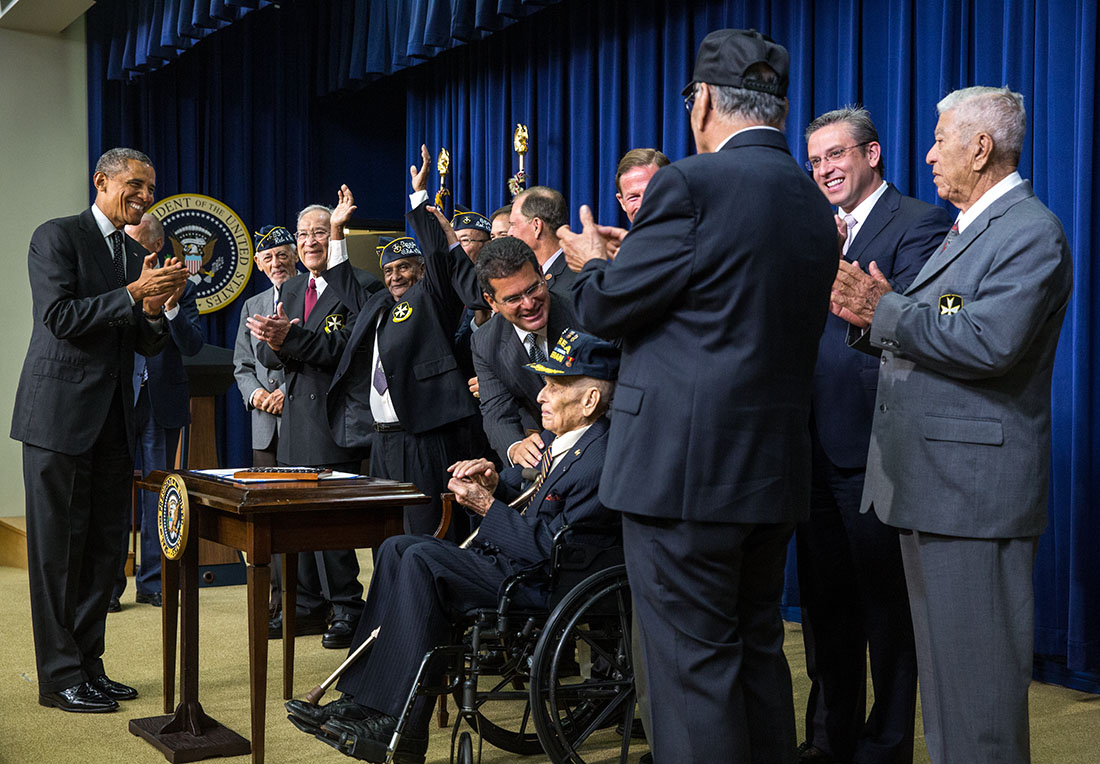 President Barack Obama leads an ovation for the Borinqueneers after he signed H.R. 1726 to award a Congressional Gold Medal to the 65th Infantry Regiment, known as the Borinqueneers, in the Eisenhower Executive Office Building South Court Auditorium, June 10, 2014. (Official White House Photo by Amanda Lucidon)