Celebrating Fatherhood and Encouraging Mentorship with “My Brother's Keeper”

June 13, 2014 at 5:10 PM ET by Eric Holder
Twitter Facebook Email
Summary:
Attorney General Eric Holder calls on Americans to get involved in “My Brother’s Keeper” –- the President's initiative that’s bringing together government and private groups to address persistent opportunity gaps and provide young people with the support they need to stay on the right path.

Ed. note: This is cross-posted on the U.S. Department of Justice blog. See the original post here.

I would not be where I am today without the love, guidance, and support of my father. He taught me to work hard, to dream big, to give back to my community, and to always remember the responsibility I have to be a role model for my own children.

But as we celebrate Father’s Day this weekend, we must all be mindful of a tragic truth: Far too many children simply cannot count on the love and support of an attentive parent. This is not an individual problem – it’s a national concern that affects each and every one of us. And that’s why President Obama has launched a national call to action – known as “My Brother’s Keeper” – that’s bringing together government and private groups to address persistent opportunity gaps and provide young people with the support they need to stay on the right path. 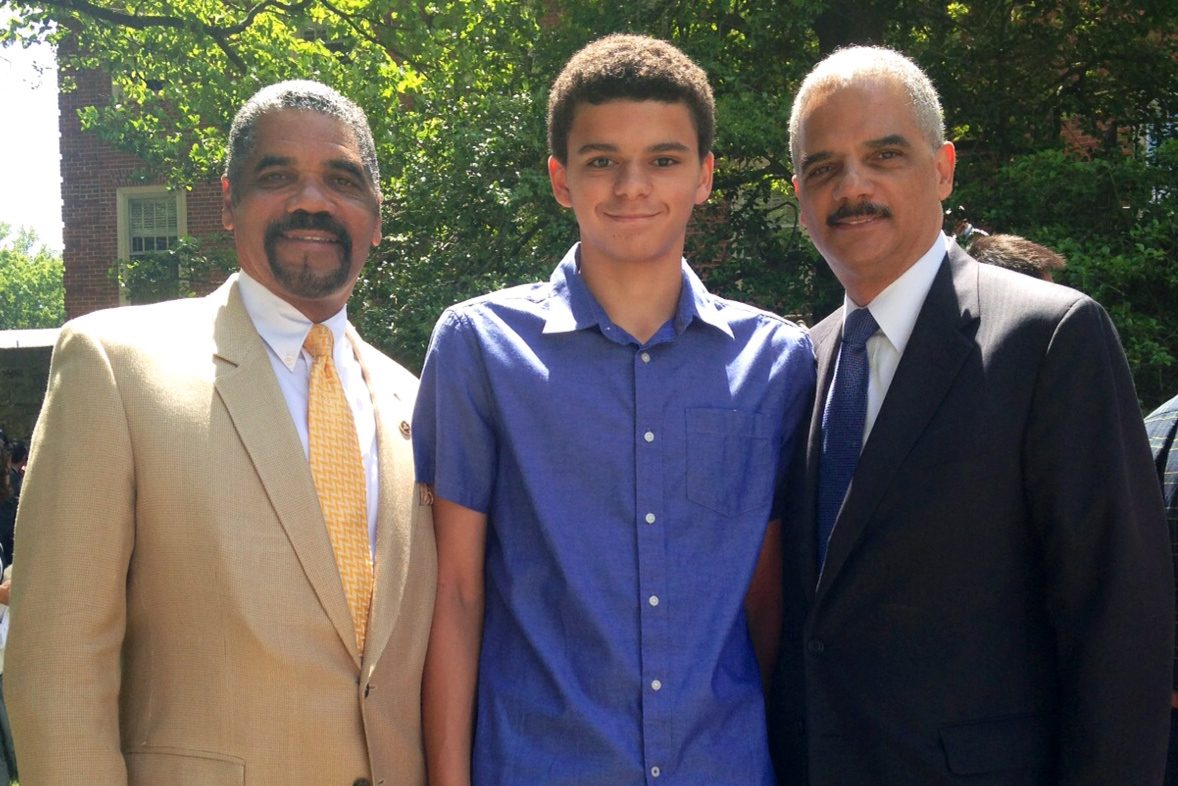 Attorney General Holder attends an event with his son, Eric Holder III, and his brother, William Holder. (by Department of Justice)

My Brother’s Keeper is uniting Americans from all walks of life to build sustained mentoring relationships that will help countless children across the country. Study after study has shown just how critical it is for our children to have strong, positive role models. With the benefits of mentorship, kids are more likely to mature into responsible, confident, and healthy young adults who are better prepared to contribute, and to lead, as full and productive members of society – and to serve as role models themselves.

That’s why I’m honored to join President Obama in calling on all Americans to get involved in My Brother’s Keeper today. By pledging to serve as a long-term mentor to a young person in your community, you can make a real difference while inspiring others to do the same. You can provide the positive influence that so many children lack, helping to knock down barriers to success and changing the trajectory of a child’s life for the better. 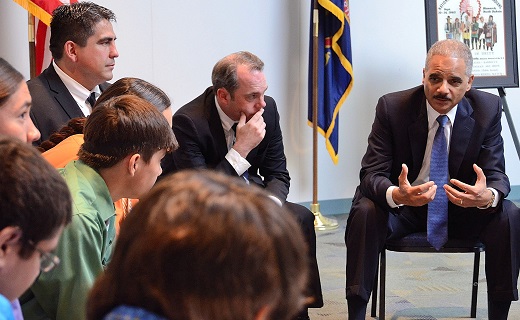 The power – and the responsibility – to be a role model for our nation’s young people rests in your hands. Please take the pledge – at WhiteHouse.gov/MyBrothersKeeper – and do your part to help a new generation of Americans build the better, brighter futures they deserve.