June 13, 2014 at 9:45 AM ET by Stefanie Feldman
Twitter Facebook Email
Summary:
The Vice President Biden speaks with investors, business executives, and senior government officials from the United States, Canada, and Mexico about North America’s emerging status as the global epicenter of energy. 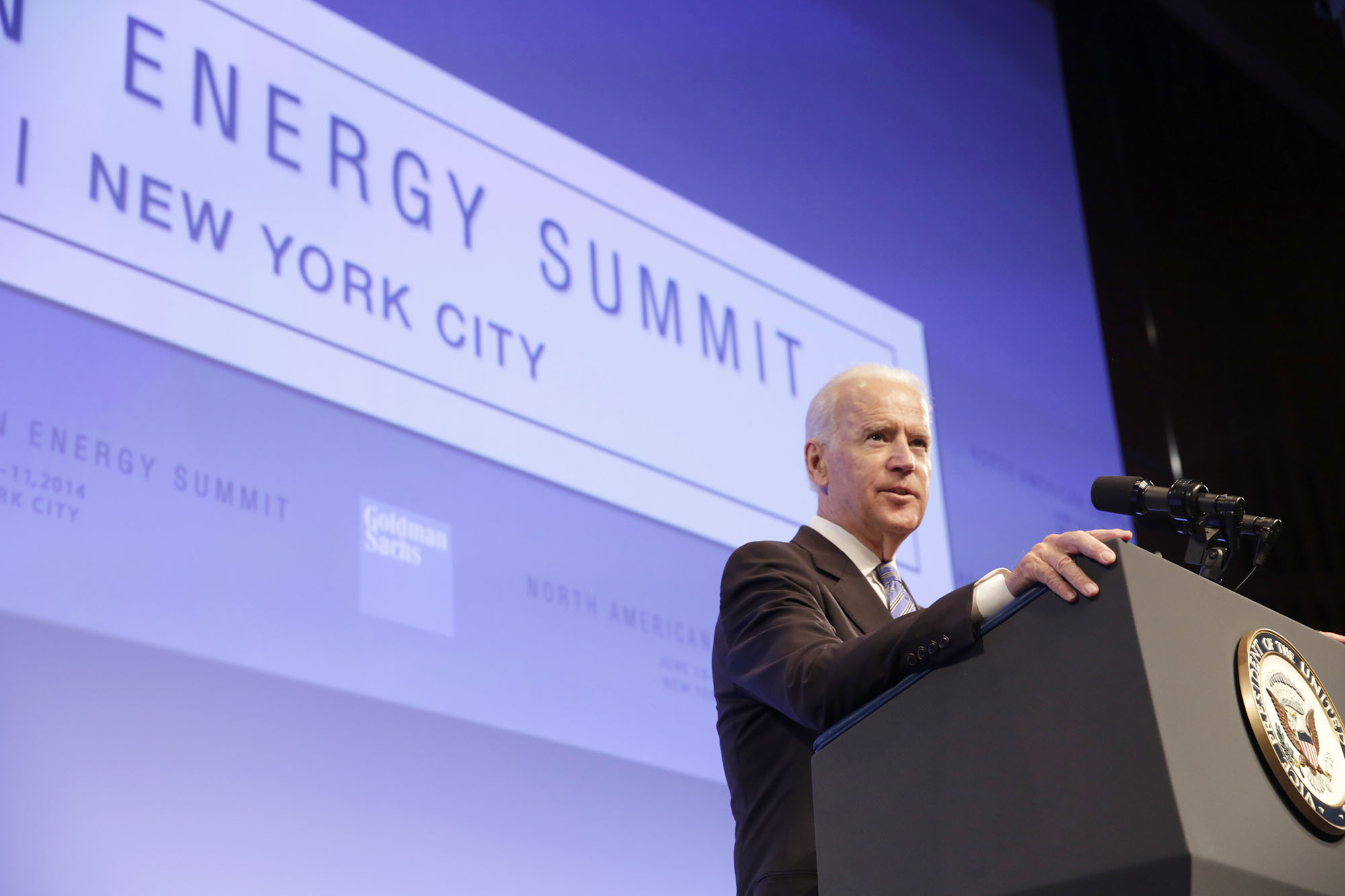 On Wednesday, at the North American Energy Summit in New York City, Vice President Biden spoke with an audience of investors, business executives, and senior government officials from the United States, Canada, and Mexico about North America’s emerging status as the global epicenter of energy.

The Vice President described the progress we’ve made toward increased energy security in the past few years. The United States has gone from the world’s largest importer to a soon-to-be exporter of natural gas, from declining to booming oil production, from stagnating to increasing fuel efficiency standards for vehicles, and from projected rising carbon emissions to declining carbon emissions that are at the lowest levels in nearly 20 years.

As an energy superpower, the United States is leading an energy transformation that is changing the world and creating opportunity here at home. Hundreds of thousands of jobs are being created, new companies and industries are spinning off, and manufacturing — in part because of America’s energy advantage — is coming back.

The Vice President made clear that to fully benefit from our energy boom, we must invest in our energy infrastructure, as well as the ports and freight rail that manufacturers depend on to move their products across the country and export their products across the globe. These investments will, in turn, create good, middle-class jobs for Americans. The Vice President cited a new BlueGreen Alliance report, stating, “There are currently 86,000 jobs modernizing these pipelines. And if we tripled the modernization, which is expected what we need to do, it will create another 200,000 jobs within the next decade.”

After pointing out how our increased energy production and productivity strengthens our national security — by increasing world energy choices, and helping put countries in Europe, Asia, and the Western Hemisphere on more secure energy footing — the Vice President made the case that “There’s a convergence around addressing climate change and reducing carbon emissions both here and abroad” because “reality has a way of intruding.”

In the United States, we are already facing the negative economic and health impacts of climate change, from rising sea levels to increased risks of asthma attacks — and we’re taking action. Last week, as part of the Administration’s Climate Action Plan, the Environmental Protection Agency proposed a rule to cut carbon emissions from existing power plants and protect public health.

Publicly traded companies across the country are also taking action by pricing in the cost of carbon when they make business decisions. They understand that the damage from climate change is real and their business decisions need to take those costs into account. For example, ExxonMobil is pricing in $60 per metric ton of carbon emissions by 2030, Walt Disney is using $10-20, and Google is using a carbon price of $30 per metric ton.

The Vice President concluded, “I’m no investment banker, but I wouldn’t go long on investments that lead to carbon pollution.” As so many American companies already are, the Vice President would bet on American innovation and a cleaner energy future.