The First Lady Welcomes 50 New Americans at the National Archives

This morning, First Lady Michelle Obama welcomed 50 new Americans in a naturalization ceremony at the National Archives in Washington, D.C.

"This is an exciting day," the First Lady said in her remarks, "and it's just wonderful that I can be among the first to congratulate you on becoming American citizens."

Only a few feet from where she spoke was the Declaration of Independence -- and as she noted, none of the 56 Founders who signed the Declaration were born American, "they became American."

Just like you’re about to pledge allegiance to our flag, they pledged their lives, their fortunes, and their sacred honor to this extraordinary idea that we now know as America -– the notion that we are all created equal, endowed with fundamental rights and freedoms that no one can ever take away from us.

People come from across the globe to see these documents, to read the names and signatures of the very first “Americans-by-choice,” because they know that this room holds the first chapter of our shared history.  And today, it holds the next chapter of our story, as well. 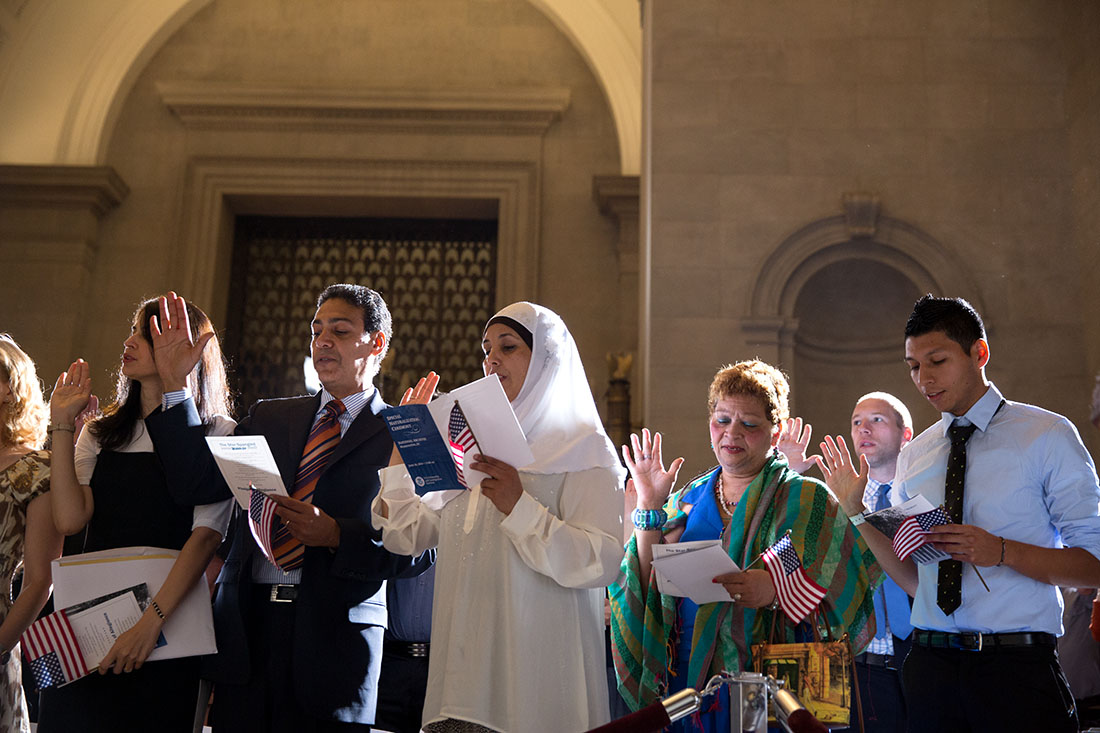 Petitioners are sworn in as new citizens in front of the Declaration of Independence, the U.S. Constitution, and the Bill of Rights during a naturalization ceremony at the National Archives in Washington, D.C., June 18, 2014. (Official White House Photo by Lawrence Jackson)

Immigration is at the heart of how we developed as a nation.  In every generation, immigrants have earned their place as part of “We the People.”  With the exception of just a few ethnicities, every person in this country can trace their history back to a parent, or a grandparent, or a great-grandparent, or an ancestor who made that choice to be part of this country.

And today, much of our success is because we still very much are a nation of immigrants.  Immigrants start roughly one in four of our new businesses.  About 30,000 permanent residents serve in our military.  And according to one study, over the past 50 years, more than a quarter of our Nobel Laureates based in the U.S. have been foreign-born.

So in many ways, it is because of, not in spite of, our immigrant population that we grow stronger every single day.

Mrs. Obama reiterated that although the debate continues in Washington over fixing our broken immigration system, the President has made it his top legislative priority and will not give up the fight.

"This fight isn't just about abstract principles," she said. "It's about real people. People like you. People like us -- our fellow Americans."

The First Lady noted that being a U.S. citizen is an "incredible blessing," and reminded the new Americans that their work is just beginning:

What I hope you always remember is that, as citizens, we do not shut the doors of opportunity behind us.  We preserve the promise of America.  We renew it.  We extend it so that future generations of Americans -– Americans by birth and “Americans-by-choice” -– can do their part to form the more perfect union that our founders imagined so many years ago.

So I want to once again congratulate you on this important honor, this extraordinary honor.  And I wish you the very best of luck on your journey ahead as citizens of this great country. 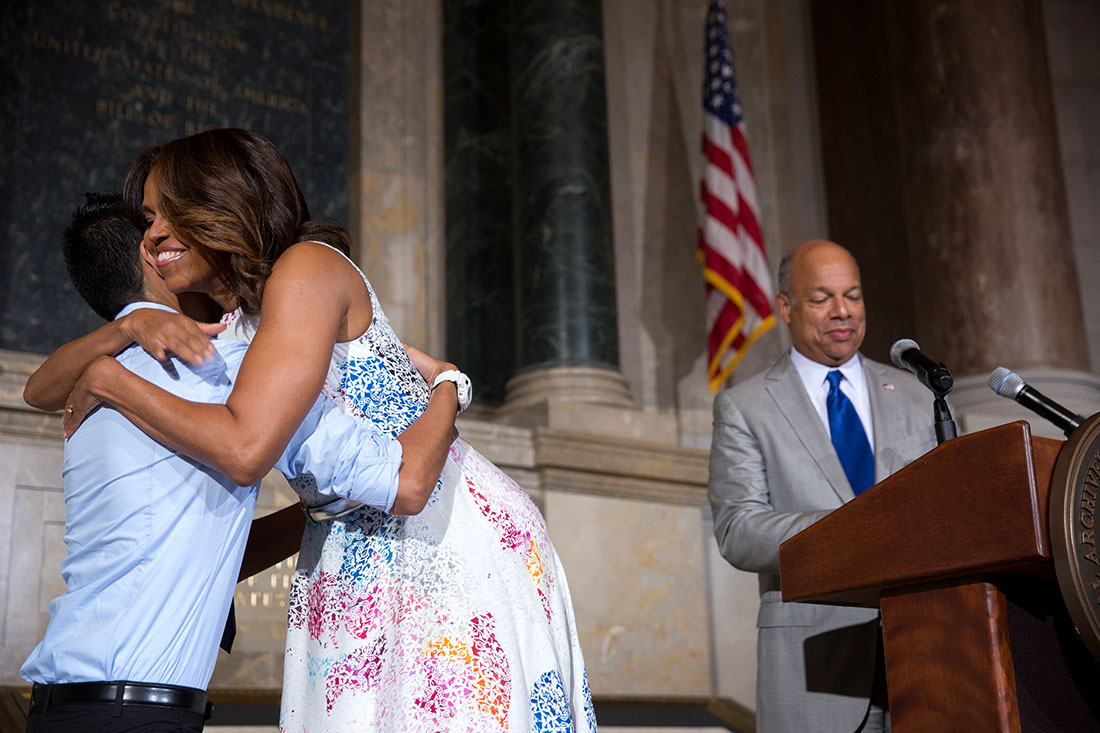