June 21, 2014 at 3:13 PM ET by Ben Rhodes
Twitter Facebook Email
Summary:
The Washington Fellowship for Young African Leaders is a cornerstone of YALI, and it began with the arrival here in the United States of 500 of Africa’s top business, government, and civil society leaders. 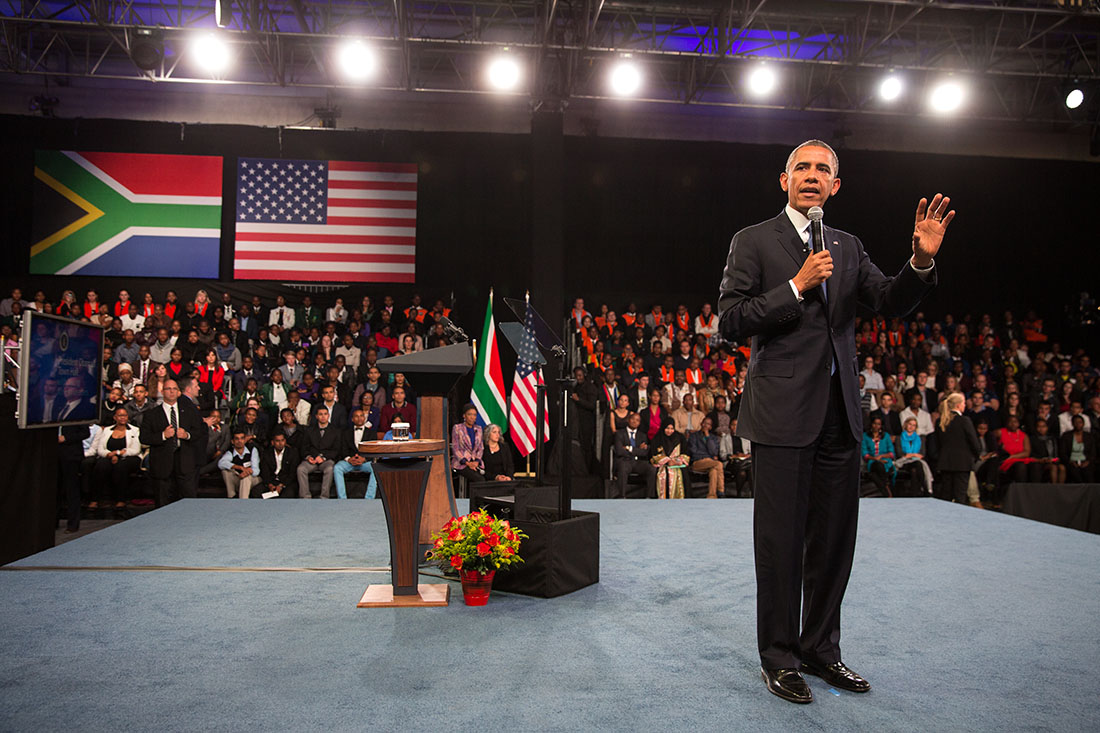 President Obama’s signature engagement program in Africa has been the Young African Leaders Initiative (YALI), a new effort focused on building partnerships with the next generation of leaders on the African continent. The Washington Fellowship for Young African Leaders is a cornerstone of YALI, and it began this past weekend with the arrival here in the United States of 500 of Africa’s top business, government, and civil society leaders between the ages of 18 and 35.

The Fellowship is unprecedented in two important respects. First, the size. Never before has the United States conducted an exchange program of this scale with Africa. Secondly, the scope of the program. It’s not just the six weeks the Fellows spend on the campuses of some of America’s best schools or the time they will have with American leaders, including a town hall meeting with President Obama later this summer. The Fellows will return to Africa with access to significant mentoring, networking, and resource opportunities, including seed funding for their projects. Some will even spend additional time in the U.S. and in Africa at internships offered by top government and private sector organizations.

The Fellowship represents a significant expansion of YALI. The initiative began in 2010, when 115 young African leaders met with President Obama at the White House to discuss leadership and the ways in which youth can transform Africa’s future. Since then, the President and other senior Administration officials have convened thousands of young Africans to develop innovative solutions to the challenges and opportunities faced by their generation. When the President returned to Africa last year, he announced the Washington Fellowship for Young African Leaders and committed to a comprehensive program of engagement that has now begun with the arrival of these promising young leaders.

Interest in the program in Africa has been overwhelming. Nearly 50,000 young African leaders applied for the Washington Fellowship. For the 500 who started executive leadership training this week at one of twenty universities across the United States, the Fellowship holds the promise of being transformative. From these young leaders may well come the next Nelson Mandela or Steve Jobs. This is why the Washington Fellowship is so important to our future and theirs. Tapping into the inspiration and ideas of the continent’s youth can enable a new generation of African leaders to inspire, innovate, and inject new ideas and opportunities into their communities, companies, and countries. And their success won’t simply be good for Africa – it will be good for America, which will be able to count on years of partnership with these extraordinary young people.