Being "a Chicago guy," the President noted that he usually quips at these sports events about "how the football is not as good as the '85 Bears or the basketball team is not as good as the Bulls." He then admitted, however, that Jimmie Johnson is basically "the Michael Jordan of NASCAR." Like Mike, Jimmie has won six championships in eight years -- while also taking a two-year break from his sport.

"These days, we’ve got a lot of kids all across the country who want to be like Jimmie," the President said. "And why shouldn’t they? He is the only driver to make the Chase all 10 years it has been in existence. He won his Six Pack faster than anybody in NASCAR history. This season, he is chasing his seventh title, which would tie him with Dale Earnhardt and 'The King,' Richard Petty, for the most ever."

But Johnson's greatness isn't confined to the racetrack. President Obama also remarked on how Johnson is giving back to the community, noting that the Jimmie Johnson Foundation has donated nearly $7 million since 2006 toward grants and resources for public schools and charities, and that Johnson joined the "Ban Bossy" campaign to encourage leadership among young girls.

The President concluded his remarks by congratulating Johnson and the entire team, Hendrick Motorsports, and the pit crew -- and joked that we should just "give the #48 car a permanent White House pass." 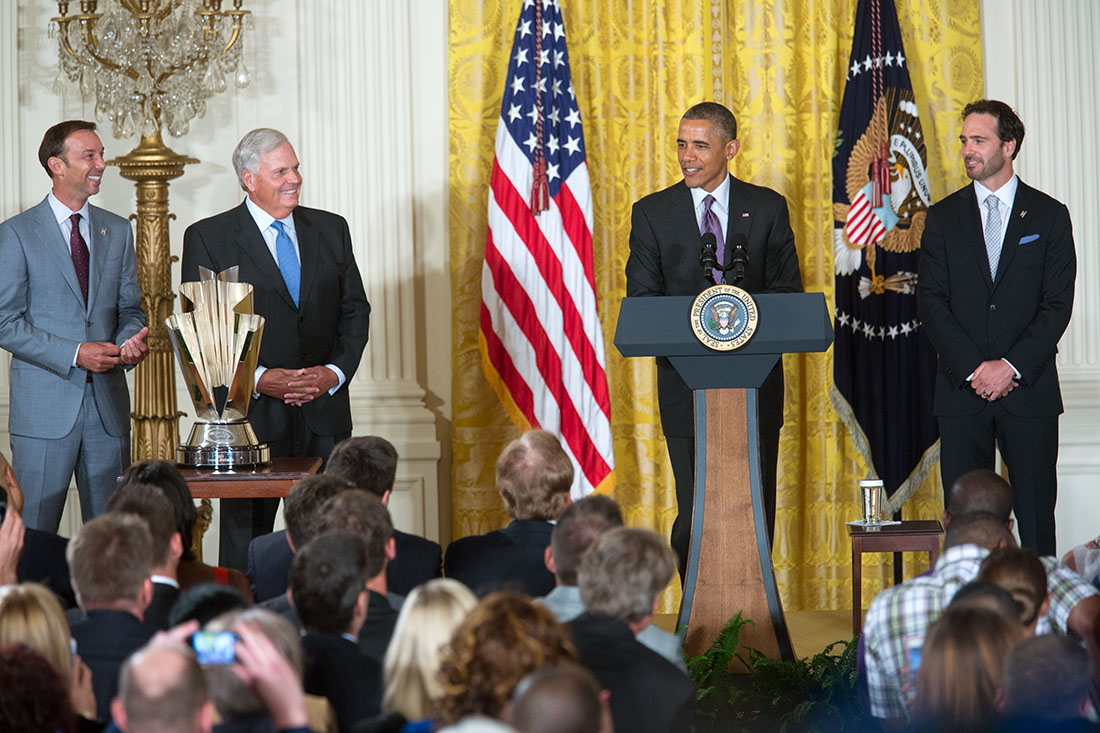