In Case You Missed It: LGBT Pride at the White House

With the First Lady by his side, the President spoke about the tremendous progress we have made during the course of his Administration -- from repealing "Don't Ask, Don't Tell" to implementing the Affordable Care Act with important protections for LGBT people -- and restated his commitment to taking executive action on behalf of LGBT workers:

The majority of Fortune 500 companies already have nondiscrimination policies to protect their employees because it’s the right thing to do and because many say it helps to retain and attract the best talent. And I agree. So if Congress won’t act, I will. I have directed my staff to prepare an executive order for my signature that prohibits discrimination by federal contractors on the basis of sexual orientation and gender identity.

"... I’ve asked my staff to prepare a second executive order so that federal employees -- who are already protected on the basis of sexual orientation -- will now formally be protected from discrimination based on gender identity as well." 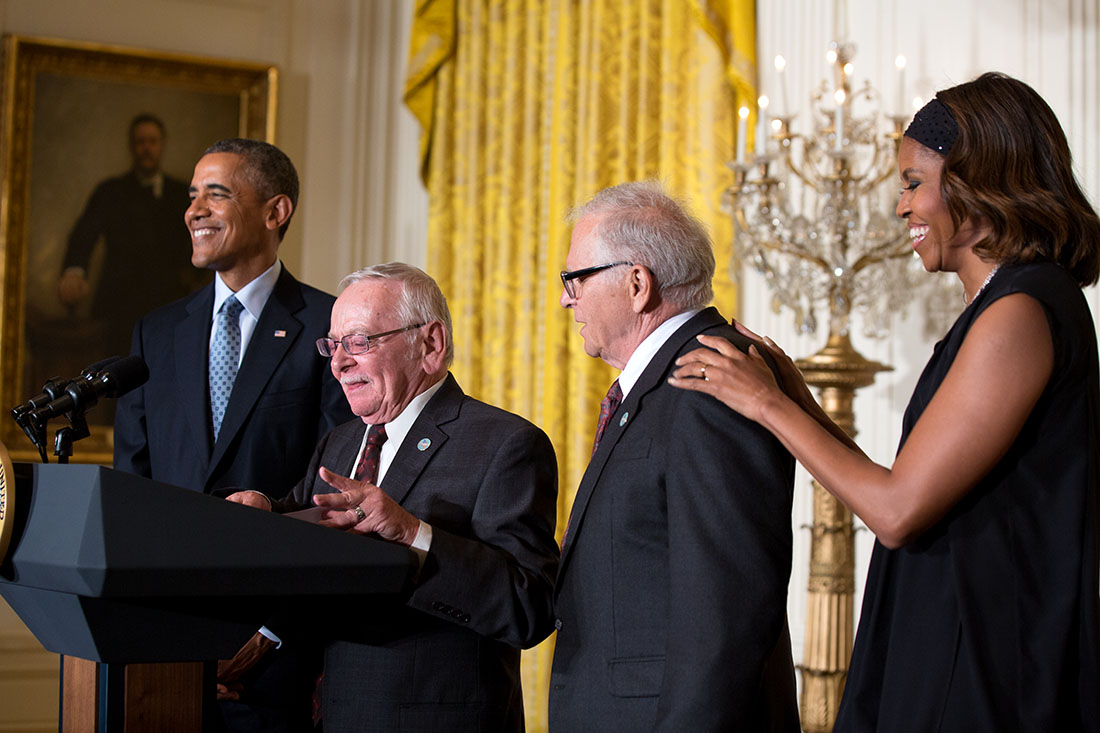 In closing his remarks, the President called on the LGBT community and its allies to continue to work towards dignity, equality, and justice for all communities:

Dr. King said an “injustice anywhere is a threat to justice everywhere.” And that means that we’ve got to be able to set up a community that extends beyond our own particular narrow interests; we’ve got to make sure that we’re reaching out to others who need our help as well.

Read the President’s full remarks, watch video, and learn more about the Obama Administration’s efforts to advance equality for the LGBT community.