July 2, 2014 at 6:11 PM ET by Nina Ahmad and Stephen Chen
Twitter Facebook Email
Summary:
Recent regional round tables in Philadelphia, Pennsylvania (Region 3) and Denver, Colorado (Region 8). Representatives from several federal agencies and local community and business leaders were able to convene and discuss issues that affect the AAPI community in these two regions.

When people think about Asian American and Pacific Islander (AAPI) communities, coastal states like California or New York might come to mind. However, Pennsylvania and Colorado are also home to a dynamic and growing number of AAPIs. Included in this mix are the more established groups such as Chinese Americans, Japanese Americans, and Filipino Americans mingling with recent immigrants from countries including Bangladesh, Indonesia, Cambodia, Thailand, Vietnam, Burma, and Bhutan. Although it is made up of a wide variety of cultures and nationalities, more often than not the AAPI community is thought of as a homogeneous group. For this reason, the White House Initiative on Asian Americans and Pacific Islanders (WHIAAPI) as well as the Regional Interagency Working Groups (RIWGs) are committed to giving underrepresented groups within the AAPI community a voice and the help that they need.

We recently hosted regional roundtables in Philadelphia, Pennsylvania (Region 3) and Denver, Colorado (Region 8). Representatives from several federal agencies and local community and business leaders were able to convene and discuss issues that affect the AAPI community in these two regions.

At the roundtables, the RIWGs introduced community members to the resources available within each agency before shifting to listening mode. Some federal agencies that attended the roundtables included the Department of Health and Human Services,  Social Security Administration, Department of Labor, Small Business Administration, General Services Administration, Equal Employment Opportunity Commission, and U.S. Citizenship and Immigration Services. Community members then spoke about the health, small business, immigration, and civil rights issues that sit front and center in their daily lives.  Many issues arose that are shared with various communities across the country – language access for limited English proficient communities in government, judicial, and health services, the shadow of the model minority myth and the attendant need for greater data disaggregation for the AAPI community, and concerns about immigration reform and protections for undocumented individuals.

Roundtable participants in both regions engaged in dialogue about topics of concern in their areas. In Philadelphia, there was talk about increasing access to small business loans from the Small Business Administration and increasing collaborations with the local Asian American Chamber of Commerce, as well as steps that could be taken to increase awareness about critical immigration policies without instilling fear. 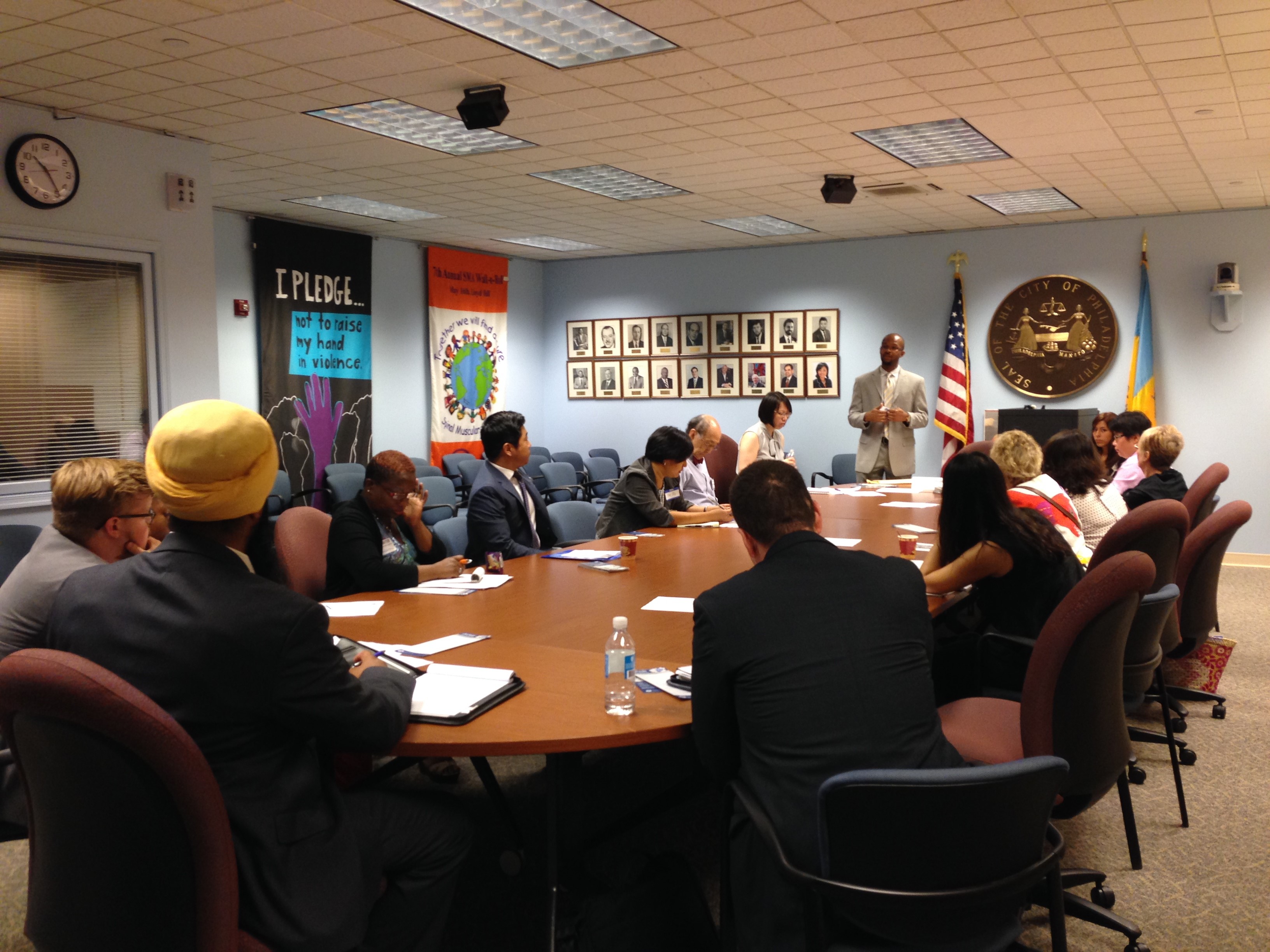 Federal officials from Region 3 share resources available to the community in Philadelphia, PA on June 26, 2014. (by Bessie Chan)

In Denver, there were discussions over the emerging Bhutanese and Burmese communities and a strong interest in building the community infrastructure to enable greater communication and delivery of services for the diverse and geographically dispersed AAPI community in Colorado. 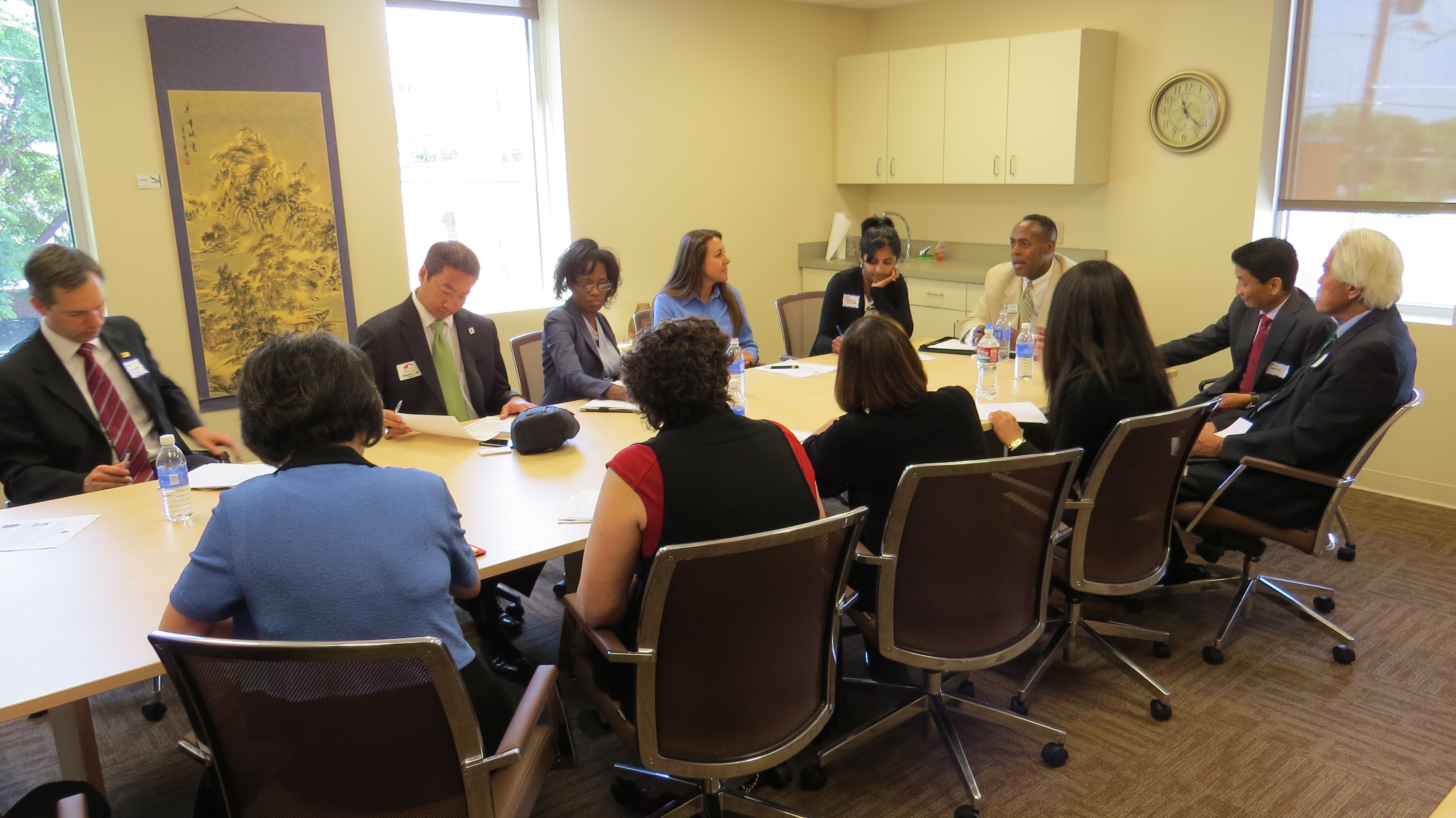 Representatives from federal agencies and local community and business leaders discuss issues that affect the AAPI community in Denver, Colorado and Region 8 on June 27, 2014. (by Clarence Low)

Collectively, both the Region 3 and Region 8 RIWGs will take the community’s feedback and create a plan to reach AAPI communities with the federal programs that can help address their issues.  Whether a nonprofit wants to obtain a grant in order to run more efficiently or an individual needs in-language assistance to sign up for health insurance, we are here to make sure that communities get the services they need.  These roundtables encourage continued collaborations between the RIWG and the local AAPI community, and we’re excited to take the next steps to further those partnerships.

Nina Ahmad is a member of the President’s Advisory Commission on AAPIs. Stephen Chen is a Supervisory Attorney for the Department of Education and leads WHIAAPI’s Region 8 Interagency Working Group.