Reflecting on 50 Years of the Civil Rights Act of 1964 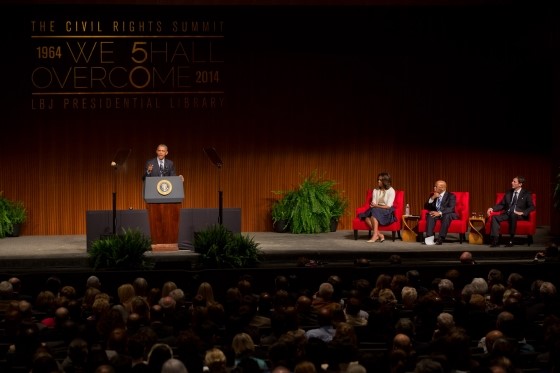 Today, July 2, 2014, marks the 50th anniversary of the Civil Rights Act of 1964, the landmark legislation signed by President Lyndon B. Johnson outlawing discrimination based on race, color, religion, sex, or national origin.

Thanks to the law, the civil rights movement that spurred it, and the progress made since, new doors of opportunity have opened for all Americans, including Asian Americans and Pacific Islanders.

AAPIs are now the fastest growing racial group in the United States, and the community’s needs are diverse and complex. AAPIs continue to face challenges such as employment discrimination, hate crimes, limited English proficiency, and more.

That’s why in 2009, President Obama reestablished the White House Initiative on Asian Americans and Pacific Islanders (AAPIs). The Initiative works to improve the quality of life for AAPIs through increased access to and participation in federal programs ranging from education and health to economic growth and immigration. Under President Obama, the Initiative has reached over 30,000 people at more than 200 roundtables, stakeholder meetings, and summits in 25 states, the District of Columbia, and the Pacific Islands. Across the federal government, the Initiative has worked to increase awareness of how to report discrimination, bullying, and harassment. It held in-language Google+ Hangouts on the Affordable Care Act in Korean, Vietnamese, and Mandarin Chinese. And the Initiative is working across federal agencies to implement, monitor, and enforce the language access requirements of Title VI of the Civil Rights Act of 1964 and Executive Order 13166.

The 50th anniversary of the Civil Rights Act is an important opportunity to look back and celebrate the great accomplishments of the civil rights movement. It is also a moment to recommit to the work that remains, as noted by President Obama in a proclamation celebrating the occasion:

As we reflect on the Civil Rights Act and the burst of progress that followed, we also acknowledge that our journey is not complete. Today, let us resolve to restore the promise of opportunity, defend our fellow Americans' sacred right to vote, seek equality in our schools and workplaces, and fight injustice wherever it exists. Let us remember that victory never comes easily, but with iron wills and common purpose, those who love their country can change it.