July 3, 2014 at 11:02 AM ET by Bess Evans
Twitter Facebook Email
Summary:
For Adelina of Sunland Park, New Mexico, like for so many others, Medicaid coverage is providing her with the coverage she needs to be healthy.

For Adelina of Sunland Park, New Mexico, living in one state over another made all the difference in getting health care. Because she lives in New Mexico, rather than nearby Texas, she was able to access health care. The real difference of a state’s decision making is demonstrated in both Adelina’s story and a new report released yesterday by the Council of Economic Advisers entitled Missed Opportunities: The Consequences of State Decisions Not to Expand Medicaid. 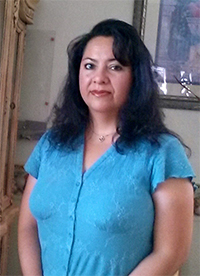 Finding herself needing to care for her sick mother, Adelina was unemployed and without insurance for over six months. But after keeping up with the news, she found that because New Mexico had expanded Medicaid under the Affordable Care Act, she had access to the affordable health insurance coverage she needed.

She recently wrote to President Obama to share her experience, explaining, “I write because I feel it is important to let our leaders know how their policies impact their constituencies.” She went on to say her coverage “has not only saved me thousands of dollars, but in some ways has kept me from further stress complications as anyone that is out of work knows how stressful that is.”

Since the implementation of the Affordable Care Act, 5.2 million additional Americans have coverage from Medicaid and the Children’s Health Insurance Program (CHIP) in the 26 states and the District of Columbia that expanded Medicaid eligibility to all non-elderly individuals in families with incomes below 133 percent of the Federal Poverty Level. Adelina, who recently obtained health insurance under the New Mexico Medicaid Centennial Care system, was one of the Americans who received coverage following state decisions to expand Medicaid under the Affordable Care Act.

This coverage not only saved Adelina “thousands of dollars,” but was also instrumental when she had an emergency eye injury. Rather than pay more than $5,000 for an emergency room visit and treatment, she was treated by an ophthalmologist under her coverage. Health insurance has also provided her the opportunity to receive preventive care such as a mammogram and blood work. Without coverage, she would have incurred significant hospital debt and would not have been aware of the health issues that her blood work revealed. In her own words, “I am happy I can maintain a healthy lifestyle so that I can continue to pursue my dreams of a good job and continue to work.”

Adelina’s experience is not unique and is shared by thousands across the country. Medicaid makes a big difference in the lives of those who qualify, providing improved access to care and greater financial security. Yet these benefits go beyond just the individual and impact states’ economies in a significant way.

Over the long run, healthier workers who are less financially stressed and are in better mental health may be more likely to participate in the workforce and have higher productivity. But states that have decided to expand Medicaid are also seeing big economic benefits today. States that have decided to expand Medicaid coverage will boost employment by 79,000 jobs in 2014 and 172,000 jobs in 2015. These extra jobs, spurred by the nearly $84 billion in federal support that these states will receive through 2016 because they have expanded Medicaid, will help to bolster these states’ total economic activity by nearly $62 billion through 2017.

There are still 24 states that have not expanded Medicaid coverage. These states are not only forgoing 85,000 jobs in 2014, 184,000 jobs in 2015, and $88 billion in federal funding through 2016, but they are also denying health insurance coverage to millions of their low-income residents. In her letter, Adelina notes that she lives in New Mexico just miles from the Texas border, and that Texas has not expanded Medicaid. Because of Texas’s decision to play politics instead of expanding Medicaid, people just on the other side of the border cannot get the health care and financial protection they need.

Thankfully, there are states such as New Mexico that have seized the opportunity to ensure that people like Adelina receive the health care that they deserve. In her words, “New Mexico has the right idea and I am very proud to be a New Mexico resident.”

For Adelina, like for so many others, Medicaid coverage is providing her with the coverage she needs to be healthy. And as she explains: “I know that it is a fact that healthy people make a healthy economy.”