President Obama Visits 1776, "An Incubator for All Sorts of Tech Startups" 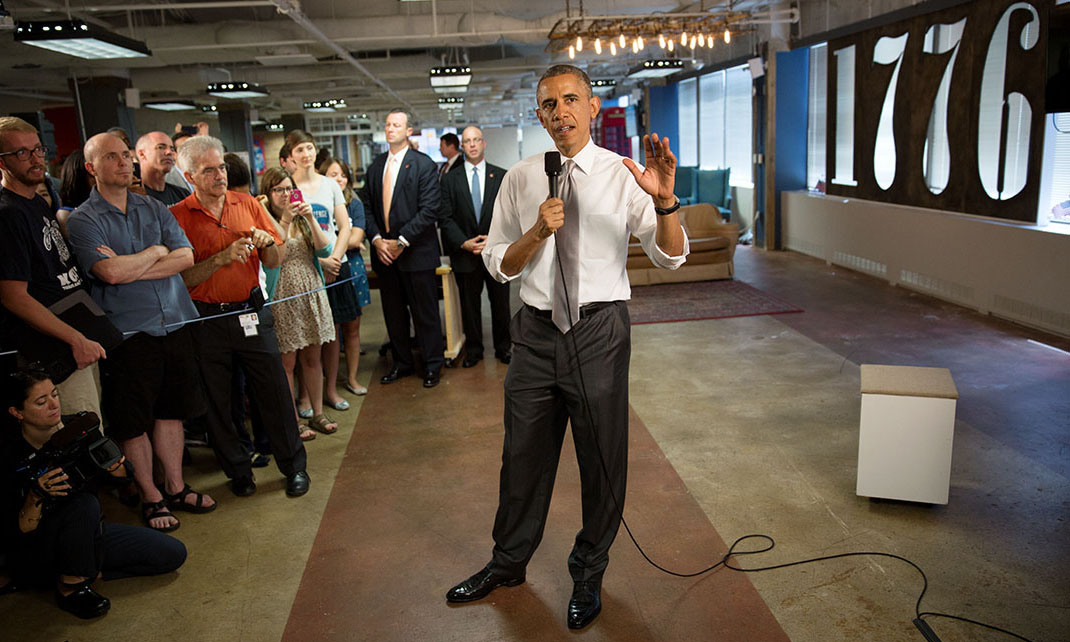 On the day before we celebrate America’s independence, President Obama had a chance to stop by 1776, a tech startup incubator in D.C. that supports entrepreneurs tackling major challenges in education, energy, health care, and other critical industries. The President’s visit coincided with the June jobs report, which shows the supporting role that startups and new businesses are playing in the American economy.

As he said, places like 1776 are helping Americans “coming from a wide range of backgrounds -- we had former Army Rangers; we had lawyers; we had former HR folks, transportation experts, engineers -- all of them had the kind of energy and drive and creativity and innovation that has been the hallmark of the American economy.”

The entrepreneurs the President met reflect a larger story about the growing strength of the American economy. The President highlighted a new June jobs report showing that in the first half of this year, the American economy added 1.4 million jobs -- the most in any first half since 1999. This includes hundreds of thousands of jobs in some of the most advanced high-technology sectors.

In addition, incubators like 1776, and the startups and entrepreneurs they represent, will play an important role in boosting the economic recovery, as businesses with fewer than 500 employees have accounted for more than 60 percent of the jobs added since early 2010.

Evan Burfield and Donna Harris launched 1776 in 2013 on the second anniversary of the President’s Startup America Initiative, which is an all-hands-on-deck effort to celebrate, inspire, and accelerate high-growth entrepreneurship in America. In the last three years, the initiative has been expanding access to capital, moving research breakthroughs from lab to market, and growing a broad coalition of government, non-profit, and private-sector stakeholders dedicated to answering the President’s call to support American entrepreneurs.

Incubators like 1776 represent the ingenuity, innovation, and drive that are fueling America’s recovery. That’s why we can’t imagine a better way for the President to kick off the July 4th weekend.

You can find out more about the President’s plan to support America’s entrepreneurs at WhiteHouse.gov/StartupAmerica.