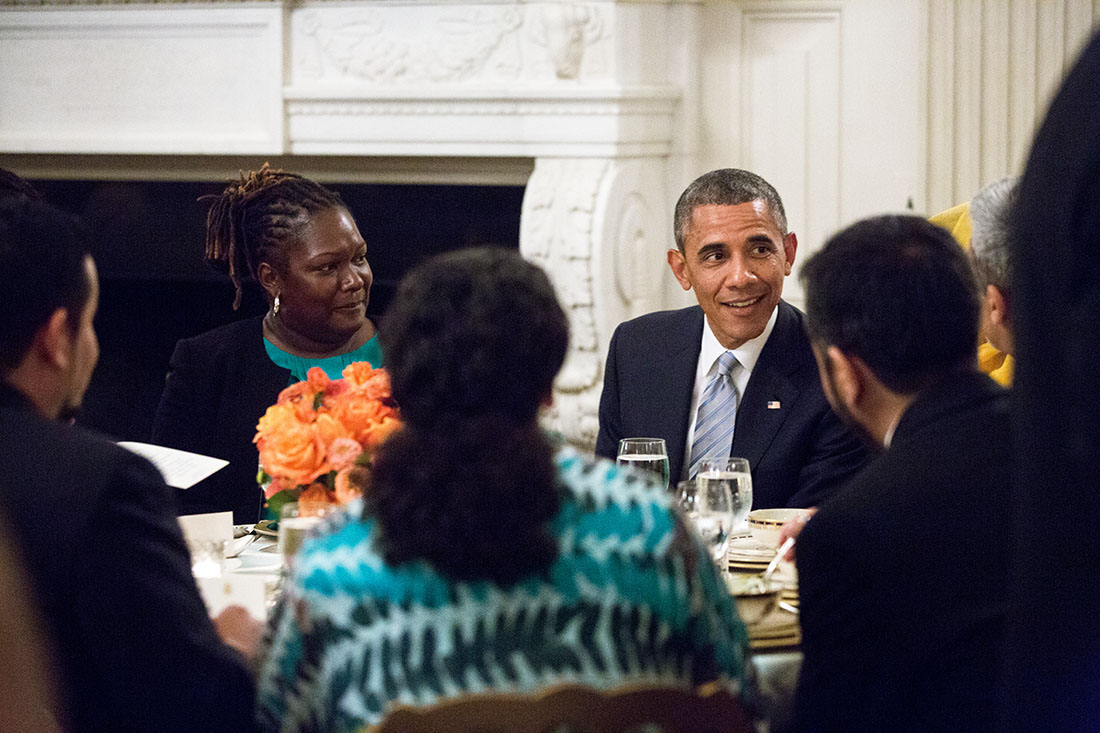 Last night, President Obama hosted his sixth Iftar dinner celebrating Ramadan at the White House, an annual tradition started by First Lady Hillary Clinton when she hosted a Ramadan Eid celebration dinner in 1996. Many consider President Thomas Jefferson to be the first President to host an Iftar dinner, as he hosted a sunset dinner to accommodate the fasts of an envoy from Tunisia over 200 years ago.

The Iftar is the meal after sunset that concludes the day of fasting during the month of Ramadan, a time to pray and reflect, to be reminded that we are equals in humanity, and to reaffirm commitments to helping the less fortunate, including those struggling from economic hardship and inequality.

Last night, guests were welcomed into the East Wing where a copy of the Quran owned by President Thomas Jefferson, one of the founding fathers of the United States, was on display from the Library of Congress. At sunset, guests gathered in the Grand Foyer to break their fast with a date following the traditional melodic Muslim call to prayer led by a local student from the University of Maryland. Then finally, after a 16-hour day of fasting since sunrise, guests gathered in the State Dining Room for a halal meal with the President. 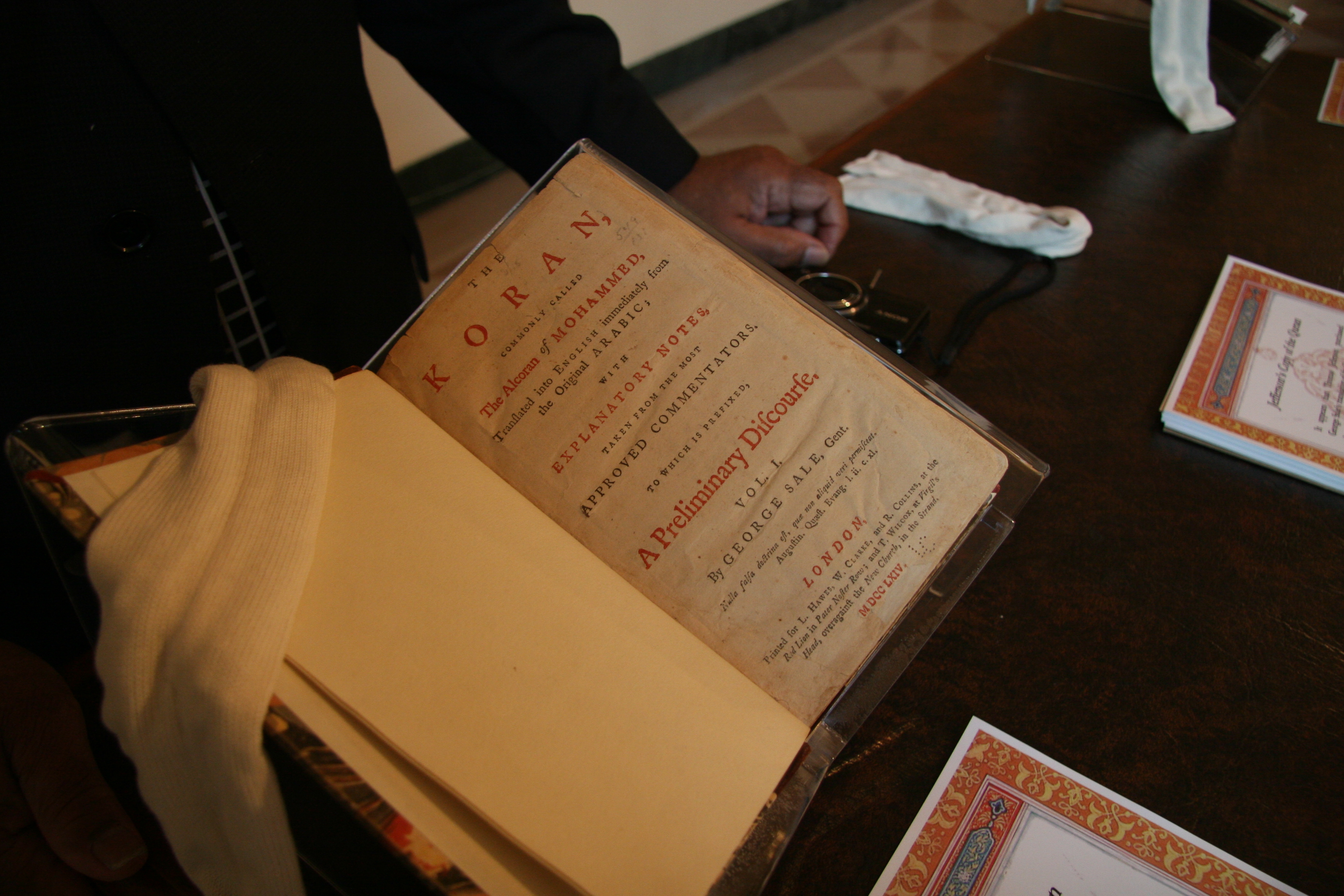 President Thomas Jefferson’s copy of the Quran on display for guests attending the White House Iftar. (Photo by Jill DeWitt of the Curator’s Office)

Among attendees were members of the diplomatic corps, White House administration officials, U.S. Government staff, elected officials, and Muslim Americans who have been doing great work to strengthen the fabric and prosperity of our nation. This year’s Iftar celebrated Muslim Americans working tirelessly to fight income inequality by creating opportunities for access, whether through education, health, food security, or at-risk youth development.

Among those at the President’s table was Kelly Carlisle, a former member of the Navy who leads an urban farming program where at-risk children grow and sell fresh food to eat healthier and deposit the profits they earn into individual savings accounts to build toward a better future.

Aala Muhammed’s parents emigrated from Sudan and worked several jobs to send her to a good high school in Chicago, but her hopes of going to college faced financial challenges. With the help of a nonprofit that focuses on young people, she earned admissions to Yale University and now runs her own program to encourage girls of color to pursue science, technology, engineering, and mathematics (STEM) education.

Also seated with the President was Muhammed Chaudhry, who runs a foundation that works with schools, parents, and local IT startups to better prepare students to embrace science and math and find creative ways to keep academic enrichment programs going for low-income students in the face of summer program budget cuts.

During his remarks, the President thanked the Muslim community for the contributions they’ve made to create opportunities for those who lack access. No matter our faith, race or gender, we are equals in humanity.

Tonight we reaffirm a simple truth.  Fundamental to the character of our country is our freedom of religion -- the right to practice our faith as we choose, to change our faith if we choose, or to practice no faith at all and to do all this free from fear of.  All of us are deserving of an equal opportunity to thrive -- no matter who we are, what we look like, what we believe, or how we pray.  And all of us have an obligation to do our part -- to help others overcome barriers, to reverse the injustice of inequality and to help more of our fellow citizens share in the promise of America.

In Islam, there is a hadith that says God helps the servant as long as the servant helps his brother.  In other words, we’re summoned to serve and lift up one another, and that’s the lesson of several of our guests here tonight.

President Obama also wished Muslim Americans and Muslims all around the world a blessed Ramadan.