July 15, 2014 at 7:20 PM ET by David Agnew
Twitter Facebook Email
Summary:
State and local officials understand that passing a long-term infrastructure bill is not only the right thing to do for the country, it’s just common sense. 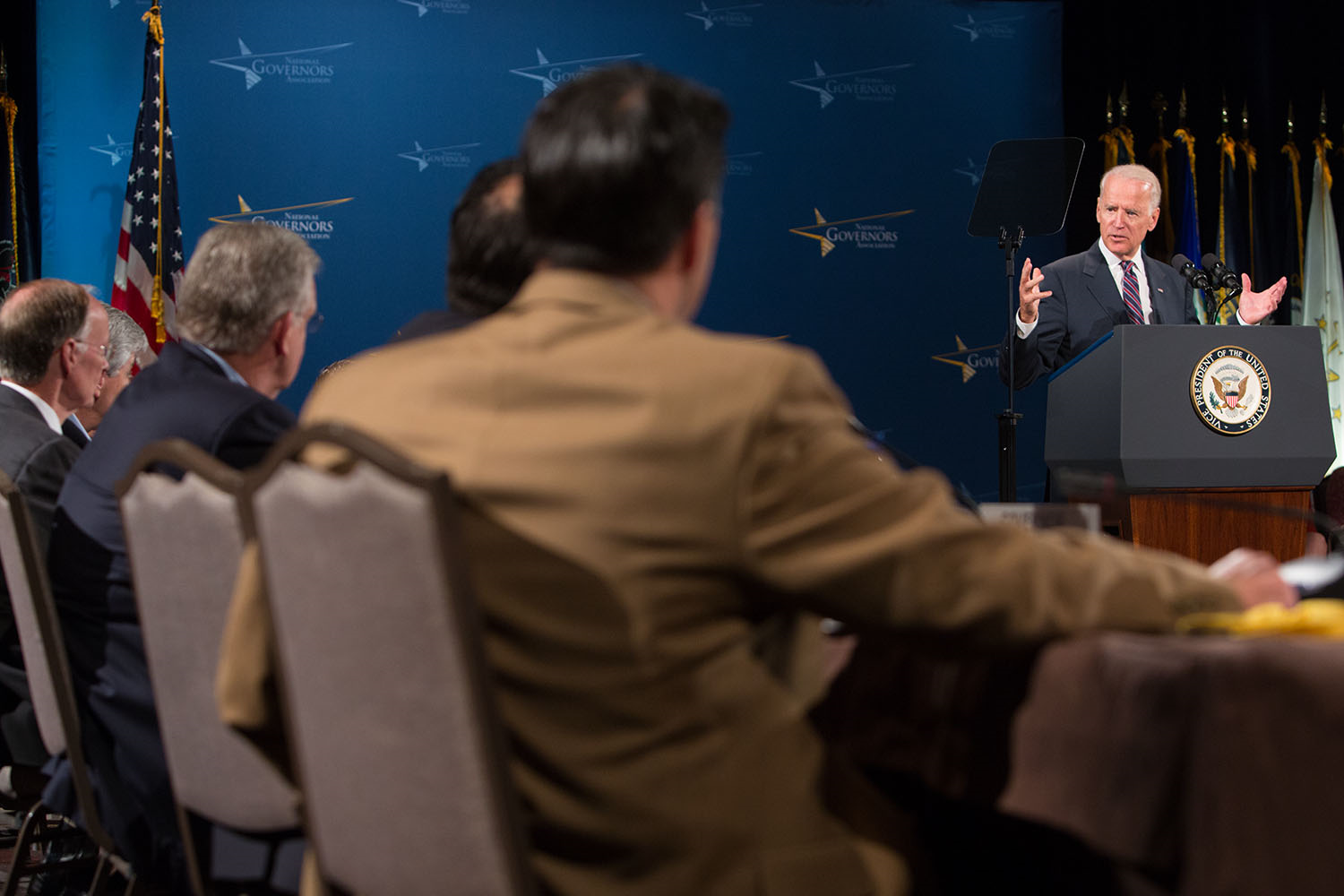 Today, President Obama traveled to the Turner-Fairbank Highway Research Center in McLean, Virginia to deliver remarks on the importance of rebuilding our nation’s infrastructure, urging Congress to pass a long-term infrastructure bill that would provide certainty for state and local partners, support millions of jobs, and position our economy for lasting growth:

We know that in a 21st century economy, businesses will set up shop wherever they find the best roads and bridges, and the fastest rail and Internet, the smartest airports, the smartest power grids.  First-class infrastructure attracts first-class jobs.  And right now, our investments in transportation are lagging the rest of the world.

He also spoke about the importance of replenishing the Highway Trust Fund (HTF) before it runs out this summer, jeopardizing nearly 700,000 American jobs and undermining the ability of states to build and repair roads, bridges, and other infrastructure projects across the country.

During his remarks last week to the National Governors Association (NGA) in Nashville, Tennessee, Vice President Biden called on governors to continue their push on Congress to pass an infrastructure bill. In a recent letter from NGA to congressional leadership, four bipartisan governors – Mary Fallin of Oklahoma (NGA Chair), John Hickenlooper of Colorado (NGA Vice Chair), Robert Bentley of Alabama, and Earl Ray Tomblin of West Virginia – stressed the importance of resolving the HTF shortfall and enacting a long-term infrastructure bill: “Strengthening our nation’s infrastructure is critically important for governors because infrastructure is a fundamental ingredient to advance economic growth and global competitiveness, create jobs and improve overall quality of life.” According to these governors, “The time is now to settle these issues and prevent avoidable uncertainty.”

Federal inaction and short-term extensions create uncertainty at the state and local levels, which hinders transformative transportation investments and prevents our nation’s economy from moving forward.  Our national organizations stand together to collectively urge Congress to find a long-term fix for the HTF and pass a multi-year surface transportation authorization bill.  Let’s get it done together.

To provide state and local governments with the multi-year certainty needed to strengthen the economy, the President has proposed the GROW AMERICA Act – a $302 billion, four-year transportation reauthorization bill that provides increased and stable funding for our nation’s backlog of deficient highways, bridges, transit, and rail systems. This proposal would also enable more transformative transportation projects that will create millions of new jobs to improve America’s global competitiveness while increasing access to the ladders of opportunity that help Americans get ahead.

State and local officials understand that passing a long-term infrastructure bill is not only the right thing to do for the country, it’s just common sense. A new report from the Council of Economic Advisers and National Economic Council details the long-term economic benefits of transportation investment. For an interactive map outlining the condition of each state’s roads and bridges as well as the jobs that would be put at risk if Congress fails to act, click HERE.

The President’s investment plan for a 21st-century transportation infrastructure would support millions of jobs and lay the foundation for American businesses to better compete globally. As the Vice President told the governors on Friday:

Our proposed investment in infrastructure will create millions of middle-class jobs and will generate economic growth.  I don't know a single government – any political party, no matter how far left or right you are who doesn't want the job that you can raise a middle-class family on.

If you are a state or local official who supports this plan, we urge you to make your voices heard. To learn more about the GROW AMERICA Act, please visit www.dot.gov/grow-america.

Former Deputy Assistant to the President and Director of Intergovernmental Affairs