The First Lady Attends the Unite for Veterans Summit

July 16, 2014 at 5:15 PM ET by Colonel Steve Parker
Twitter Facebook Email
Summary:
First Lady Michelle Obama delivers the keynote speech during the Unite for Veterans summit, a community effort to identify best practices in housing and employment for veterans and their families. 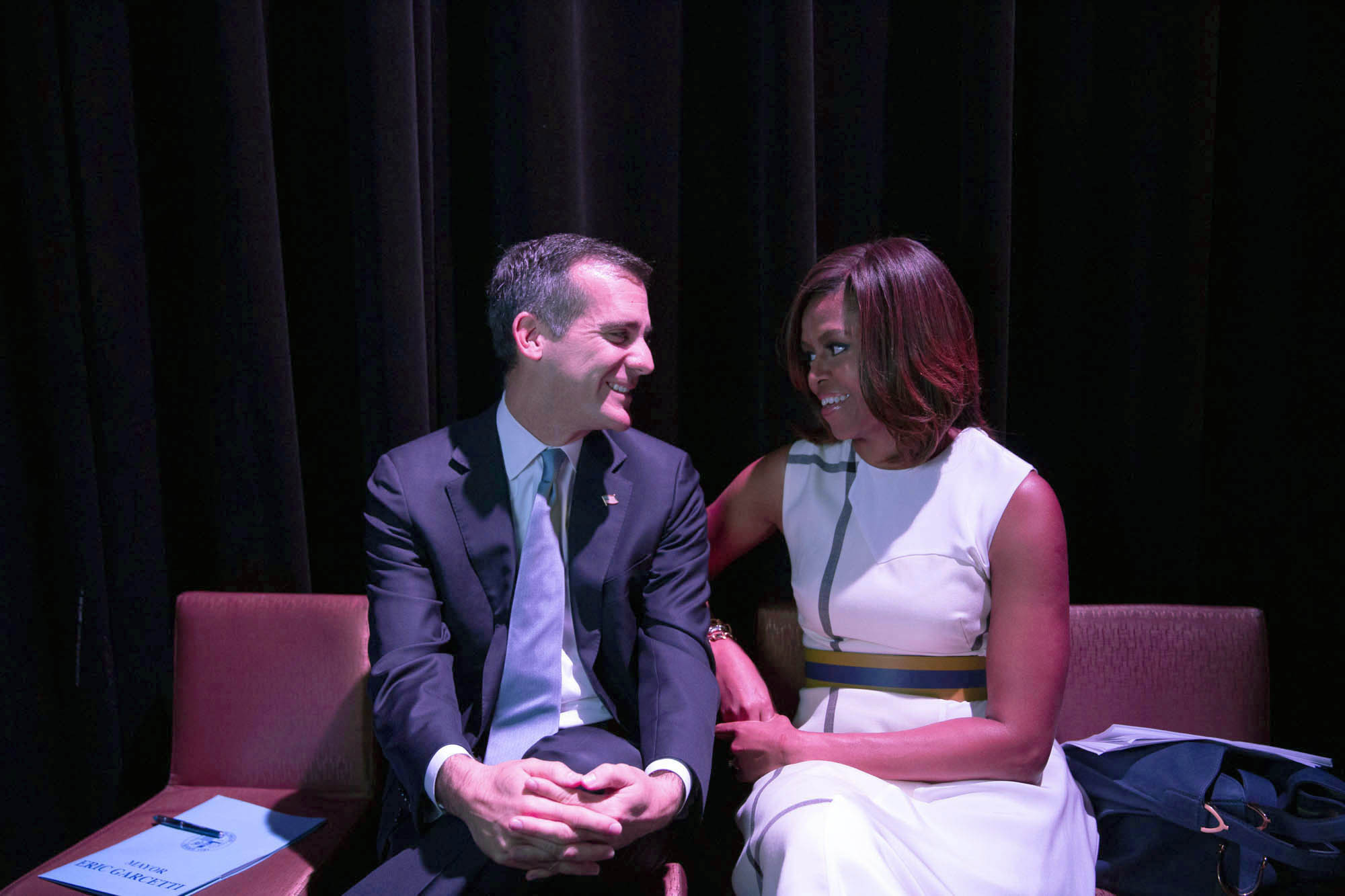 Today, First Lady Michelle Obama delivered the keynote speech during the Unite for Veterans Summit in Los Angeles. The summit, which gathered local officials, service providers, researchers, and funders, identified best practices in housing and employment for veterans and their families, and was a shining example of community collaboration.

The event — co-hosted by the United Way of Greater Los Angeles, the University of Southern California, and the Federal Reserve Bank of San Francisco — gave Los Angeles community leaders an opportunity to learn about the issues impacting veterans and their families, and to accept the challenge of addressing and ending them. As one formerly homeless veteran noted, "We are here to do whatever it takes for as long as it takes.”

One of today’s highlights was Los Angeles Mayor Eric Garcetti’s announcement that the city of Los Angeles signed on to the Mayors Challenge to End Veterans Homelessness. Los Angeles and its surrounding communities have more than 6,000 homeless veterans. Mayor Garcetti, a Navy veteran himself, also recently announced the 10,000 Strong Initiative — a commitment by more than 150 public and private organizations in Los Angeles to employ 10,000 veterans by 2017.

As the First Lady said in her speech today, “This work isn’t just about paying back the debt we owe these men and women, it’s about investing in their future and the future of this country.”

We applaud the leadership shown by Mayor Garcetti and the community leaders of Los Angeles as they take action to invest in our veterans and their families, and ultimately this great nation.