The President Gives an Update on the Situation in Ukraine

This morning, President Obama made a statement on the current situation in Ukraine, in the wake of Malaysia Airlines Flight MH17 being shot down last week over territory controlled by Russian-backed separatists in Ukraine.

Following his press statement on Friday, the President restated today that "our immediate focus is on recovering those who were lost, investigating exactly what happened, and putting forward the facts. We have to make sure that the truth is out and that accountability exists."

He also noted that international investigators are already on the ground, prepared and organized to conduct "the kinds of protocols and scouring and collecting of evidence that should follow any international incident like this." President Obama then called on Russia -- and President Vladimir Putin in particular -- to "insist that the separatists stop tampering with the evidence, [and] grant investigators who are already on the ground immediate, full, and unimpeded access to the crash site."

At the beginning of his statement, the President also took a moment to address the situation in Gaza. He reiterated that Israel has a right to defend itself against rocket and tunnel attacks from Hamas, but that we also have "serious concerns about the rising number of Palestinian civilian deaths and the loss of Israeli lives."

"That is why it now has to be our focus, and the focus of the international community," he said, "to bring about a ceasefire that ends the fighting and that can stop the deaths of innocent civilians -- both in Gaza and in Israel." 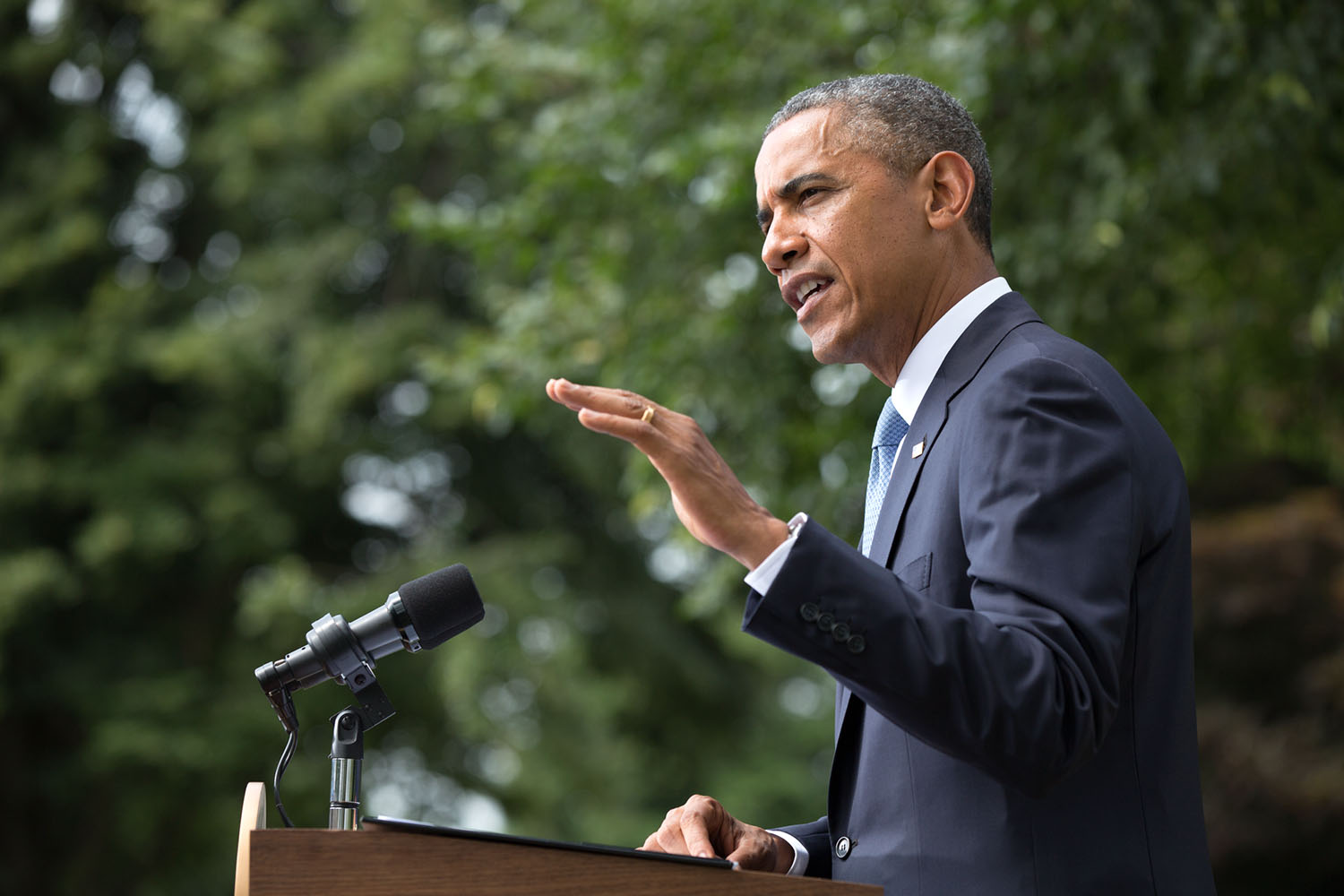 President Barack Obama delivers a statement on the situation in Ukraine, on the South Lawn of the White House, July 21, 2014. (Official White House Photo by Pete Souza)