Celebrating 24 Years of the Americans with Disabilities Act

Read the President’s proclamation in support of the anniversary here.

This morning, Valerie Jarrett, Senior Advisor to the President; Paulette Aniskoff, Director of the Office of Public Engagement; and I hosted a meeting with a small group of disability leaders to commemorate the 24th anniversary of the ADA. In the meeting, we discussed the critical efforts that federal agencies are leading to protect the rights of, and participation by, people with disabilities in our communities.

We also discussed ways in which we can all work together to ensure that all Americans with disabilities, including our veterans and wounded warriors, have the opportunity to be full and active members of our society, participants in our democracy, and self-sufficient contributors to our economy.

It's also fitting that President Obama signed the bipartisan Workforce Innovation and Opportunity Act (WIOA) into law during this anniversary week. WIOA, which reauthorizes the Workforce Investment Act, breaks down barriers and streamlines services with the goal of moving more individuals with disabilities into competitive, integrated employment.

WIOA expands career development and pre-employment services, and also modernizes and improves workforce development programs to help all individuals -- including youth and adults with disabilities – attain the skills they need to be successful in today’s economy. 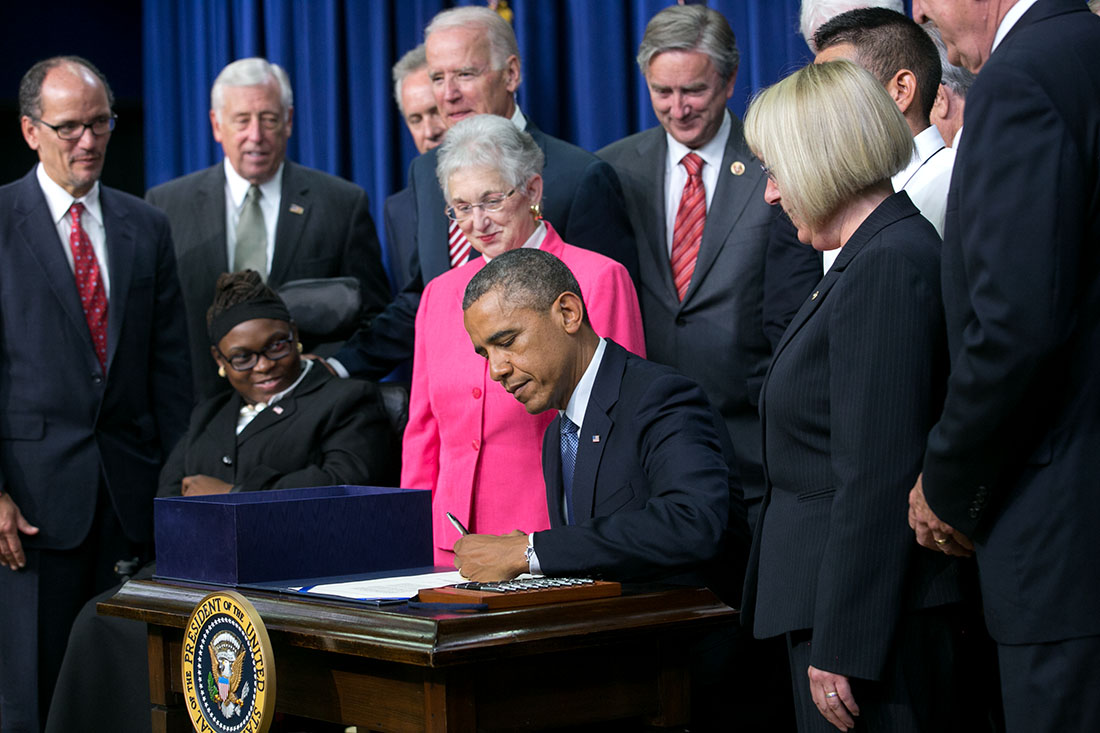 As the President said at the bill signing:

So the bill I’m about to sign will give communities more certainty to invest in job-training programs for the long run.  It will help us bring those programs into the 21st century by building on what we know works based on evidence, based on tracking what actually delivers on behalf of folks who enroll in these programs -– more partnerships with employers, more tools to measure performance, more flexibilities for states and cities to innovate and to run their workforce programs in ways that are best suited for their particular demographic and their particular industries.  And as we approach the 24th anniversary of the ADA, this bill takes new steps to support Americans with disabilities who want to live and work independently.  So there’s a lot of good stuff in here.

For more on WIOA and how it helps people with disabilities and our nation’s workforce, check out this fact sheet from the Department of Labor.