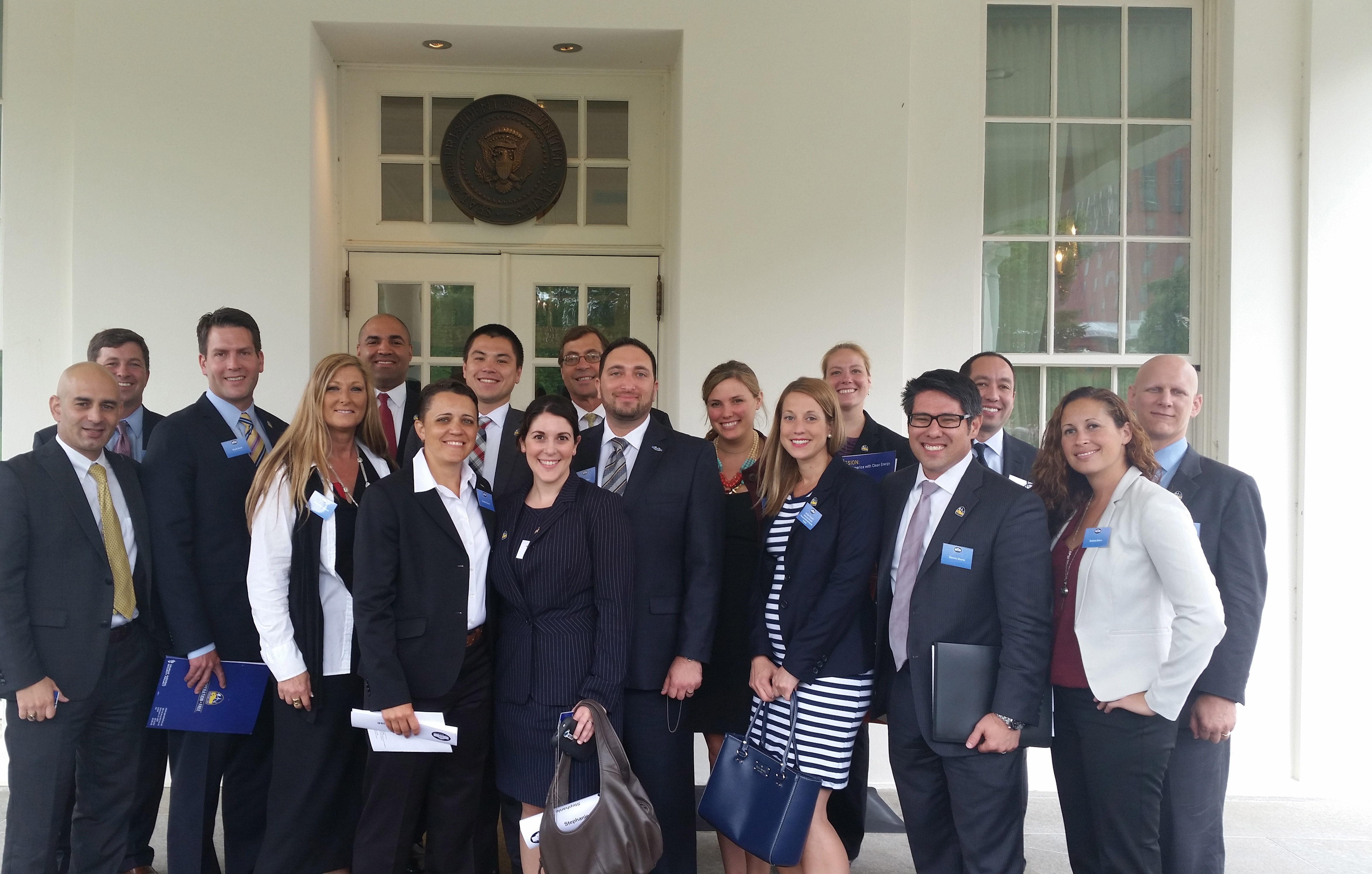 Veterans concerned about the national security impacts of climate change meet at the White House. (by Truman National Security Project.)

This week, I was honored to welcome a group of decorated veterans from around the country to the White House to meet with administration officials including the President’s Director for Energy and Climate Change, Dan Utech and Deputy Assistant Secretary of Defense, Brent Colburn.  We thanked them for supporting the President’s actions to combat climate change, and listened to their plans to take their message to communities across America.

America has always confronted threats to global security and prosperity, and throughout history, we have acted outside our narrow self-interest in order to protect the most vulnerable and defend individual freedoms around the world. While this effort requires all Americans, it is our troops who are often on the front lines.

Veterans have demonstrated their commitment to principles that define the American way of life. Through their service, they defended this country and often put themselves at great personal risk to provide security and economic opportunity for all.

But as the President noted in his speech at West Point, the world is changing at an accelerating speed. While this presents new opportunities, it also means we must answer greater challenges and threats.

Today, climate change underlies struggles and challenges for global security and prosperity. With rising sea levels, resource scarcities, and the increased frequency and intensity of extreme weather events like droughts, floors, and storms, climate change is worsening instability and provoking or accelerating conflict from the Middle East to Africa to the Pacific Rim. Climate change is increasing the burden on our military to provide humanitarian relief and maintain peace in the some of the most volatile regions of the world.

In 2013, nearly 14,000 military personnel were deployed to the Philippines in the aftermath of Typhoon Haiyan. This is not an uncommon occurrence—according to Secretary of the Navy Ray Mabus, our military receives a request humanitarian and disaster assistance missions every two weeks.

Here at home, the National Guard is preparing for a greater role in responding to the increasing number of natural disasters. During Hurricane Sandy, more than 14,000 military personnel were mobilized to deliver assistance to impacted communities.

We need strong climate policies to reduce the risk of instability and conflict abroad and to remain strong and secure here at home. American leadership has proved indispensable to solving the greatest challenges to global security time and again, and climate change is no exception.

This is why the President is taking significant steps to reduce carbon pollution, transition the country towards cleaner sustainable energy sources, and prepare our infrastructure for the impacts of climate change. Most recently, the EPA released a proposal to curb emissions from existing power plants, which are our single-largest source of carbon pollution. Ultimately, this leadership at home will strongly position the U.S. to lead international efforts.

As a combat veteran, I have no doubt that the United States military will continue prevail against all future threats and keep us safe. We will find innovative, effective solutions to the problem of climate change not only because we can, but because we must—the consequences of inaction in the face of this threat are too great to ignore.

That is why veterans—like those we recently welcomed to the White House—are at the forefront of efforts to advocate for robust action to combat climate change. They are bringing the message to elected officials around the country that the time for action is now. It is time for us to stand with them and rise to this challenge together.

Koby Langley is the Director of Veteran, Wounded Warrior, and Military Family Engagement at the White House