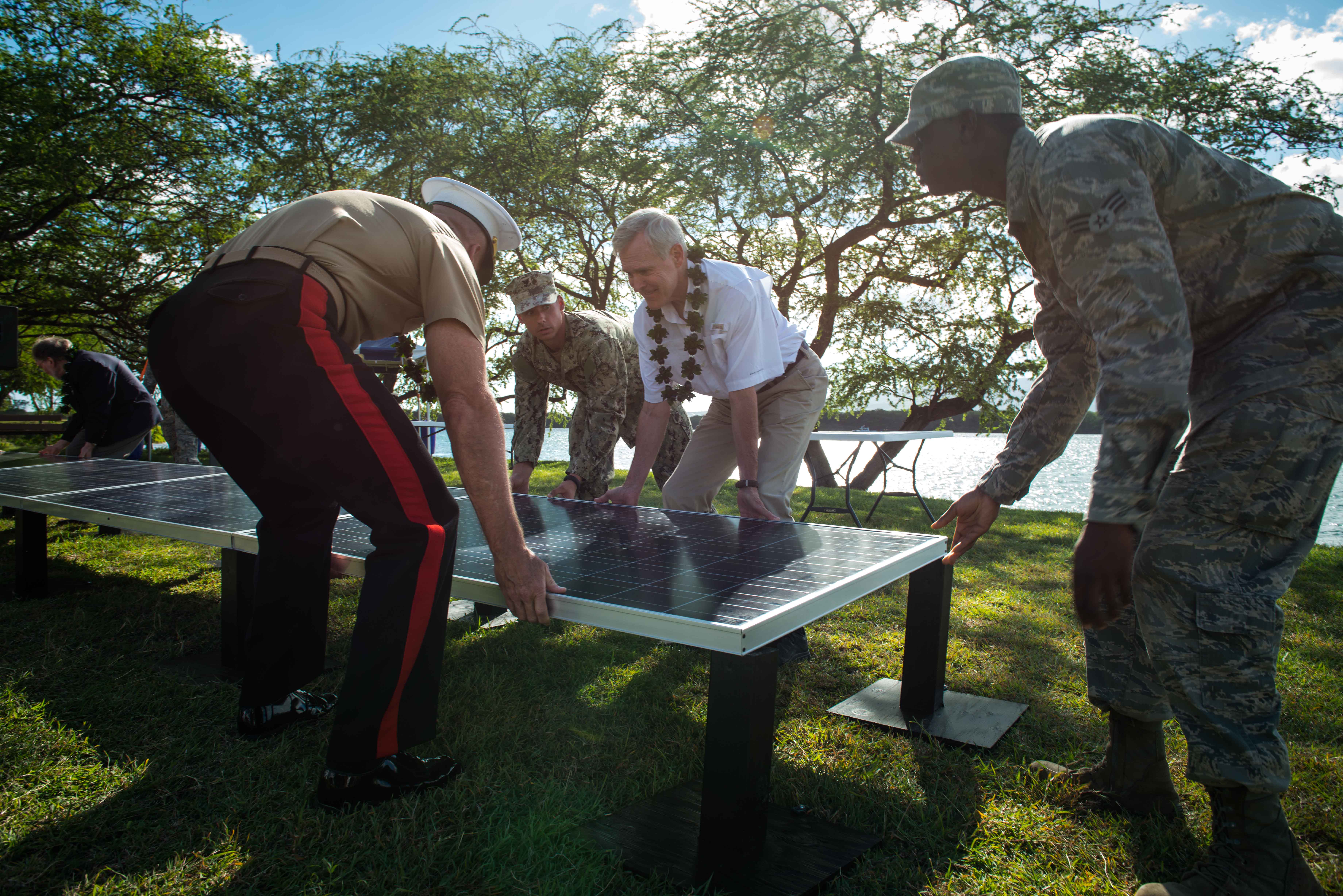 Secretary of the Navy Ray Mabus helps place a solar panel during a ground breaking at the USS Nevada Memorial at Hospital Point. (Photo courtesy of the United States Navy)

In 2009, President Obama set ambitious energy and sustainability goals to reduce energy use, pollution and waste, and save money in Federal operations. Today, Federal agencies released their annual updates highlighting the progress they’ve made thus far. These annual performance scorecards benchmark agencies’ progress and help them to target the best opportunities to improve.

The third National Climate Assessment released earlier this year made clear that climate change is already affecting every region of the country as well as key sectors of the economy. The President firmly believes that the Federal Government should lead by example in improving energy efficiency and cutting harmful carbon pollution. This is the fourth time agencies have publicly released their energy and sustainability scorecards as part of the Administration’s efforts to increase transparency and accountability in Federal operations.

These are big steps towards meeting our goals, and are saving taxpayers money. And we are working to do more.

For example, the Secretary of the Navy Ray Mabus yesterday announced new renewable energy projects at the Joint Base Pearl Harbor Hickam in Pearl Harbor, Hawaii, the Marine Corps Base Hawaii in Kaneohe, Hawaii, and Camp Smith in Aiea, Hawaii. The projects are expected to generate an estimated average savings of $1.6 million for taxpayers during their first year of operation. These projects will also avoid the burning of 54,000 barrels of imported oil, and reduce CO2 emission by 20,000 tons, the average annual energy use of over 5,000 Oahu homes.

The President has called for action in addressing climate change, and the Federal agencies are answering that call. With Federal Agencies working to lead the way in sustainability, the U.S. can build a healthier economy and a cleaner environment.