Weekly Wrap Up: Astronauts, "Inversions," and the VP and a White Board

July 25, 2014 at 7:02 PM ET by Garrett Brinker
Twitter Facebook Email
Summary:
This week, some astronauts stopped by the White House (hint: think 1969), we talked about "inversions" (more on that later), the President awarded the Medal of Honor, and the Vice President got a marker and white board and gave us a little bit of history on our nation's infrastructure.

This week, some astronauts stopped by the White House (hint: think 1969), we talked about "inversions" (more on that later), the President awarded the Medal of Honor, and the Vice President got a marker and white board and gave us a little bit of history on our nation's infrastructure.

"You Are Why I Ran for President in the First Place"

Yesterday, President Obama spoke under sunny skies at the Los Angeles Trade-Technical College. He talked about the progress that we've made since he took office and training our workers for a 21st-century economy.

The President called for a new sense of optimism and collective patriotism in this country: "Cynicism is a choice, and hope is a better choice. And if we can work together, I promise you there's no holding America back."

He also talked about something known as "inversions." What's an "inversion," you ask? Learn more here.

On Tuesday, President Obama invited Buzz Aldrin, Michael Collins, the astronaut who piloted the spacecraft that orbited the moon, and Neil Armstrong's wife, Carol, to the White House. Armstrong passed away in 2012. 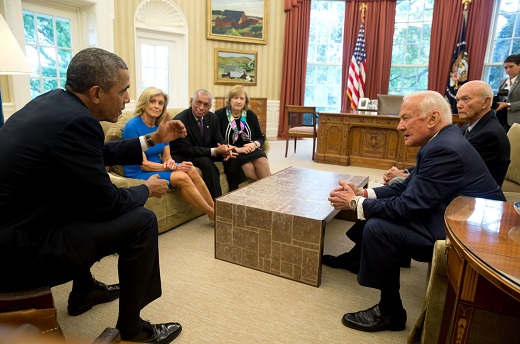 To honor the anniversary, we spent a little time poring over archival footage of the Apollo 11 mission -- and included some of the incredible work that NASA is doing today. We won't spoil it all for you here, but it includes redirecting asteroids around the moon and going to Mars. So, that's pretty cool.

The Vice President Takes the Marker

The Vice President talked about an issue that's very near and dear to him: the state of our infrastructure in this country. And to do that, he picked up a marker, and took to our "White House white board" to explain the crisis that our nation's roads and bridges face today.

65% of our roads are in less than good condition. 25% of our bridges require significant require or can't handle today's traffic. And 45% of Americans lack access to transit. Watch the Vice President explain the history of our country's infrastructure, and then be sure to pass this one on.

On Monday, President Obama presented the Medal of Honor to Staff Sergeant Ryan M. Pitts for his unwavering courage in one of the fiercest battles of the war in Afghanistan.

Pres Obama and Medal of Honor recipient SSG Pitts during benediction as his wife and son watch pic.twitter.com/62S4lHBr4g

The President described Ryan's heroic acts during his remarks:

As the insurgents moved in, Ryan picked up a grenade, pulled the pin, and held that live grenade—for a moment, then another, then another—finally hurling it so they couldn’t throw it back. Then he did it again. And again. Unable to stand, Ryan pulled himself up on his knees and manned a machine gun. Soldiers from the base below made a daring run—dodging bullets and explosions—and joined the defense. But now the enemy was inside the post—so close they were throwing rocks at the Americans; so close they came right up to the sandbags. Eight American soldiers had now fallen. And Ryan Pitts was the only living soldier at that post.

"We're All Heartbroken by What's Happened"

On Tuesday morning, the President visited the Embassy of the Netherlands and signed a condolence book for those killed in the shoot-down of Malaysia Airlines Flight MH17 in Ukraine. 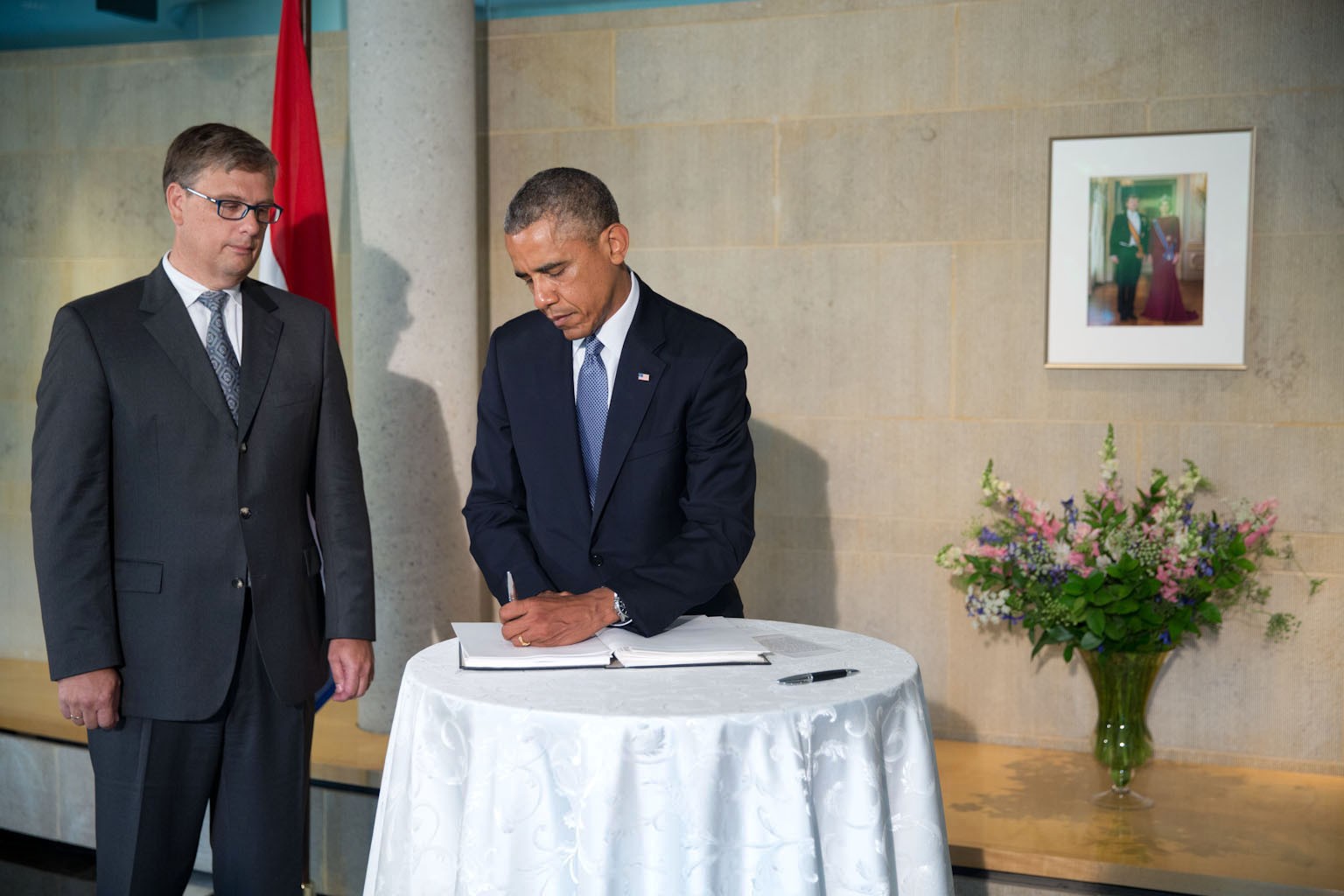 President Barack Obama visits the Embassy of the Netherlands in Washington, D.C., July 22, 2014, to sign a condolence book honoring those who were lost in the shoot-down of Malaysia Airlines Flight 17 in Ukraine. Standing with President Obama is Peter Mollema, the deputy chief of mission for the Netherlands Embassy. (Official White House Photo by Pete Souza)

In the condolence book, the President wrote:

On behalf of the American people, I extend our deepest condolences to the people of the Netherlands as they mourn the loss of so many family and friends. No words can adequately express the sorrow the world feels over this loss. It is made more acute by the deep ties of friendship between our two countries. Bound by that friendship, we will not rest until we are certain that justice is done.