President Obama Awards the 2013 National Medals of Arts and Humanities

July 28, 2014 at 6:41 PM ET by Garrett Brinker
Twitter Facebook Email
Summary:
President Obama and the First Lady honored the 2013 National Medals of the Arts and Humanities recipients were honored at the White House. The President told the recipients that their "accomplishments enrich our lives and reveal something about ourselves and our country."

This afternoon, the President and the First Lady honored the 2013 National Medals of the Arts and Humanities recipients at the White House. The President told the recipients that their "accomplishments enrich our lives and reveal something about ourselves and our country."

This year's recipients consisted of a diverse array of indidivuals and groups who have done groundbreaking work in the arts and humanities, including architecture, choreography, East Asian Studies, and documentary filmmaking – all of whom have made significant contributions to the human experience.

When we read a great book or experience a powerful documentary, we are often transformed – and these experiences can help us understand the world around us just a little bit better. The President illustrated what these experiences mean to those who witness the great work of this year's honorees.

"The moments you help create – moments of understanding or awe or joy or sorrow – they add texture to our lives," the President said. "They are not incidental to the American experience; they are central to it – they are essential to it. So we not only congratulate you this afternoon – we thank you for an extraordinary lifetime of achievement."

Before presenting the medals to the honorees, the President concluded with a story illustrating the effect that the arts and humanities have had on American history, dating back to a historic event that took place at the White House in 1862:

President Lincoln called together a meeting of his Cabinet to present them with the Emancipation Proclamation. But that was not the first item on his agenda. This is a little-known story. Instead, he began reading out loud from a story from the humorist Artemis Ward. It was a story called, "High-Handed Outrage at Utica." According to one often-repeated account, after he finished a chapter, Lincoln laughed and laughed. His cabinet did not. So Lincoln read them another chapter. And they still sat there in stony silence. Finally, he put the book down, and said, "Gentlemen, why don’t you laugh? You need this medicine as much as I do."

To be clear, I probably will not be trying this in my Cabinet meetings. Certainly not if I’m presenting something like the Emancipation Proclamation. But what Lincoln understood is that the arts and the humanities aren’t just there to be consumed and enjoyed whenever we have a free moment in our lives. We rely on them constantly. We need them. Like medicine, they help us live. 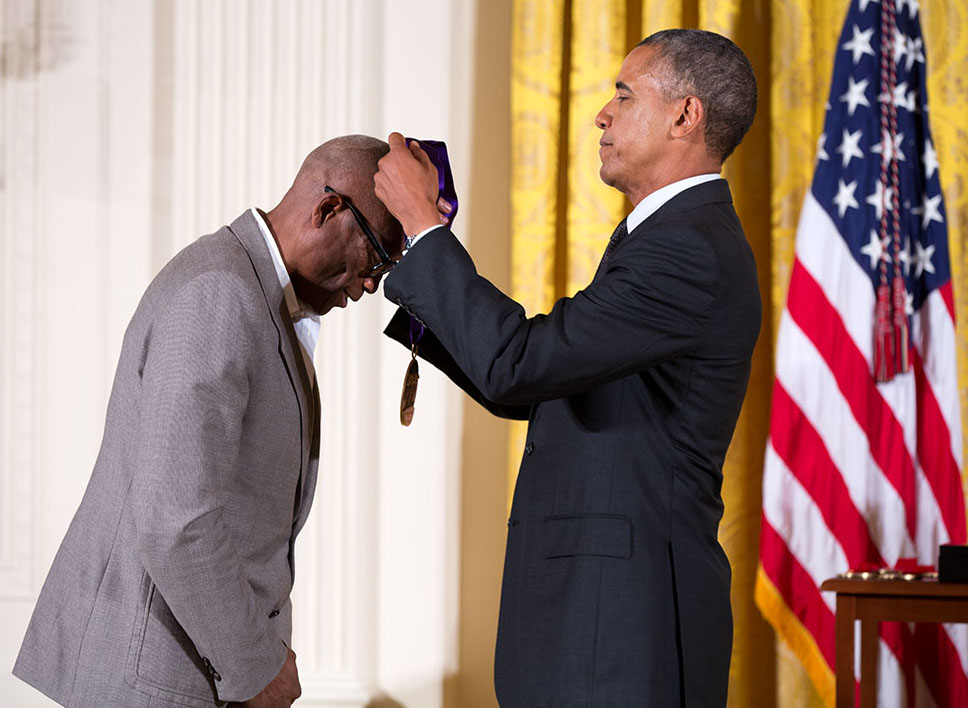 Here is the full list of recipients from this year's event: