On July 30, 1965, President Lyndon B. Johnson signed both Medicare and Medicaid into law. Over the past 49 years, Medicare has provided comprehensive coverage to millions of seniors and people with disabilities, while Medicaid has provided coverage for millions of the most vulnerable Americans: low-income parents, children, and those with disabilities. 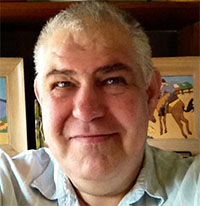 Because of the Affordable Care Act, states are expanding their Medicaid programs to cover more Americans, and today, Medicaid covers over 66 million Americans.

A few months ago, Bill began having difficulty breathing and noticed his legs and feet starting to swell. Because of his new coverage, Bill was able to make an appointment with his doctor and was subsequently diagnosed with congestive heart failure, high blood pressure, and high blood sugar. After a few scary days in the hospital, he is now home and working with his doctors to control his conditions with medication and diet. In a letter to the President, Bill wrote about the true meaning of his health coverage: “At least now I have a chance, all because of you.”

Like Mr. Sheshko, 34-year-old California native Anna Smith was given a chance, in her case after a traumatic accident. When she was 21 years old, Anna Smith fell out of a tree at a church picnic and fractured one of the vertebrae in her spine. She was instantly paralyzed, preventing her from walking or feeling her legs. Medical care suddenly became essential to her life. Because of her condition, she became one of over 3.7 million disabled Americans covered under both Medicare and Medicaid. 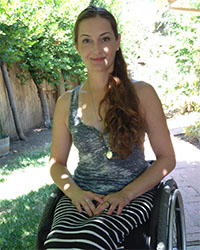 Over the past 13 years since her accident, Medicare and Medicaid have helped Anna adjust to her new life and made it possible for her to pursue a master’s degree in social work. Anna wrote to President Obama to express her gratitude for the federal government’s Medicaid and Medicare programs: “I have been able to receive quality medical care without having to decide whether to pay a prescription copay or my electric bill.”

No one should have to make the choice between their health and paying the bills. There are millions of hardworking Americans across the country like Bill and Anna who rely on Medicaid and Medicare to get the health coverage they deserve. As Bill wrote in his letter to the President, “I think people have the wrong idea of what Medicaid is. I was doing good, and then the economic downturn happened, and suddenly I wasn’t doing so good.”

Forty-nine years ago, our country made a promise to older, disabled, and low-income Americans that they would have the medical care they need to live happier and healthier lives. Today, because of Medicare and Medicaid, millions of Americans are provided the same chance that Bill and Anna had. Millions more would benefit if all states expanded Medicaid under the health care law.

In speaking for millions of Americans across the country, Bill wrote to President Obama, “If this happened only 10 months ago I might be dead, or losing the house in which I was born and inherited from my parents. You have changed America, Mr. President. You saved my life and I will be forever grateful.”

See photos from the signing of the Social Security Amendments in 1965, which established Medicare and Medicaid: