It was a busy day for the Acting Director, featuring speeches, roundtable discussions, and even a chance to show off his acting skills.

Speaking at a DFC Town Hall meeting, Acting Director Botticelli shared details of the Administration’s recently released 2014 National Drug Control Strategy. At one point he was joined at the lectern by DFC Administrator Helen Hernandez. Together, they applauded the work of the anti-drug coalitions, whose leaders voiced their appreciation for the Strategy and, particularly, its emphasis on preventing drug use before it begins. 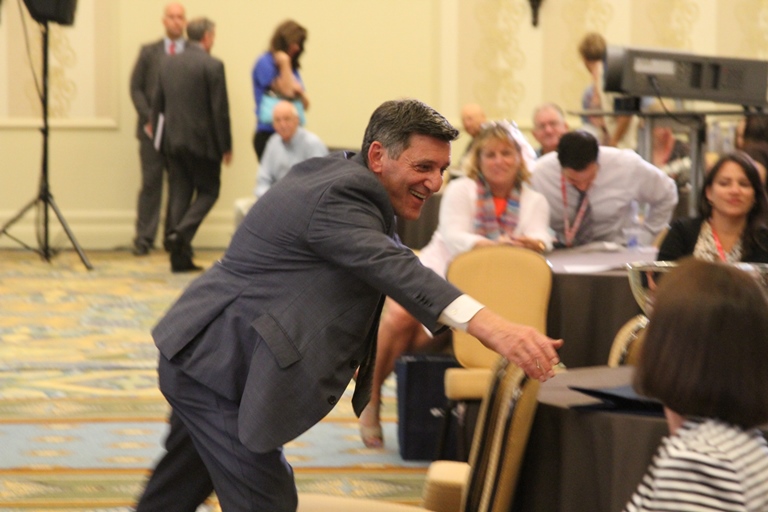 Acting Director Botticelli drew even greater applause with his announcement that ONDCP will increase funding for CADCA’s National Youth Leadership Initiative (NYLI), which equips young leaders with the knowledge and tools they need to get involved and bring about positive change in their communities. Specifically, ONDCP will provide additional funds to support the development of youth leaders representing special populations, such as LGBT youth, African-American and Hispanic youth, and youth from military families.

Earlier in the day, the Acting Director took part in several roundtable discussions with DFC coalitions, exploring such themes as how to address the issue of marijuana legalization and the importance of forging partnerships with ONDCP’s High Intensity Drug Trafficking Areas program. 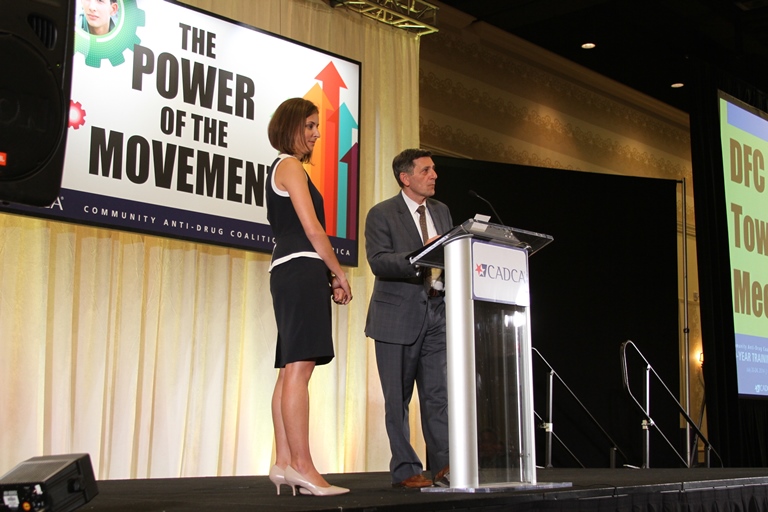 In what was certainly the liveliest event of the day, the Acting Director got to play the part of “Mayor Botticelli” in a mock Town Council meeting. His task, which he eagerly accepted, was to preside over a make-believe council of young people as it heard opposing arguments and then voted on a proposal to ban the use and sale of “medical” marijuana.

Throughout the day, Acting Director Botticelli met and spoke with local coalition leaders, who shared stories of their success in implementing local solutions to local issues. Grantees were impressed by the time and energy he put into the event and thrilled by the Administration’s show of support for the DFC program and anti-drug coalitions nationwide.

Helen Hernandez is grants administrator for the Drug-Free Communities program.