Remembering James Brady: "A Legend at the White House" 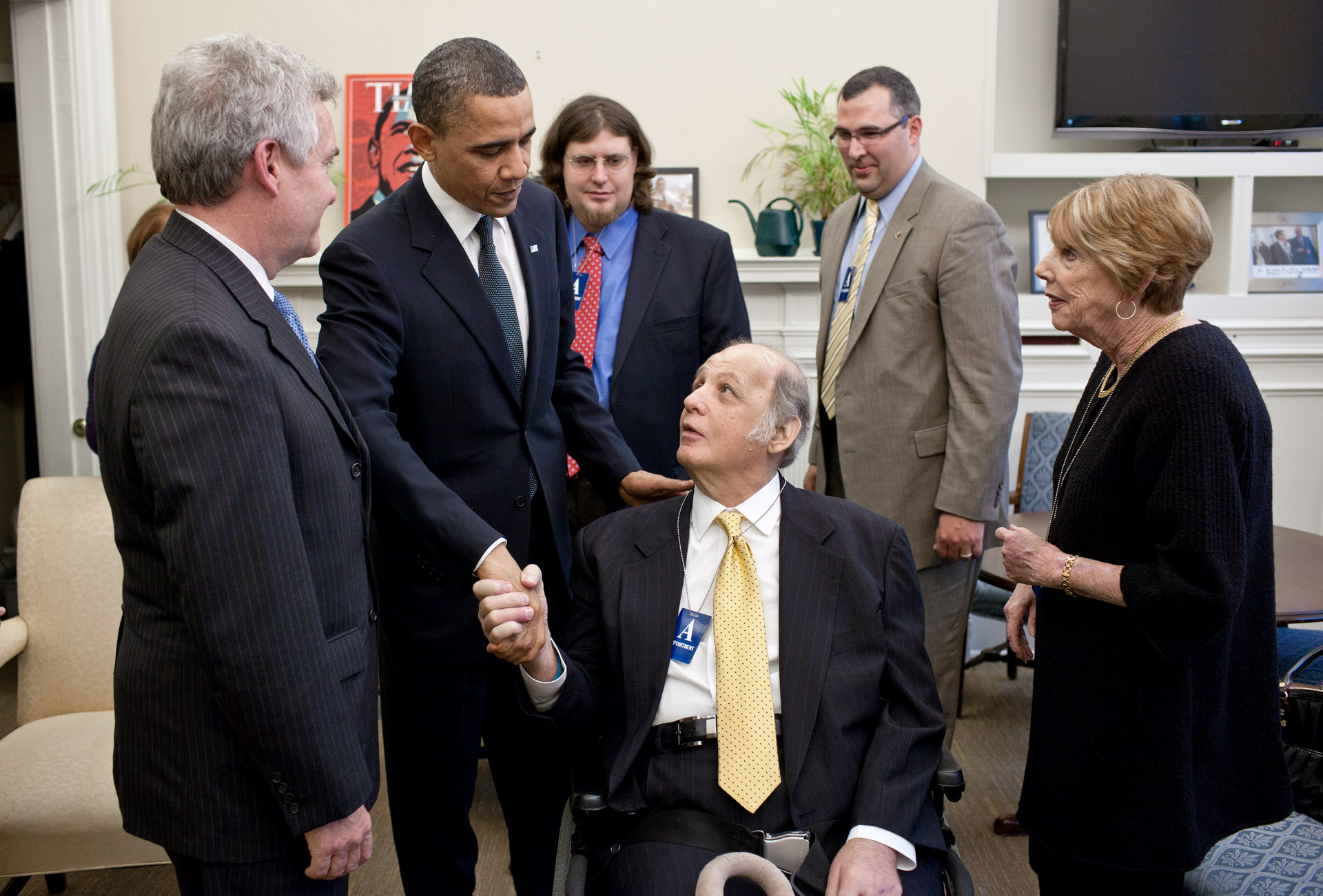 After being shot and almost killed in an assassination attempt on President Ronald Reagan in 1981, Brady recovered and became a symbol of the ongoing fight against gun violence. In a statement this afternoon, President Obama expressed his condolences to Brady's family, calling him a "legend at the White House."

Michelle and I send our deepest condolences to the family of former White House Press Secretary James Brady on his passing.  Jim is a legend at the White House for his warmth and professionalism as press secretary for President Reagan; for the strength he brought to bear in recovering from the shooting that nearly killed him 33 years ago; and for turning the events of that terrible afternoon into a remarkable legacy of service through the Brady Campaign to Prevent Gun Violence.  Since 1993, the law that bears Jim’s name has kept guns out of the hands of dangerous individuals.  An untold number of people are alive today who otherwise wouldn’t be, thanks to Jim.

Every day, reporters and White House staffers walk past a plaque marking the day in 2000 that the White House Briefing Room was renamed the James S. Brady Press Briefing Room.  It reads, “May his courage and dedication continue to inspire all who work in this room and beyond.”  Those words will endure, as will his legacy.  Our thoughts and prayers are with Jim’s wife Sarah, who has been Jim’s steadfast partner in advocacy, and their children Scott and Melissa.

The Vice President also released a statement, calling Brady a "dear friend and one of the country's finest public servants."

Jill and I are saddened to hear of the loss of James Brady, our dear friend and one of the country’s finest public servants.  Our friendship goes back to the days when Jim was the press secretary to my former colleague, Republican Senator Bill Roth of Delaware. Even then, I valued what Presidents of both parties and the American people would later come to value in Jim: his honesty, humor, decency, and absolute courage.

It’s been three decades since he nearly lost his life to an assassin’s bullet fired at President Reagan from a gun bought with no background check. But through his paralysis and daily physical struggle, Jim and his wife Sarah showed a dignity, grace, and fierce determination to turn tragedy into action.  Still healing himself, Jim would reach out to survivors of gun violence and other tragedies with a message of encouragement and hope on their own road to recovery. I was proud to have worked with Jim and Sarah in the 1980s and 1990s as they persevered privately to publicly lead the bipartisan consensus for commonsense efforts to keep guns out the hands of those who would use them to harm themselves or others. And I am grateful for their ongoing, rational, and heartfelt guidance as our nation continues to experience devastating gun violence tragedies, like the one at Newtown and in towns and cities across America.

Because of the Bradys' leadership and the gun violence prevention law named in Jim’s honor, sensible background checks to date have kept 2 million guns out of the wrong hands. Because of them, countless lives have been saved. And because of what became the cause of their lives, countless more can be saved—in our school and on our streets—if we carry forward the legacy of Jim Brady that turned personal tragedy into service to country and to each other.

Our deepest condolences to Sarah, son Scott and daughter Melissa, the entire Brady family, the dedicated staff at the Brady Campaign to Prevent Gun Violence, and all those who were fortunate to call him a friend, colleague, mentor, and role model.  He was a good man.

Update: Press Secretary Josh Earnest and a number of former Press Secretaries also released the following statement on the passing of James Brady:

Jim Brady defined the role of the modern White House Press Secretary. With his passing we lost a friend and mentor, and the country lost a selfless public servant who dedicated his life to service, even in the face of tragedy. Jim always did his job with the highest integrity. He had a true affection and respect for the press, relished a good sparring with the front row, and was an unfailing defender of the President and the value of a free press. Jim set the model and standard for the rest of us to follow. It's been a genuine honor for each of us to stand at the podium in the briefing room that will always bear his name. Our thoughts and prayers are with Jim’s wife Sarah and his children Scott and Melissa.