A big surprise awaited the more than 40 teens attending the Community Anti-Drug Coalitions of America’s (CADCA’s) Mid-Year Training Institute in Orlando, Florida, on July 23.  As they prepared for a training session – a Mock City Council Meeting – they were unaware that the “mayor” presiding over the meeting would be none other than Michael Botticelli, ONDCP’s Acting Director.

Their participation in the event, part of CADCA’s National Youth Leadership Initiative, gave the teens an opportunity to better understand the inner workings of local policymaking. It also helped them learn first-hand the value of speaking out and having their voices heard on important issues. In this instance, the topic for Council consideration was an ordinance to ban the sale of medical marijuana within the local jurisdiction. 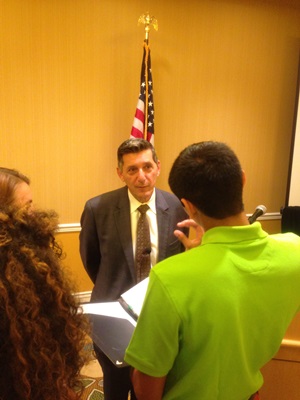 Participating youth represented organizations on both sides of the issue, including the local school system, health care organizations, and the cannabis industry association. Their peers served as City Council representatives and reporters from a local TV station who were summoned to cover the heated debate. 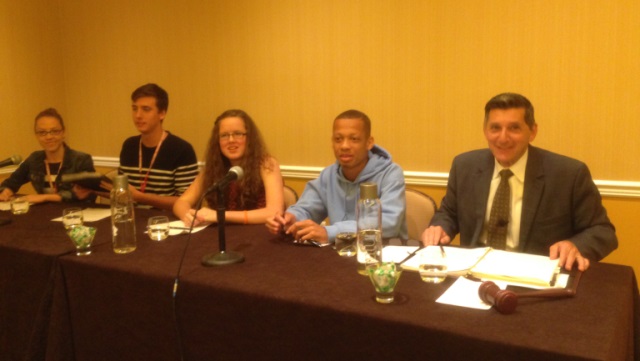 Throughout it all, “Mayor” Botticelli presided with a firm gavel and challenged the youth to support their points of view.  In the end, the Council agreed to support the medical marijuana ban, offering many of the facts and figures they learned at CADCA’s Institute. The teens were thrilled by Acting Director Botticelli’s commitment and participation. As for the Acting Director, interacting with the youth was a highlight of his trip to Orlando. “I was impressed by the knowledge, skill, and passion these young people brought to the event,” he said. “It’s clear to me why they are so valuable in the effort to prevent substance use in their communities.”

Helen Hernandez is grants administrator for the Drug-Free Communities program.