The President Gives an Update on Iraq and the Situation in Ferguson, Missouri 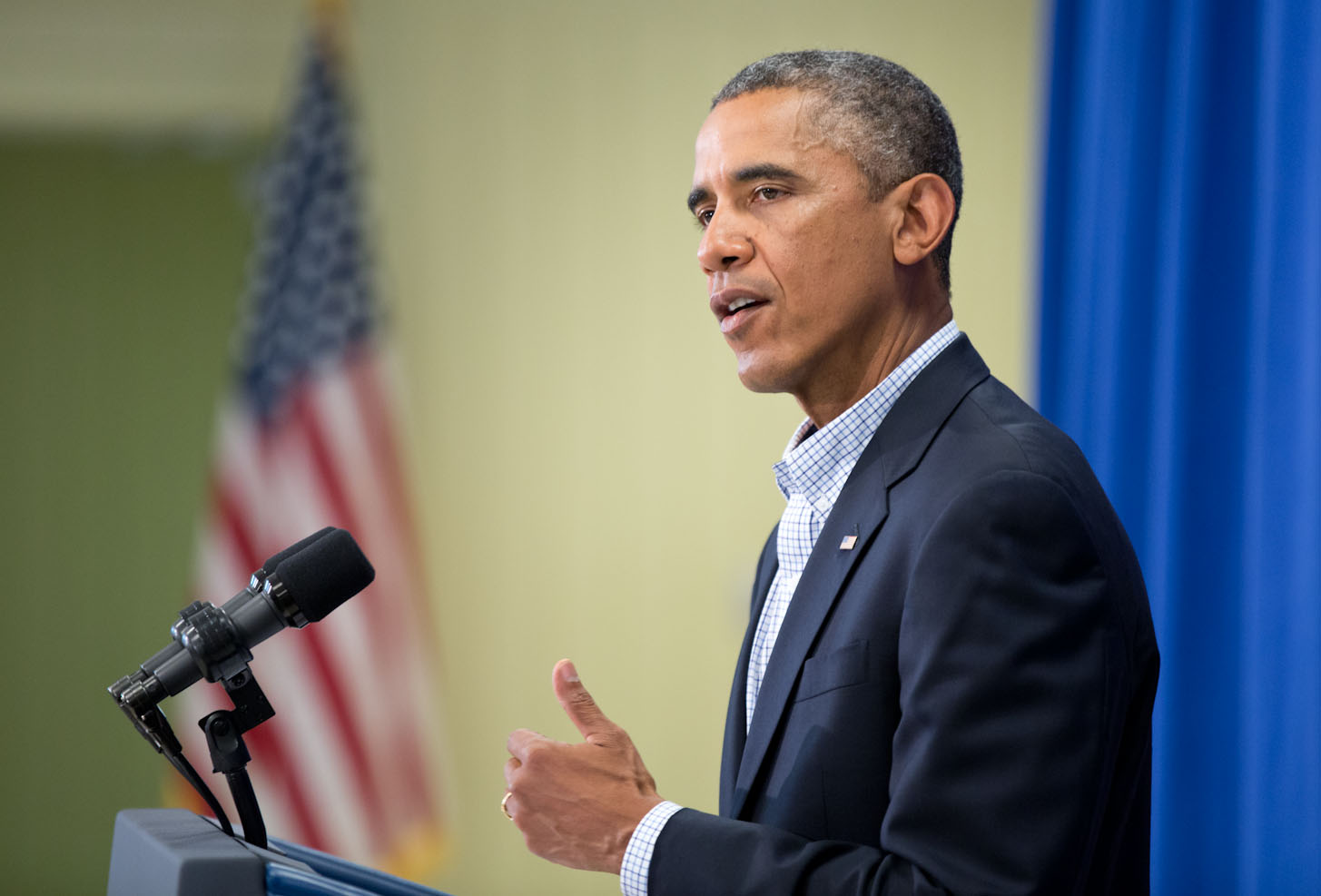 This afternoon, President Obama updated the nation on two issues that he's been monitoring closely over the past several days -- America's military operations in Iraq, and the situation in Ferguson, Missouri.

Speaking first on Iraq, the President noted the progress the U.S. has made in carrying out "targeted military operations" in the country:

Last week, I authorized two limited missions:  protecting our people and facilities inside of Iraq, and a humanitarian operation to help save thousands of Iraqi civilians stranded on a mountain.

A week ago, we assessed that many thousands of Yezidi men, women and children had abandoned their possessions to take refuge on Mount Sinjar in a desperate attempt to avoid slaughter.  We also knew that ISIL terrorists were killing and enslaving Yezidi civilians in their custody, and laying siege to the mountain. Without food or water, they faced a terrible choice -- starve on the mountain, or be slaughtered on the ground.  That’s when America came to help.

Over the last week, the U.S. military conducted humanitarian air drops every night –- delivering more than 114,000 meals and 35,000 gallons of fresh water.  We were joined in that effort by the United Kingdom, and other allies pledged support. Our military was able to successfully strike ISIL targets around the mountain, which improved conditions for civilians to evacuate the mountain safely.

Yesterday, a small team of Americans -– military and civilian -– completed their review of the conditions on the mountain.  They found that food and water have been reaching those in need, and that thousands of people have been evacuating safely each and every night.  The civilians who remain continue to leave, aided by Kurdish forces and Yezidis who are helping to facilitate the safe passage of their families.

"The bottom line," President Obama said, "is that the situation on the mountain has greatly improved and Americans should be very proud of our efforts."

Because of the skill and professionalism of our military –- and the generosity of our people –- we broke the ISIL siege of Mount Sinjar; we helped vulnerable people reach safety; and we helped save many innocent lives.  Because of these efforts, we do not expect there to be an additional operation to evacuate people off the mountain, and it’s unlikely that we’re going to need to continue humanitarian air drops on the mountain.  The majority of the military personnel who conducted the assessment will be leaving Iraq in the coming days.  And I just want to say that as Commander-in-Chief, I could not be prouder of the men and women of our military who carried out this humanitarian operation almost flawlessly.  I’m very grateful to them and I know that those who were trapped on that mountain are extraordinarily grateful as well.

The President also noted, however, that the situation is still dire for Iraqis that are "subjected to ISIL's terror throughout the country," including minorities like Yezidis and Iraqi Christians, as well as Sunnis, Shia, and Kurds.

We’re going to be working with our international partners to provide humanitarian assistance to those who are suffering in northern Iraq wherever we have capabilities and we can carry out effective missions like the one we carried out on Mount Sinjar without committing combat troops on the ground.

We obviously feel a great urge to provide some humanitarian relief to the situation and I’ve been very encouraged by the interest of our international partners in helping on these kinds of efforts as well.  We will continue air strikes to protect our people and facilities in Iraq.  We have increased the delivery of military assistance to Iraqi and Kurdish forces fighting ISIL on the front lines.

And, perhaps most importantly, we are urging Iraqis to come together to turn the tide against ISIL –- above all, by seizing the enormous opportunity of forming a new, inclusive government under the leadership of Prime Minister-designate Abadi.  I had a chance to speak to Prime Minister-designate Abadi a few days ago, and he spoke about the need for the kind of inclusive government -- a government that speaks to all the people of Iraq -- that is needed right now.  He still has a challenging task in putting a government together, but we are modestly hopeful that the Iraqi government situation is moving in the right direction.

Turning to the situation in Ferguson, the President acknowledged that many Americans this week have been "deeply disturbed" by the images of police clashing with protestors -- adding that we should all "take a step back, and think about how we're going to move forward."

This morning, I received a thorough update on the situation from Attorney General Eric Holder, who has been following it and been in communication with his team.  I’ve already tasked the Department of Justice and the FBI to independently investigate the death of Michael Brown, along with local officials on the ground.

The Department of Justice is also consulting with local authorities about ways that they can maintain public safety without restricting the right of peaceful protest and while avoiding unnecessary escalation.  I made clear to the Attorney General that we should do what is necessary to help determine exactly what happened, and to see that justice is done.

I also just spoke with Governor Jay Nixon of Missouri.  I expressed my concern over the violent turn that events have taken on the ground, and underscored that now is the time for all of us to reflect on what’s happened, and to find a way to come together going forward.  He is going to be traveling to Ferguson.  He is a good man and a fine governor, and I’m confident that, working together, he is going to be able to communicate his desire to make sure that justice is done and his desire to make sure that public safety is maintained in an appropriate way.

Of course, it’s important to remember how this started.  We lost a young man, Michael Brown, in heartbreaking and tragic circumstances.  He was 18 years old.  His family will never hold Michael in their arms again.  And when something like this happens, the local authorities –- including the police -– have a responsibility to be open and transparent about how they are investigating that death, and how they are protecting the people in their communities. 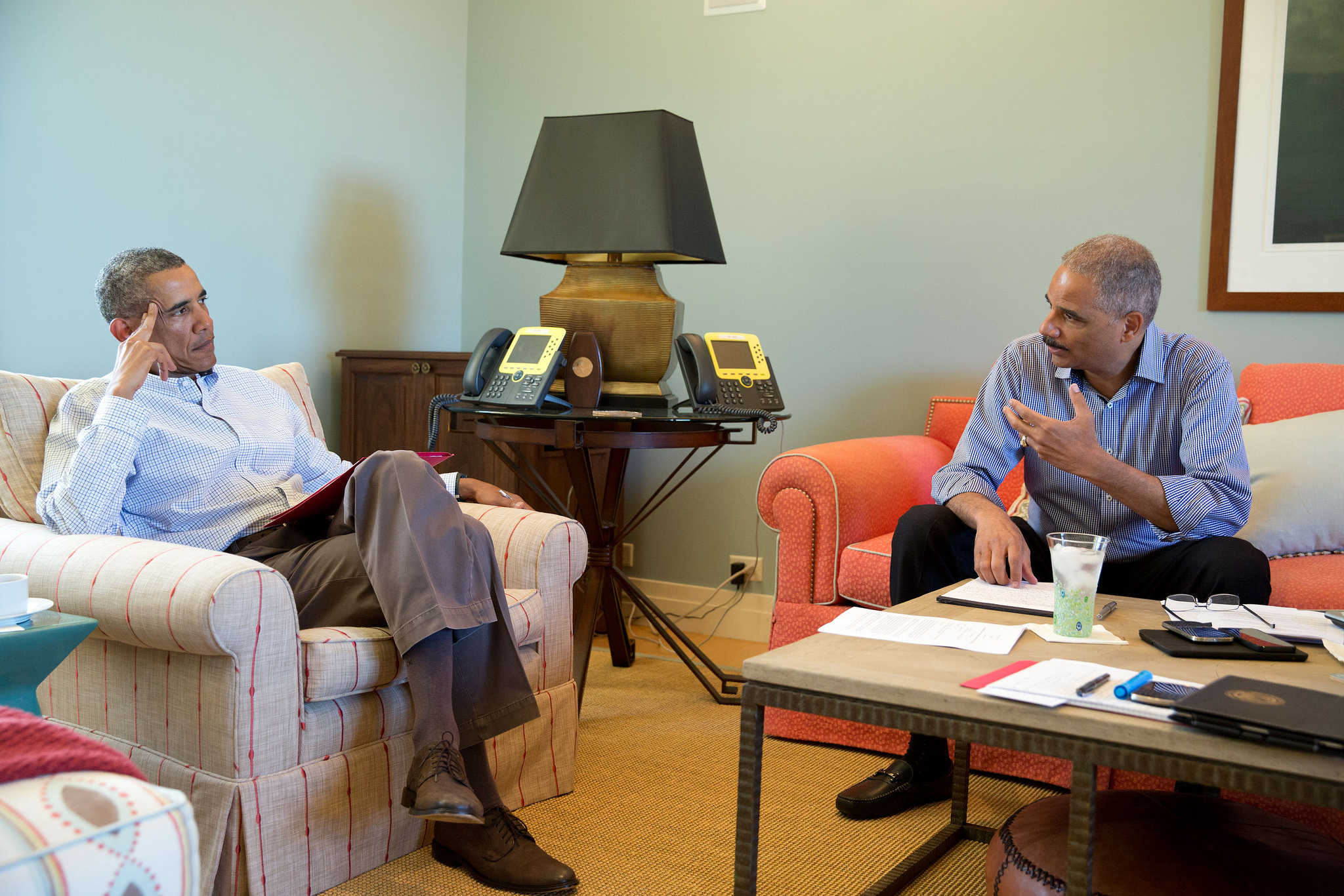 "There is never an excuse for violence against police, or for those who would use this tragedy as a cover for vandalism or looting," the President said. He added, however, that "there’s also no excuse for police to use excessive force against peaceful protests, or to throw protestors in jail for lawfully exercising their First Amendment rights."

Here, in the United States of America, police should not be bullying or arresting journalists who are just trying to do their jobs and report to the American people on what they see on the ground.  Put simply, we all need to hold ourselves to a high standard, particularly those of us in positions of authority.

"I know that emotions are raw right now in Ferguson," he said, "and there are certainly passionate differences about what has happened." He added that even though there will be differences in both the accounts of how this event occurred, as well as what needs to happen going forward, we should still "remember that we're all part of one American family."

We are united in common values, and that includes belief in equality under the law; a basic respect for public order and the right to peaceful public protest; a reverence for the dignity of every single man, woman and child among us; and the need for accountability when it comes to our government.

The President has directed the Attorney General and the U.S. Attorney on the scene in Ferguson to continue working with local officials to "move that process forward." They will be reporting back to the President over the next few days about what’s being done to make sure that happens.

Read the President's full statement here, or watch the full video below:

Attorney General Eric Holder also released a statement on his meeting with the President today:

At a time when we must seek to rebuild trust between law enforcement and the local community, I am deeply concerned that the deployment of military equipment and vehicles sends a conflicting message. At my direction, Department officials have conveyed these concerns to local authorities. Also at my direction, the Department is offering – through our COPS office and Office of Justice Programs – technical assistance to local authorities in order to help conduct crowd control and maintain public safety without relying on unnecessarily extreme displays of force. The local authorities in Missouri have accepted this offer of assistance as of this afternoon.

Department officials from the Community Relations Service are also on the ground in Missouri to help convene law enforcement officials and civic and faith leaders to plot out steps to reduce tensions in the community. The latest such meeting was convened in Ferguson as recently as this morning. Over time, these conversations should consider the role that increased diversity in law enforcement can play in helping to build trust within communities

All the while, the federal civil rights investigation into the shooting incident itself continues, in parallel with the local investigation into state law violations. Our investigators from the Civil Rights Division and U.S. attorney’s office in Missouri have already conducted interviews with eyewitnesses on the scene at the time of the shooting incident on Saturday. Our review will take time to conduct, but it will be thorough and fair.