August 20, 2014 at 2:16 PM ET by David Hudson
Twitter Facebook Email
Summary:
The President makes a statement on the killing of journalist James Foley by the terrorist group ISIL.

This afternoon, the President made a statement on the killing of journalist James Foley by the terrorist group ISIL. He was 40 years old.

"The entire world is appalled by the brutal murder of Jim Foley," President Obama said. "Jim was a journalist, a son, a brother, and a friend. He reported from difficult and dangerous places, bearing witness to the lives of people a world away."

Foley was taken hostage in Syria almost two years ago while reporting on the conflict there. The President made clear in today's statement that Foley's life "stands in stark contrast to his killers":

[ISIL has] rampaged across cities and villages -- killing innocent, unarmed civilians in cowardly acts of violence.  They abduct women and children, and subject them to torture and rape and slavery.  They have murdered Muslims -- both Sunni and Shia -- by the thousands.  They target Christians and religious minorities, driving them from their homes, murdering them when they can for no other reason than they practice a different religion.  They declared their ambition to commit genocide against an ancient people.

So ISIL speaks for no religion.  Their victims are overwhelmingly Muslim, and no faith teaches people to massacre innocents.  No just God would stand for what they did yesterday, and for what they do every single day.  ISIL has no ideology of any value to human beings.  Their ideology is bankrupt.  They may claim out of expediency that they are at war with the United States or the West, but the fact is they terrorize their neighbors and offer them nothing but an endless slavery to their empty vision, and the collapse of any definition of civilized behavior.

"People like this ultimately fail," the President said. "They fail, because the future is won by those who build and not destroy and the world is shaped by people like Jim Foley, and the overwhelming majority of humanity who are appalled by those who killed him." 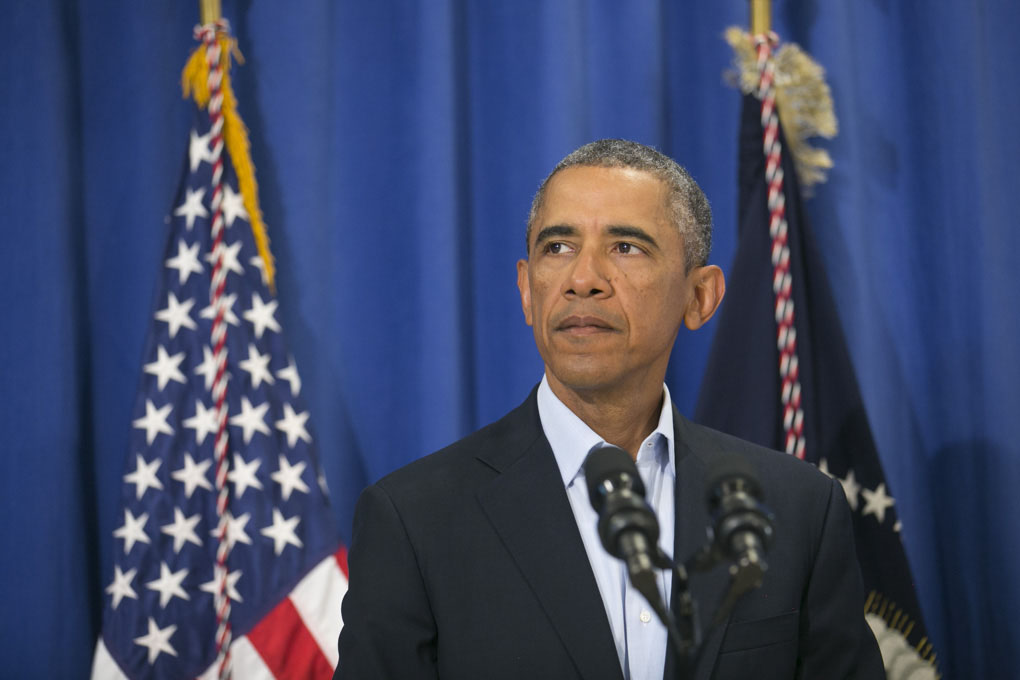 The President also reiterated that the U.S. will continue to do whatever is necessary to protect the American people.

"We will be vigilant and we will be relentless," he said. "When people harm Americans, anywhere, we do what’s necessary to see that justice is done.  And we act against ISIL, standing alongside others."

The people of Iraq, who with our support are taking the fight to ISIL, must continue coming together to expel these terrorists from their communities.  The people of Syria, whose story Jim Foley told, do not deserve to live under the shadow of a tyrant or terrorists.  They have our support in their pursuit of a future rooted in dignity.

From governments and peoples across the Middle East there has to be a common effort to extract this cancer, so that it does not spread.  There has to be a clear rejection of these kind of nihilistic ideologies.  One thing we can all agree on is that a group like ISIL has no place in the 21st century.

Friends and allies around the world, we share a common security and a common set of values that are rooted in the opposite of what we saw yesterday.  And we will continue to confront this hateful terrorism, and replace it with a sense of hope and civility.

"That’s what Jim Foley stood for," President Obama said. "A man who lived his work; who courageously told the stories of his fellow human beings; who was liked and loved by friends and family."

Today, the American people will all say a prayer for those who loved Jim.  All of us feel the ache of his absence.  All of us mourn his loss.  We keep in our prayers those other Americans who are separated from their families.  We will do everything that we can to protect our people and the timeless values that we stand for.