August 26, 2014 at 6:44 PM ET by Koby Langley, Steve Parker
Twitter Facebook Email
Summary:
President Obama traveled to Charlotte, North Carolina today to address the American Legion, the nation’s largest veteran service organization, and pay tribute to the service and sacrifice of our veterans from every corner of the country and every generation. 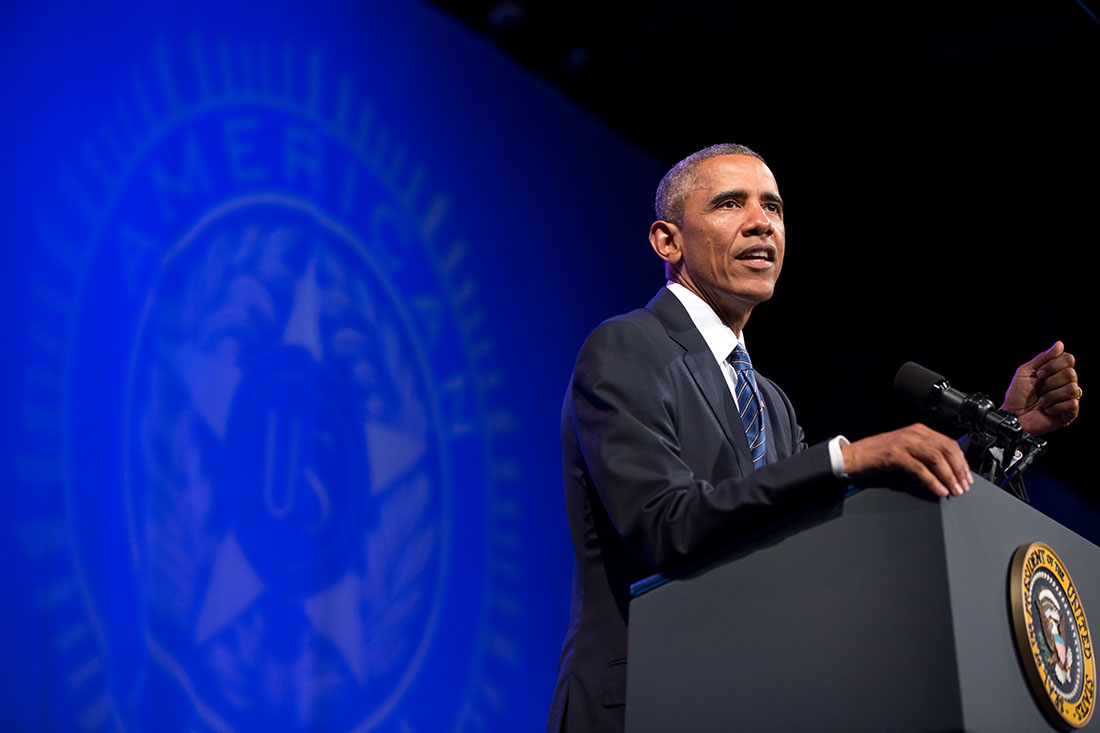 President Obama traveled to Charlotte, NC today to address the American Legion, the nation’s largest veteran service organization, and pay tribute to the service and sacrifice of our veterans from every corner of the country and every generation:

In the story of your service we see the spirit of America.  When your country needed you most, you stepped forward.  You raised your right hand, you swore a solemn oath.  You put on that uniform and earned the title you carry to this day -- whether Soldier, Sailor, Airman, Marine, Coast Guardsman.

Among you are proud veterans of World War II; of Korea; of Vietnam; of Desert Storm and the Balkans; and our newest veterans -- from Iraq and Afghanistan.  Across the generations, you served with honor.  You made us proud.  And you carry the memory of friends who never came home -- our fallen, our prisoners of war, those missing in action -- heroes that our nation can never forget.

To honor that sacrifice, America must always use our military strength wisely -- a fact that our veterans uniquely understand. As the President said:

You’re the ones who bear the wages of war.  You’re the ones who carry the scars.  You know that we should never send America's sons and daughters into harm's way unless it is absolutely necessary and we have a plan, and we are resourcing it and prepared to see it through. You know the United States has to lead with strength and confidence and wisdom.

And that's why, after incredible sacrifice by so many of our men and women in uniform, we removed more than 140,000 troops from Iraq and welcomed those troops home.  It was the right thing to do.  It's why we refocused our efforts in Afghanistan and went after al Qaeda's leadership in the tribal regions in Afghanistan and Pakistan, driving the Taliban out of its strongholds, and training Afghan forces, which are now in the lead for their own security.  In just four months, we will complete our combat mission in Afghanistan and America's longest war will come to a responsible end.

As we prepare for that end, the President noted how his Administration has been working with the Legion to fulfill our "moral obligation" to today’s generation of service members when they come home:

The bond between our forces and our citizens has to be a sacred trust, and that for me, for my administration, upholding our trust with our veterans is not just a matter of policy, it is a moral obligation.

And working together, we have made real progress.  Think about it.  Working with the Legion and other veterans service organizations, we’ve been able to accomplish historic increases to veterans funding.  We’ve protected veterans health care from Washington politics with advanced appropriations.  We’ve been able to make VA benefits available to more than 2 million veterans who didn't have them before, including more Vietnam vets who were exposed to Agent Orange. We’ve dedicated major new resources for mental health care.  We’ve helped more than 1 million veterans and their families pursue their education under the Post-9/11 GI Bill.

"The bond between our forces and our citizens has to be a sacred trust, and that for me, for my administration, upholding our trust with our veterans is not just a matter of policy, it is a moral obligation."

The President remains “clear-eyed” about the “outrageous and inexcusable” misconduct at the VA -- "long wait times, veterans denied care, folks cooking the books."  Working directly with Bob McDonnell, a veteran and the new Secretary of Veterans Affairs, the President pledged to right these wrongs:

Already we're making sure that those responsible for manipulating or falsifying records are held accountable.  We're reaching out to veterans -- more than a quarter million so far -- to get them off wait lists and into clinics.  We're moving ahead with reforms at the Veterans Health Administration.  And to help get that done, you supported, and Congress passed, and I signed into law the Veterans Access, Choice and Accountability Act, which means more resources to help the VA hire more doctors and nurses and staff.  It means if you live more than 40 miles from a VA facility, or your VA doctors can't see you fast enough, we'll help you go to a doctor outside the VA.

And we're instituting a new culture of accountability.  Bob doesn't play.  Bob likes to recall a cadet prayer from West Point, which should be the ethos of all of us:  "Choose the harder right instead of the easier wrong."  And with the new legislation that I signed into law, Bob and the VA now have the authority to more quickly remove senior executives who don't meet our high standards.  If you engage in unethical practices, or cover up a serious problem, you should be and will be fired.

President Obama outlined the five major priorities he is focusing on to fulfill our sacred obligation to veterans and military families:

It will take more than one president, one veterans organization, one business, or one community to meet our sacred obligation to our nation’s service members, military families, and veterans. It is the responsibility of every American: