Long-Term Unemployment Is Falling, but Still Work to Do

The recent labor market data have been encouraging. Businesses have now added nearly 10 million jobs over 53 straight months of job growth, the longest streak on record. Total job gains have exceeded 200,000 in each of the last six months, the first time that has happened since 1997. And the unemployment rate has fallen rapidly since mid-2013 to reach 6.2 percent in July, 1.1 percentage point less than a year ago. 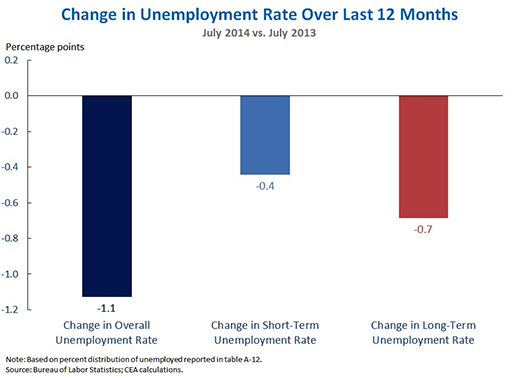 The Administration has also taken steps to help more of the long-term unemployed get back to work. Earlier this year, the President unveiled a set of “best practices” being taken by leading employers — including over 80 members of the Fortune 500 and over 20 members of the Fortune 50 — around recruiting and hiring the long-term unemployed, to remove some of the barriers that make it harder for them to navigate the hiring process.

As follow-up, Deloitte Consulting and the Rockefeller Foundation are working together to create an employer playbook that will help companies implement these best practices — building on progress that companies like Aetna, Metlife, and Frontier Communications have made to improve their recruiting of the long-term unemployed. The Department of Labor will soon be awarding $150 million in “Ready to Work Partnership” grants to support the best models for partnerships between employers, non-profits, and the job training system to help train and connect the long-term unemployed to work. 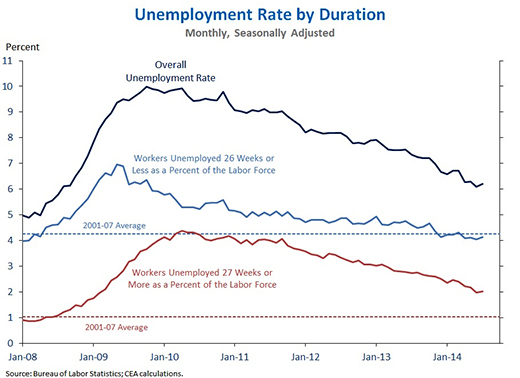