September 10, 2014 at 10:26 AM ET by Cecilia Munoz, Wendy Spencer
Twitter Facebook Email
Summary:
AmeriCorps will mark its 20th anniversary with a nationwide simultaneous pledge ceremony. More than 80 events will take place in all 50 states and territories, kicking off a year of service for some 75,000 AmeriCorps members serving coast to coast. 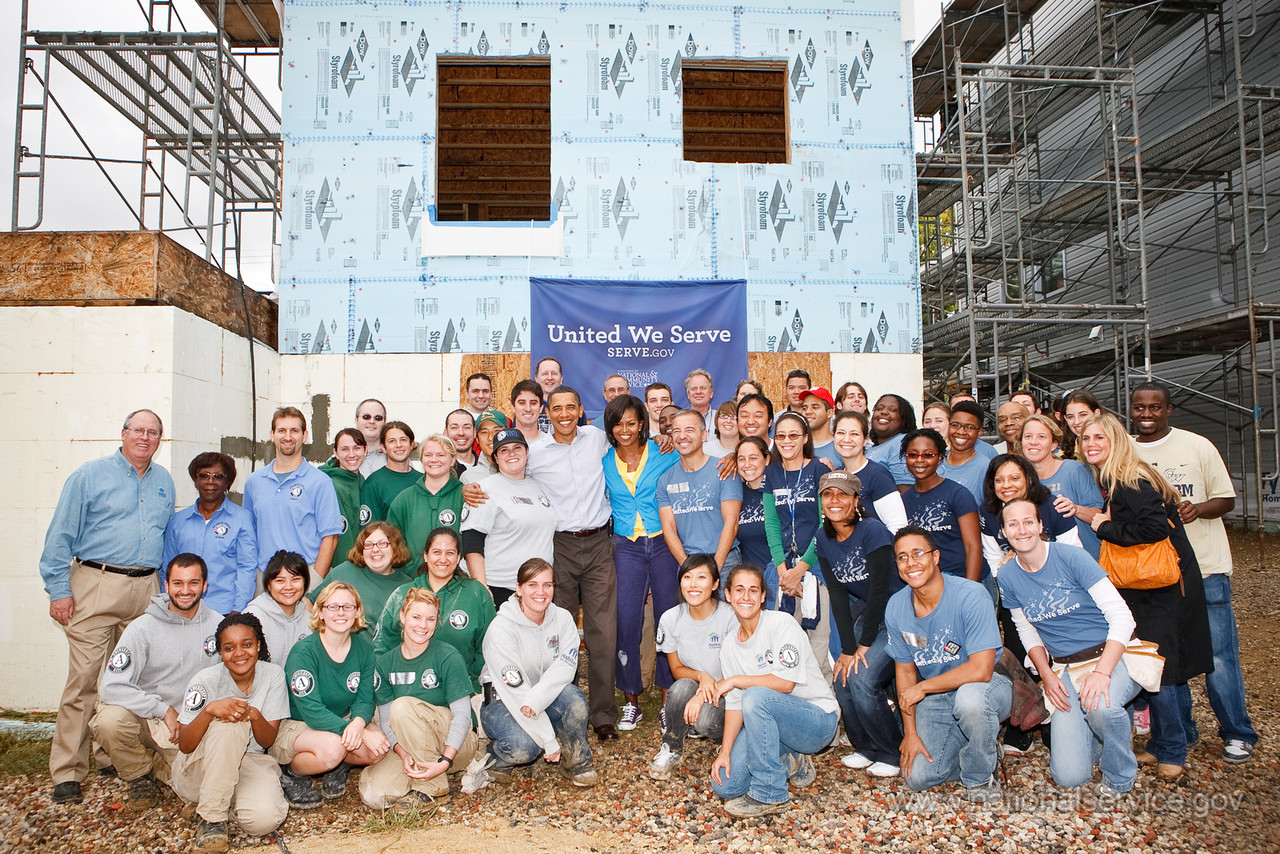 On September 11, 2009, President Obama and First Lady Michelle Obama joined AmeriCorps members and volunteers in painting a Habitat for Humanity home in Washington, D.C., joining Americans across the country who marked the eighth anniversary of the 9/11 attacks by participating in service and remembrance activities. September 11, 2009. (by Ralph Alswang)

Twenty years ago, our nation started a new chapter in our proud tradition of citizen service. AmeriCorps represented a new way of getting things done: passionate citizens making an intense commitment to solve problems and improve the lives of others while expanding opportunity for themselves.

Since then, more than 900,000 men and women have taken the AmeriCorps pledge, improving the lives of millions of Americans and strengthening the ties that bind us together as a nation. AmeriCorps members are symbols of hope and optimism wherever they serve, and represent the best qualities of our nation and its people.

On Friday, AmeriCorps will mark its 20th anniversary with a nationwide simultaneous pledge ceremony. More than 80 events will take place in all 50 states and territories, kicking off a year of service for some 75,000 AmeriCorps members serving coast to coast.

President Obama will lead this nationwide event by hosting both active and alumni AmeriCorps members at the White House. Throughout his term, the President has worked to expand AmeriCorps and strengthen national service. He created the Task Force on Expanding National Service and by has pioneered innovative partnerships including FEMA Corps, School Turnaround AmeriCorps, and justice AmeriCorps.

Three former presidents will also commemorate the anniversary. President Clinton will join President Obama at the White House, President George H.W. Bush will host a pledge ceremony at his home in Kennebunkport, and President George W. Bush and Laura Bush filmed a video that will be shown at ceremonies around the country.

On Friday, thousands of citizens across the country will raise their right hand and pledge to "Get Things Done for America" as members of the newest AmeriCorps class. In doing so, they are writing a new chapter in the American story of service, a story that defines us as a nation.