"We Will Only Grow Stronger": President Obama Commemorates the 13th Anniversary of the 9/11 Attacks

September 11, 2014 at 11:21 AM ET by Tanya Somanader
Twitter Facebook Email
Summary:
President Obama, First Lady Michelle Obama, and Vice President Joe Biden pay tribute to the memory of all those who lost their lives on September 11, 2001. 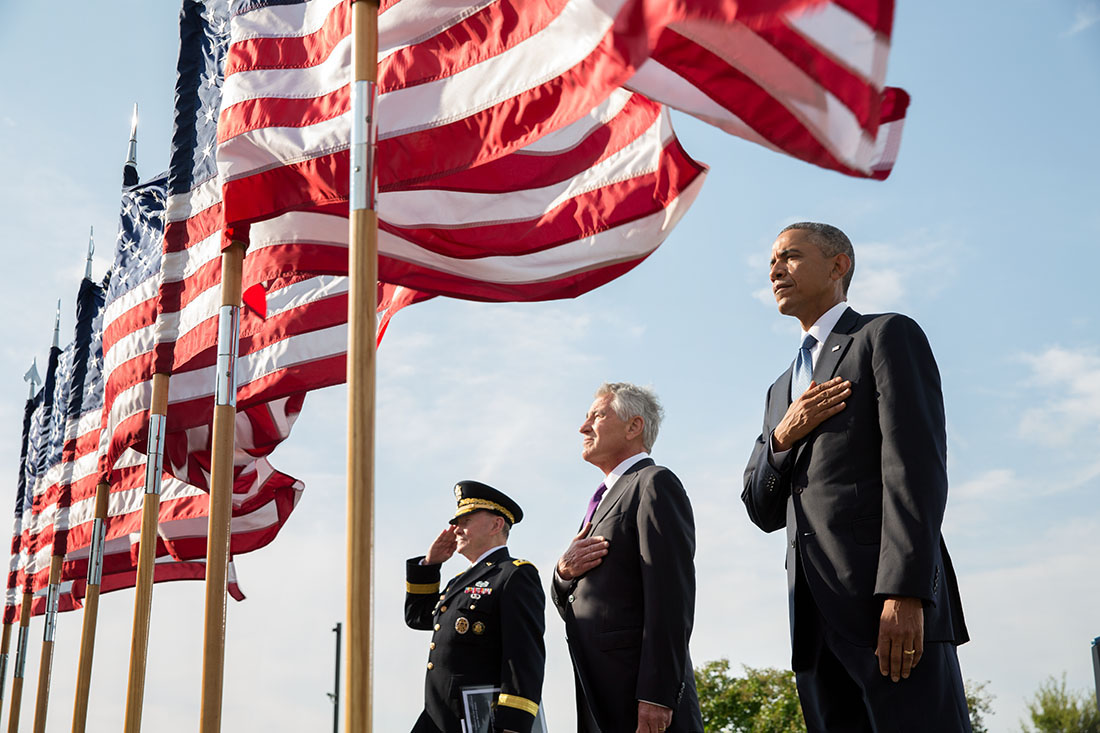 Thirteen years ago today, our nation was irrevocably changed by horrific acts of terror that took the lives of thousands of innocent people. Across the country, Americans pay tribute to their memories and honor all those who have made great sacrifices in service to our country.

The President and First Lady then joined Defense Secretary Hagel, servicemen and women, survivors, and the families of victims at the 9/11 memorial at the Pentagon, where the President spoke to all who had lost loved ones that day and who have inspired a nation with their determination to carry on and live lives worthy of their memories:

As Americans, we draw strength from you. For your love is the ultimate rebuke to the hatred of those who attacked us that bright, blue morning. They sought to do more than bring down buildings or murder our people. They sought to break our spirit and to prove to the world that their power to destroy was greater than our power to persevere and to build. But you, and America, proved them wrong.

America endures in the strength of your families who, through your anguish, kept living. You have kept alive a love that no act of terror can ever extinguish. You, their sons and daughters, are growing into extraordinary young men and women they knew you could be. By your shining example, your families have turned this day into something that those who attacked us could never abide, and that is a tribute of hope over fear, and love over hate.

The President paid tribute to America's first responders and service members who have served and sacrificed on behalf of their fellow countrymen and women:

America endures in the dedication of those who keep us safe. The firefighter, the officer, the EMT who carries the memory of a fallen partner as they report to work each and every day, prepared to make the same sacrifice for us all.  Because of these men and women, Americans now work in a gleaming Freedom Tower. We visit our great cities, we fill our stadiums and cheer for our teams. We carry on, because, as Americans, we do not give in to fear -- ever.

America endures in the courage of the men and women who serve under our flag. Over more than a decade of war, this 9/11 Generation has answered our country’s call, and three months from now, our combat mission in Afghanistan will come to an end. Today, we honor all who have made the ultimate sacrifice these 13 years, more than 6,800 American patriots.  And we give thanks to those who serve in harm’s way to keep our country safe and meet the threats of our time.

Reflecting on the 13 years that have passed since that day, President Obama noted that our nation's ability to endure shall serve as our strength for generations to come:

Thirteen years after small and hateful minds conspired to break us, America stands tall and America stands proud. And guided by the values that sustain us, we will only grow stronger. Generations from now, Americans will still fill our parks, our stadiums, our cities. Generations from now, Americans will still build towers that reach toward the heavens; still serve in embassies that stand for freedom around the world; still wear the uniform and give meaning to those words written two centuries ago: Land of the free. Home of the Brave. Generations from now, no matter the trial, no matter the challenge, America will always be America. 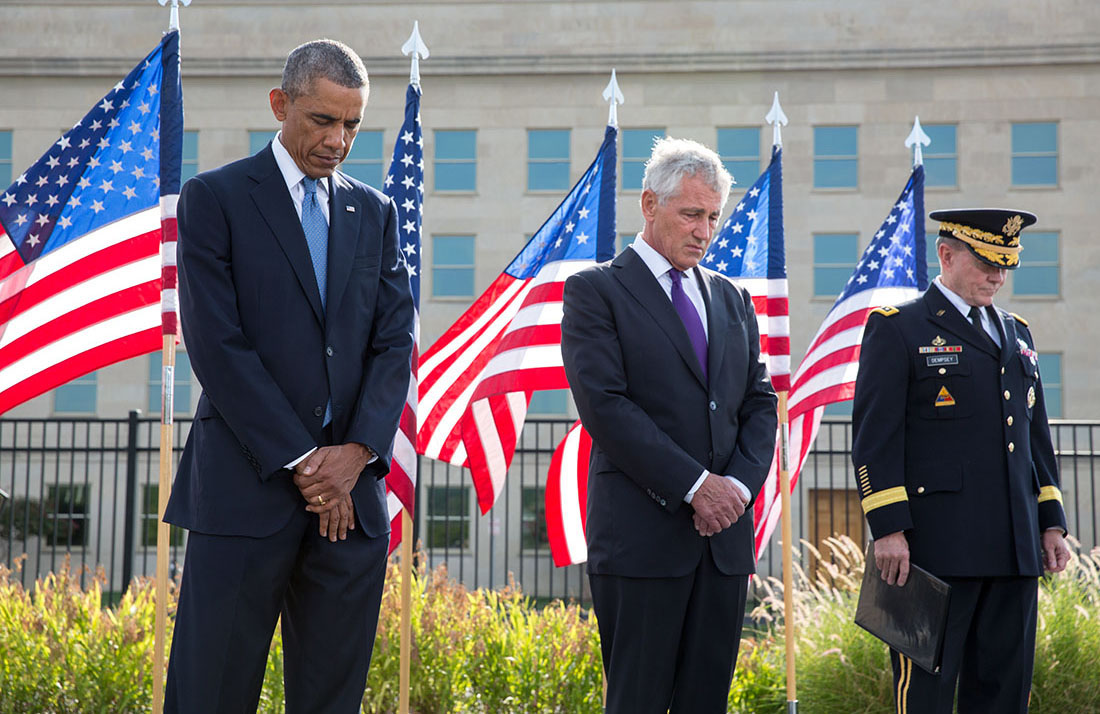