This morning at the White House, President Obama joined former President Bill Clinton in celebrating the 20th anniversary of AmeriCorps, and welcoming some of the national service program's newest members.

Across the country today, thousands of people took the pledge to be AmeriCorps members. Since AmeriCorps' inception in 1994, 900,000 Americans have served in the program and have committed 1.2 billion hours of service.

In his remarks, President Obama noted how today's event echoed "back to that day in 1994, when President Clinton swore in that first class of AmeriCorps members right here at the White House."

Some of the people who are here were in that class -- and if you were, you might remember him saying that you were starting a journey that would change your lives forever; that AmeriCorps would change the life of the nation; that it would give new life to the values that bind us together as Americans.

And that was a bold claim.  But Bill Clinton is an optimist.  And he knew from his own life, as I know from mine, what service can do:  the sense of common purpose that it cultivates; the opportunity to join our fellow Americans to work together for something other than just ourselves -- for something bigger, for the common good. 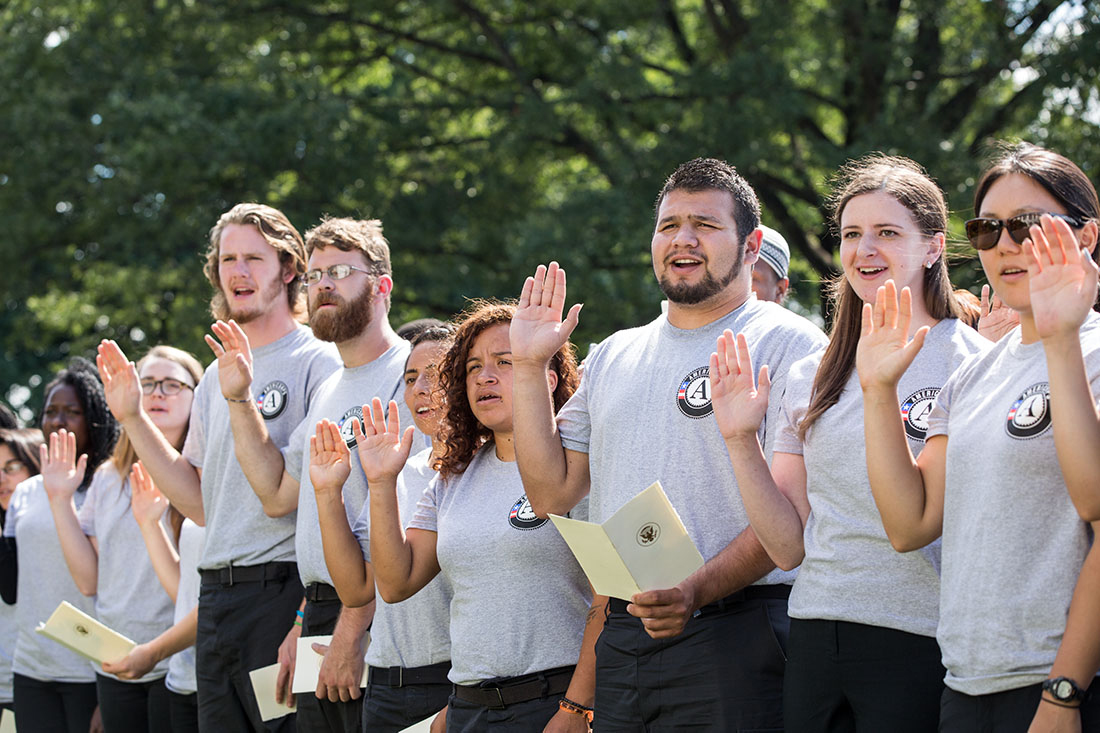 Volunteers take the AmeriCorps pledge during an event to honor the 20th anniversary of the AmeriCorps national service program, on the South Lawn of the White House, Sept. 12, 2014. (Official White House Photo by Pete Souza)

After sharing some of the stories of people who have made a difference through AmeriCorps over the years, the President explained how service gave purpose to his own life:

For those of you who know my story starting off as a community organizer, I would not be standing here if it were not for service to others, and the purpose that service gave my own life.  I moved to Chicago to become a community organizer in part -- in parts of that town where steel plants had closed down and hope had dried up.  And I wasn’t sure what I was doing.  I wasn’t sure that I’d be successful.  I was working with a group of churches out there and we didn’t have a lot of funding.  I think my starting salary was $13,000 a year, and gas expenses.

But what I found was that with patience and dedicated effort, I could make a difference.  It wasn’t always 100 percent of what I wanted; sometimes it was just 20 percent, sometimes it was just 50 percent.  But it turned out that you could nudge history forward.  You could shape it.  You could see the lives of people that you cared about improving because of the blood and sweat and tears you were putting into it.

And then I found a community for myself, and I began to understand what citizenship meant -- not just some abstraction, not just words on a page, not just rights and privileges, but duties and responsibilities.  And it gave me a sense of direction about how I wanted to live my life.

President Obama went on to express how inspired he was by the young people in attendance -- and his excitement about the things they will do going forward:

When I look out, I can’t describe how inspired I am, because in each of you I see unfurling all the incredible, wonderful things that you’re going to be doing in your lives.

Twenty years after President Clinton signed and swore in that first AmeriCorps class, more than 900,000 Americans have learned the same lesson that I learned by serving through AmeriCorps.  And they come from all walks of life -- small towns, big cities, all backgrounds, all age groups.  They’ve done everything from deliver emergency relief in the aftermath of disasters, to staffing health clinics in underserved communities, to helping veterans find jobs.  They’ve touched millions of lives.  They’ve helped America become stronger, and more resilient and more united.

"AmeriCorps has changed the life of our nation. And now it's up to us to make sure it continues." 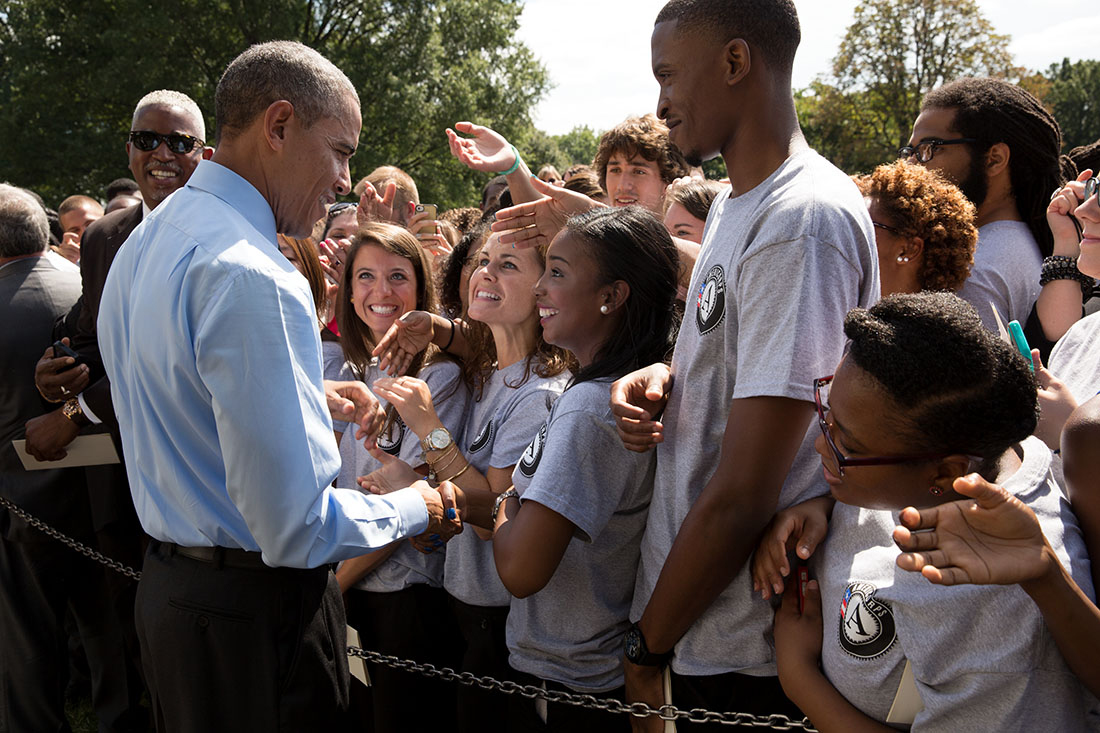