Biofuels and Our Clean Energy Future

September 19, 2014 at 1:44 PM ET by Kate Brandt
Twitter Facebook Email
Summary:
The Departments of the Navy, Agriculture, and Energy announce new contracts to accelerate the development of cost-competitive advanced biofuels for use by the military and commercial sectors.

Today at the White House, the Departments of the Navy, Agriculture and Energy announced new contracts to construct and commission biorefineries capable of producing drop-in, military-compatible fuels that can be used in our most advanced warfighting platforms and by commercial industry.  Together, the three companies receiving the awards will produce more than 100 million gallons of military grade fuel – at a price that’s competitive with fossil fuel.

The awards, made under Defense Production Act (DPA) authorities, mark important progress on the President’s Climate Action Plan (CAP). The CAP calls upon the Administration to leverage partnerships between the private and public sectors to deploy cleaner fuels. It also specifically tasks the Departments of the Navy, Energy and Agriculture to work with the private sector to accelerate the development of cost-competitive advanced biofuels for use by the military and commercial sectors. 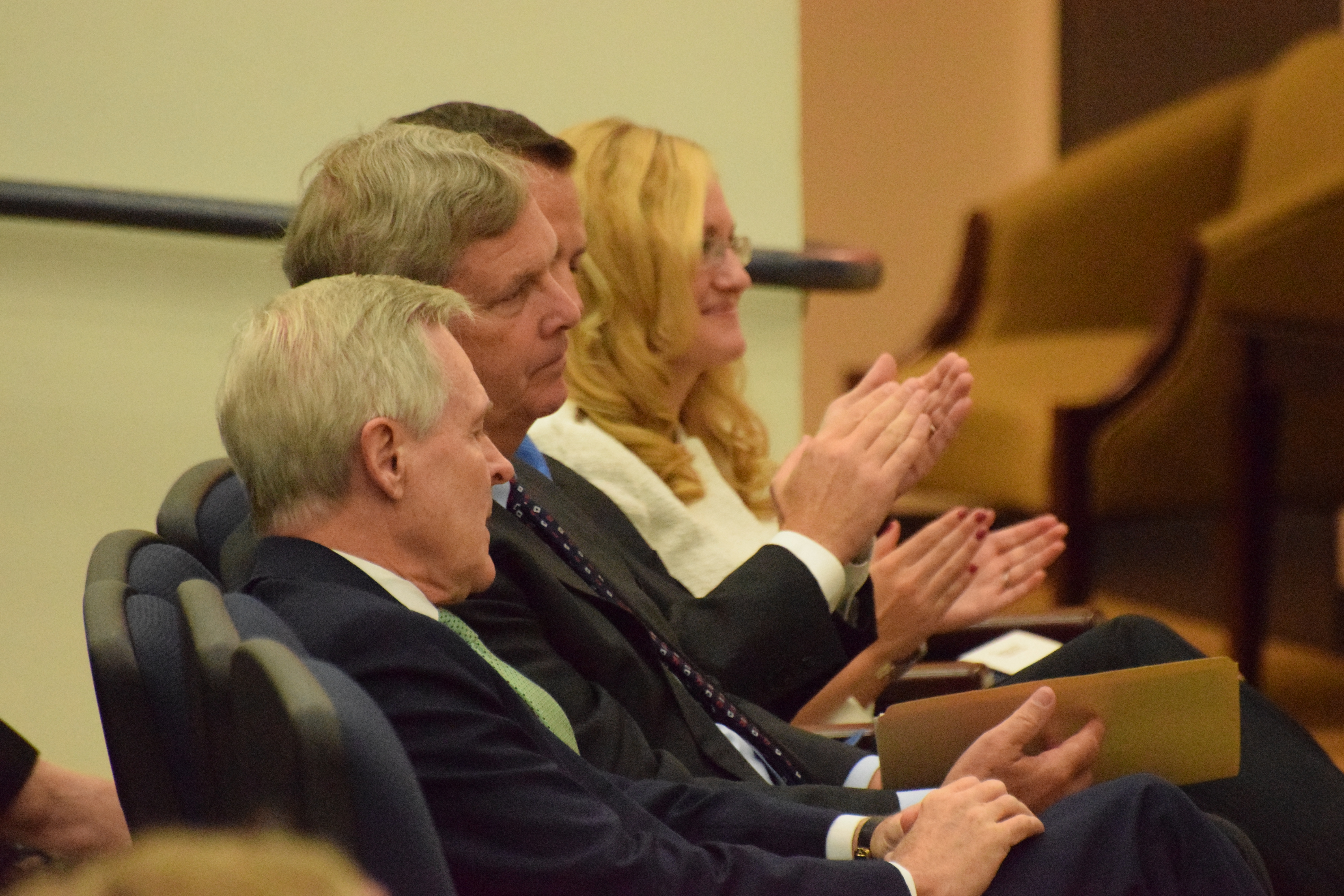 Secretary of the Navy Ray Mabus, Secretary of Agriculture Tom Vilsack, Acting Chair Mike Boots, and Kate Brandt (pictured above) joined Deputy Secretary of Energy Daniel Poneman to announce new contracts to construct and commission biorefineries at an event at the White House. Photo courtesy of the White House Council on Environmental Quality.

This success story builds on previous efforts across the government to promote the development and use of advanced biofuels. The Navy has tested and certified their entire fleet to operate on these fuels and in 2012 demonstrated a carrier strike group during the Rim of the Pacific naval exercise in which all the air craft and conventional ships operated for two days on drop-in biofuels. Through its Biomass Crop Assistance Program and Loan Program, USDA has supported farmers and the construction of new advanced biofuel refineries including an algae biofuels project in New Mexico and a first of a kind commercial-scale cellulosic biofuel refinery in Florida. DOE has also been a major champion of advanced biofuel technology through the Bio Energy Technology Office and earlier this month celebrated the grand opening of the POET Project LIBERTY, the nation’s second commercial-scale cellulosic refinery.

Biofuels have an important role to play in fostering rural economic development and reducing greenhouse gas emissions from the transportation sector, all while increasing our energy security. Today’s announcement is an important step forward in accomplishing these goals, and in implementing the President’s Climate Action Plan.