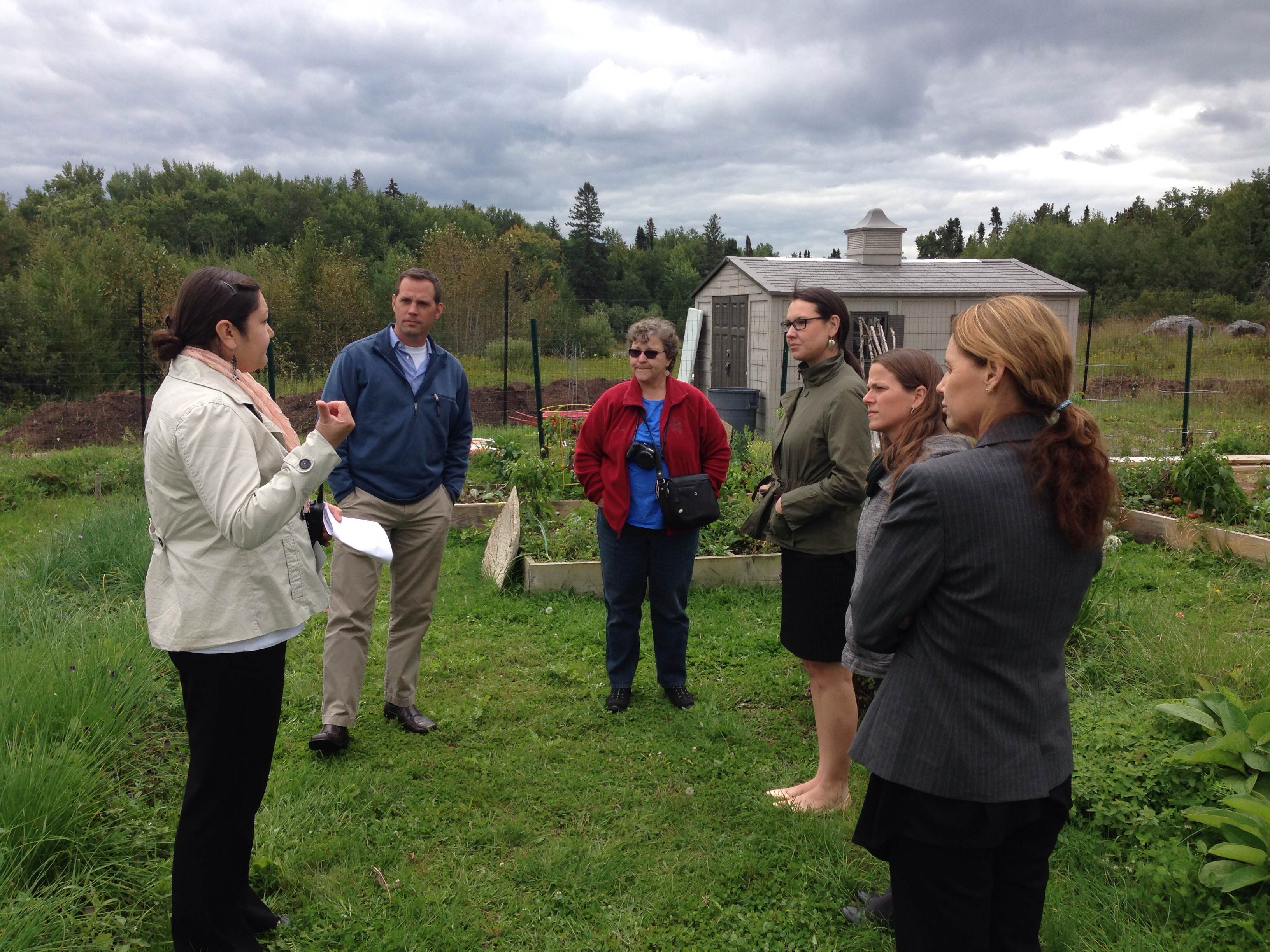 Acting Chair Boots and other Administration officials visit tribal Chairwoman Karen Diver at the Fond du Lac Band of Lake Superior Chippewa Indian Reservation to learn about the Tribe's efforts to prepare for the impacts of climate change. Photo courtesy of CEQ.

Last Friday I had the pleasure of visiting the Fond du Lac Band of Lake Superior Chippewa Indian Reservation.  I was joined by Raina Thiele, Associate Director of White House Intergovernmental Affairs, and Ann Marie Bledsoe Downes, Deputy Assistant Secretary at the Department of the Interior. We toured the reservation and facilities with tribal Chairwoman Karen Diver, a member of the President’s State, Local, and Tribal Leaders Task Force on Climate Preparedness and Resilience, and the Tribe’s Resource Management Division.

Over the course of the day, I visited Deadfish Lake, where the Tribe is working to restore wild rice harvests; Simon Creek, where the Tribe monitors hydrology; a newly installed bridge, which replaced a large stretch of road that had been washed out due to a major 2012 flood; and the Fond du Lac Ojibwe School’s community and journey gardens.

As a member of the President’s Task Force on Climate Preparedness and Resilience, Chairwoman Karen Diver is responsible for advising the Administration on how the Federal Government can better support communities across the country that are dealing with the impacts of climate change.

As a result of her efforts, and the efforts of her fellow tribal leader task force member, Mayor Reggie Joule of Alaska’s Northwest Arctic Borough, the Administration announced a new Tribal Climate Resilience Program to help tribes prepare for climate change at the fourth and final task force meeting.  We look forward to continuing to work closely with Chairwoman Diver and tribal leaders across the country as they prepare for the impacts of climate change.

Mike Boots is Acting Chair of the White House Council on Environmental Quality.