September 19, 2014 at 2:40 PM ET by Tanya Somanader
Twitter Facebook Email
Summary:
Today at the White House, President Obama joined Vice President Biden and Americans across the country to launch the It's On Us initiative.

Today at the White House, President Obama joined Vice President Biden and Americans across the country to launch the “It’s On Us” initiative -- an awareness campaign to help put an end to sexual assault on college campuses.

It's On Us asks everyone -- men and women across America -- to make a personal commitment to step off the sidelines and be part of the solution to campus sexual assault.

"An estimated one in five women has been sexually assaulted during her college years -- one in five," the President noted. "Of those assaults, only 12 percent are reported, and of those reported assaults, only a fraction of the offenders are punished."

For anybody whose once-normal, everyday life was suddenly shattered by an act of sexual violence, the trauma, the terror can shadow you long after one horrible attack.  It lingers when you don’t know where to go or who to turn to.  It’s there when you’re forced to sit in the same class or stay in the same dorm with the person who raped you; when people are more suspicious of what you were wearing or what you were drinking, as if it’s your fault, not the fault of the person who assaulted you.  It’s a haunting presence when the very people entrusted with your welfare fail to protect you.

To work so hard to make it through the college gates only to be assaulted is "an affront to our basic humanity," the President said.

It insults our most basic values as individuals and families, and as a nation.  We are a nation that values liberty and equality and justice.  And we’re a people who believe every child deserves an education that allows them to fulfill their God-given potential, free from fear of intimidation or violence.  And we owe it to our children to live up to those values.

"It is on all of us to reject the quiet tolerance of sexual assault and to refuse to accept what’s unacceptable."

The Obama administration has taken steps to help bring an end to campus sexual assault by: 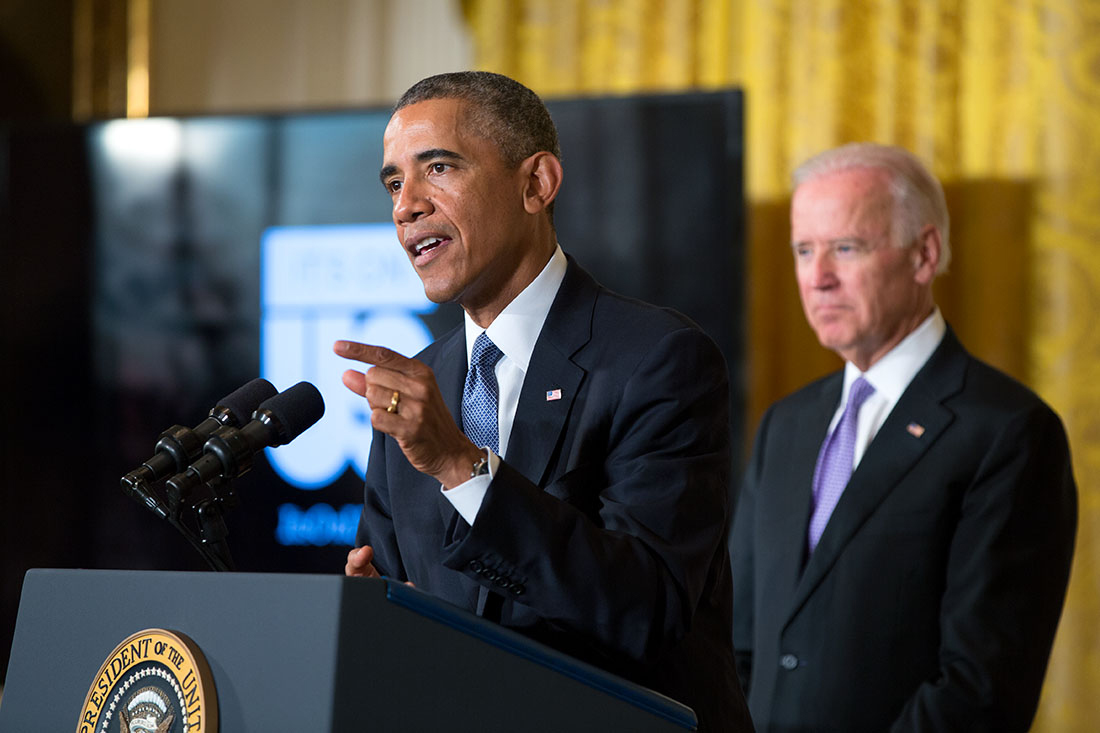 President Barack Obama, with Vice President Joe Biden, delivers remarks at an event to launch the "It's On Us" campaign, a new public awareness and action campaign designed to prevent sexual assault at colleges and universities, in the East Room of the White House, Sept. 19, 2014. (Official White House Photo by Pete Souza)

But "as far as we’ve come, the fact is that from sports leagues to pop culture to politics, our society still does not sufficiently value women," he said. "We still don’t condemn sexual assault as loudly as we should. We make excuses. We look the other way. The message that sends can have a chilling effect" on young men and women.

It's on us -- all of us -- to stop sexual assault. Here are a few tips on what you can do to be part of the solution:

If you are a victim or survivor, or helping someone in that situation, go to notalone.gov to get the resources and information you need. You can also call the National Sexual Assault Hotline at 1-800-656-HOPE.

The NCAA, Big Ten conferences, MTV, VH1, and a few others you might recognize have already made a personal commitment to help stop sexual assault. See why -- then join them in taking the pledge at ItsOnUs.org.