"The Most Important Title is 'Citizen'": President Obama on the Significance of a Civil Society

September 23, 2014 at 5:09 PM ET by Tanya Somanader
Twitter Facebook Email
Summary:
Speaking to the Clinton Global Initiative in New York, New York, President Obama explained how the voice of one citizen can remind us why a civil society is so essential. 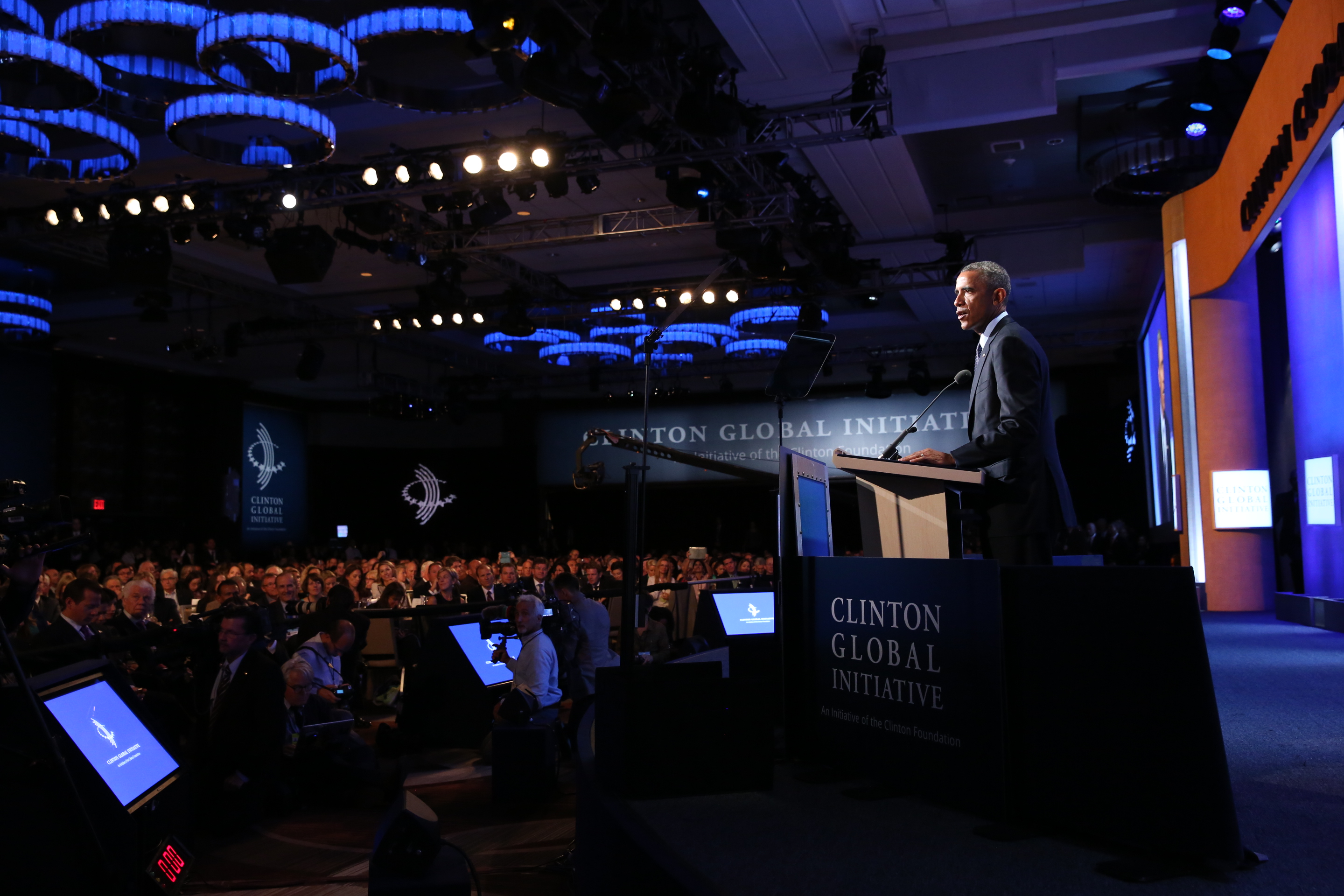 The courage of Berta Soler, the leader of Cuba's Ladies in White who endure harassment and arrest to win freedom for the Cuban people.

The determination of Russians in Moscow and St. Petersburg, speaking up for the rule of law and human rights in their country.

The hope of young Palestinians in Ramallah, dreaming of building their future in a free and independent state.

Speaking to the Clinton Global Initiative in New York, NY, President Obama explained how the voice of one citizen can remind us why a civil society is so essential:

Citizens remind us why civil society is so essential. When people are free to speak their minds and hold their leaders accountable, governments are more responsive and more effective. When entrepreneurs are free to create and develop new ideas, then economies are more innovative, and attract more trade and investment, and ultimately become more prosperous.

When communities, including minorities, are free to live and pray and love as they choose; when nations uphold the rights of all their people -- including, perhaps especially, women and girls -- then those countries are more likely to thrive.  If you want strong, successful countries, you need strong, vibrant civil societies.  When citizens are free to organize and work together across borders to make our communities healthier, our environment cleaner, and our world safer, that's when real change comes.

"It is citizens -- ordinary men and women, determined to forge their own future -- who throughout history have sparked all the great change and progress."

A citizen is a powerful force for change. That is why more and more governments are doing what they can to silence them -- from Russia to China to Venezuela and more. "This growing crackdown on civil society is a campaign to undermine the very idea of democracy. And what's needed is an even stronger campaign to defend democracy," the President said.

To carry that campaign forward, he announced a series of new steps the United States will take to protect and promote the strength of civil societies across the globe:

The realities of America's national security present imperfect choices, forcing the U.S. to work with governments that do not fully respect the universal rights of their citizens in order to protect the safety and security of Americans. "But that does not mean that human rights can be simply sacrificed for the sake of expediency," the President said.

"When your governments may try to pass oppressive laws, we’ll try to oppose them. When they try to cut off your funding, we’re going to try to give you a lifeline. And when they try to silence you, we want to amplify your voice."

"If, amid all the restrictions, and all the pressure, and all the harassment, and all the fear, if they try to tell you that the world does not care and that your friends have forsaken you, do not ever believe it," President Obama said. "Because you are not alone. You are never alone."

In the darkest hours of our trials, President Obama urged all to remember the words of Dr. King: "The arc of the moral universe is long, but it bends towards justice."

The reason we support civil society is because we have seen in this country of ours that it does, in fact, bend toward justice. But it does not do so on its own. It does so because there are hands of ordinary people doing extraordinary things every single day and they pull that arc in the direction of justice.

That's why we have freedom in this country. That's why I’m able to stand before you here today. And that's why we will stand with them tomorrow.