Celebrating Open Government Around the Globe

September 24, 2014 at 5:45 PM ET by Gayle Smith, Nick Sinai
Twitter Facebook Email
Summary:
To mark the OGP’s third anniversary, President Obama joined with heads of state from other participating countries to celebrate these steps to improve the ability of citizens to engage with their governments and better harness the power of transparency to drive growth. 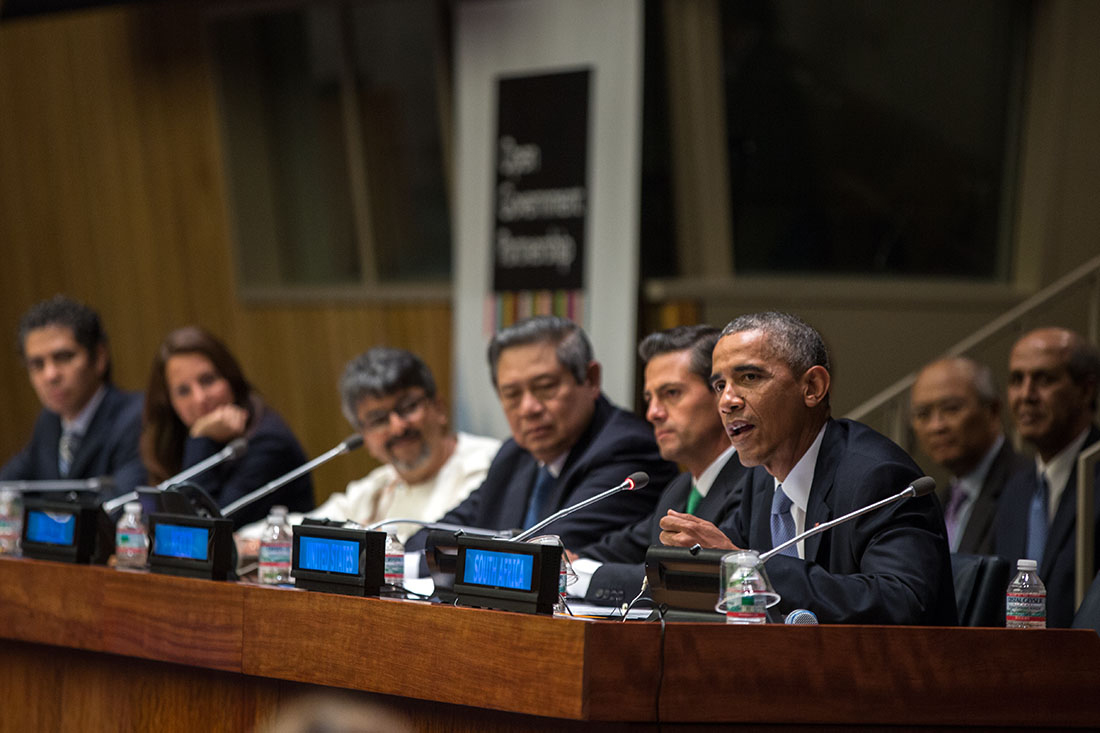 The Open Government Partnership (OGP) began three years ago with eight countries committing to be more transparent and to fight corruption alongside civil society. Today, the OGP has grown into a partnership that includes 64 nations and hundreds of civil society organizations, who together have made more than 2,000 commitments to advance open government for more than 2 billion people around the world.

To mark the OGP’s third anniversary today, President Obama joined with heads of state from other participating countries to celebrate these steps to improve the ability of citizens to engage with their governments and better harness the power of transparency to drive growth:

Here in the United States, we are accelerating our efforts to open up government data to fuel entrepreneurship and economic growth, modernize our Freedom of Information Act with input from experts, and harness American ingenuity to solve important problems.

The United States remains a global leader on open government, but there is still progress to be made domestically and around the globe. All OGP member countries must face the challenge of corruption head-on and ensure that governments, financial institutions, and legal systems are transparent and are working effectively to prevent corruption and money-laundering and bring wrongdoers to justice. The United States will continue to take action to prevent the U.S. legal and financial systems from being exploited by those who engage in corruption. And we must actively seek out participation of civil society — an equal partner in OGP.

The United States will continue to lead open government efforts as a member of the OGP steering committee, working with our government and civil society partners in continuing to transform the way that governments serve their citizens in the 21st century.

Gayle Smith is Special Assistant to the President and NSC Senior Director for Development and Democracy. Nick Sinai is the U.S. Deputy Chief Technology Officer.