September 24, 2014 at 7:04 PM ET by Tanya Somanader
Twitter Facebook Email
Summary:
Today, President Obama led the United Nations Security Council in unanimously passing a binding resolution to stem the flow of foreign terrorist fighters into -- and out of -- Iraq and Syria.

Today, President Obama led the United Nations Security Council in unanimously passing a binding resolution to stem the flow of foreign terrorist fighters into -- and out of -- Iraq and Syria.

In its nearly 70-year history, the United Nations Security Council has only met six times at the Head of State level. "We convene such sessions to address the most urgent threats to peace and security," the President said, who called the meeting to specifically address this growing threat:

Our intelligence agencies estimate that more than 15,000 foreign fighters from more than 80 nations have traveled to Syria in recent years. Many have joined terrorist organizations such as al Qaeda’s affiliate, the Nusrah Front, and ISIL, which now threatens people across Syria and Iraq. And I want to acknowledge and thank Prime Minister Abadi of Iraq for being here today.

In the Middle East and elsewhere, these terrorists exacerbate conflicts; they pose an immediate threat to people in these regions; and as we’ve already seen in several cases, they may try to return to their home countries to carry out deadly attacks.

The historic resolution that the Security Council adopted today is a legally binding commitment that nations have made to confront this challenge. Specifically, nations committed to:

"This resolution will strengthen cooperation between nations, including sharing more information about the travel and activities of foreign terrorist fighters," the President said. "It makes clear that respecting human rights, fundamental freedoms and the rule of law is not optional -- it is an essential part of successful counterterrorism efforts."

"These terrorists believe our countries will be unable to stop them. The safety of our citizens demand that we do." 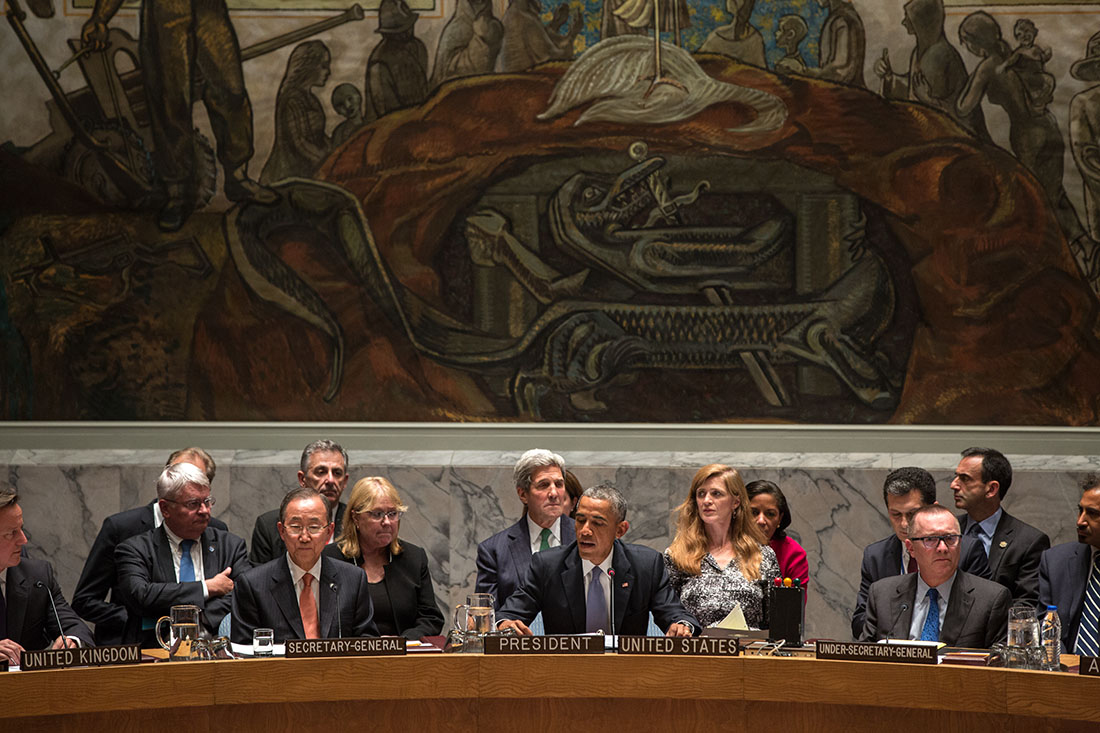 The resolution also recognizes that there is no military solution to this problem, and therefore calls on nations to work with community leaders -- family, friends, neighbors, and faith leaders -- to identify and help disillusioned individuals before they turn to violent extremism.

"These are the standards we must now meet," the President said. However, a resolution alone will not resolve this challenge:

Promises on paper cannot keep us safe. Lofty rhetoric and good intentions will not stop a single terrorist attack.

The words spoken here today must be matched and translated into action, into deeds -- concrete action, within nations and between them, not just in the days ahead, but for years to come. For if there was ever a challenge in our interconnected world that cannot be met by any one nation alone, it is this: terrorists crossing borders and threatening to unleash unspeakable violence.

These terrorists believe our countries will be unable to stop them. The safety of our citizens demand that we do.  And I’m here today to say that all of you who are committed to this urgent work will find a strong and steady partner in the United States of America.